I am currently running Antergos for my media server but the packages often break the server.

I am receiving a tuner card or two today and need to decide what to do about the server. I am going to write a guide on setting the whole thing up.

Which distro should I use?

The following software is in use on the server:

LVM2 for the media drives

I use an SSD for the OS and currently 2 drives of differing sizes for the media drives.
The Media drives are in an LVM2 volume group mounted at /mnt/Multimedia.
the OS sits on the SSD without using LVM.

Ubuntu will probably have the most documentation,reliability, and ease of use while still staying somewhat up to date security wise.

i do like the Fedora DNF automatic function. It allows me to have it automatically install security updates

i would recommend fedora but the server variant of the distro. will be more stripped down and will be a more basic install

I've used Arch for servers before. It's got it's benefits and drawbacks. The AUR kicks ass for things like Sonarr and NZBGet, but the fact that arch is rolling causes you to need to go in and update the software quite often or else you end up with incompatible ABI versions.

For this use case, you're probably best off with Ubuntu or Debian. There's debs for everything and guides out the wazoo. At this point in the Linux ecosystem, you're probably going to be good off with any distro you choose. Just make sure it's something you're comfortable with or willing to learn.

Have you looked in to Open Media Vault?

I did but it did not function as it should. It was kind of a nightmare. It would probably work well as a file server but not as a media server/download server.

All of those have good repositories for Ubuntu, so you shouldn't be far behind a rolling distro without the burden of maintaining it.

I'd go Ubuntu. Depending on your needs, you might consider a minimal install and build it up as such. That's how I did it (coming back from rolling as well, mine is a kodi-centric system).

Would you be interested in using Ubuntu with snaps? Most of the packages you listed don't have snaps yet, but they could. I've been looking into snaps recently, and wouldn't mind working with somebody to help learn how to use them. I was already looking into doing one for sabnzbdplus. Having an actual project with a goal would help move me along. The documentation is online, and easy to follow.

i use ubuntu server 14.04.5 LTS with added Mate Desktop, plus subsonic (prem grandfatered for life) for music related services, Plex (prem) for video related functions, OS runs on 2x120GB SSD's in RAID0 (backed up once in a wile), and media storage is on 24x4TB drives running in RAID6

I'd be more interested in making flatpaks for use in all linux systems. 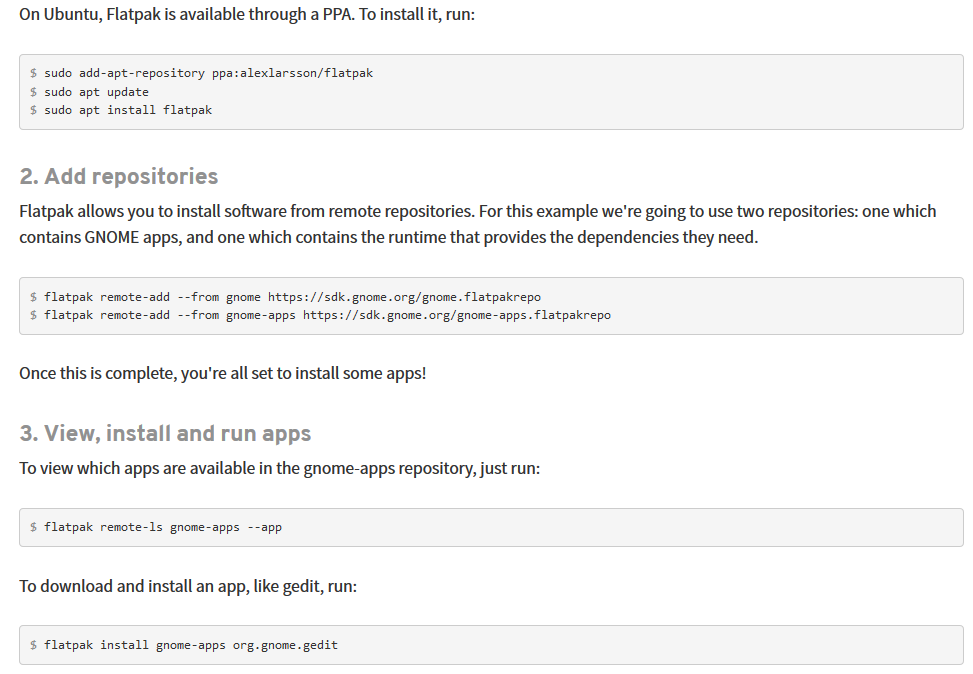 You think flatpak over AppImage?

Flatpak, Snap and AppImages all make me nervous on servers. I'd be wary of them.

Also, they're so goddamn inefficient. "Let's include our entire toolchain in the program's binary release so it just works" yeah, that's a good plan, because you're too lazy to build software that actually works with a distro's native toolchain.

well my dilema is this: I like DNF automatic. I need those apps to work and to work well with my hardware. Hauppauge 1250.
I like Cockpit but also use a monitor.

So you prefer Fedora?

yeah. but im concerned if it will work with the tuner cards. I need to set it up to record and rip comms then transcode to h.264/h.265

DNF automatic is 500x better than any of the snap, flatpak, appimage, etc... abominations that have come out recently.