Season 2 Release of The Boys is Episodic

Season 2 of The Boys has been released and it’s getting hammered with negative reviews . . . not because the show is bad, most reviews say the show is excellent, but Amazon decided to gate the release rather than releasing the whole season at once.

They released the first 3 episodes now, the rest come once a week . . .

Check out the reviews:

Watch The Boys – Season 2 now on your favorite device! Enjoy a rich lineup of TV shows and movies included with your Prime membership.

I don’t get why they do that

If the release spans two- or three months, they retain paid customers longer. People are less likely to get a month’s pass, watch the few exclusive shows, then bounce.
At least, that’s the reason I heard for drawing stuff out
On the other hand, Netflix also do it. But that is because it is cheaper to licence it from the distributor that way

Nope! Would rather abstain than “steal”

Pirating movies is Not theft, but it’s also not Right or honourable.
But fair use is ignored by the studios, so I’m not gonna cry over their potential “losses”

The first season was good. I will not see the second season until they broadcast the whole thing. I hate these weekly premieres.

Most of us pay for Amazon prime anyway, but this is a kinda shity move by them yeah.

I’m annoyed by this, was so ready to binge it.
Also amazon TV app is trash, unsubbing as soon as the boys is over.

They released the first 3 episodes now, the rest come once a week . . .

A perfect example of why I never read reviews. We’ve known for months the next season wasn’t going to be dropped all at once, and suddenly now everyone is butthurt about it?

Sorry, I had no idea this was happening. Not all of us read every bit of news about a show.

I don’t either really, but I heard about it from a friend a while ago. I just find it a strange thing to complain about. I guess I’m old and out of touch.

What is considered Bingeing; 2-3 a day until done, like 5-6 repeated for two days, or going till your brain dead at 4am?

Whole season in two days for me.

I can wait for every episode of season 2 to be released. But this is messed up. One of the primary reasons why people pay for streaming services is the idea that they can binge a new show and not have to wait for a new episode every week like it’s TV or cable. What’s next? Ads? I bet they’ll try to weasel in some ads.

Well, product placement is already a thing in shows without “ads”

I was reading up on this decision, and apparently the show runner states they did this to foster discussion in the show: 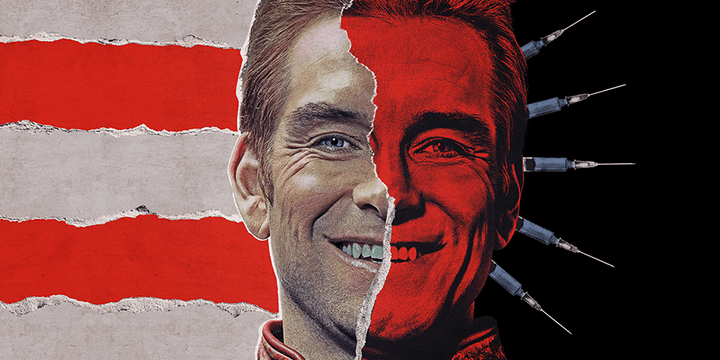 The Boys showrunner Eric Kripke responded to the review-bombing of Season 2, explaining that the weekly release was a creative choice.

“This was from the producers. We wanted this. It was a creative choice.” Kripke continued, “So they may like it or not like it, but they have to at least respect that the people who are making the show wanted it to be released this way because we wanted to have time to sort of slow down a little bit and have conversations about everything.”

He then goes on to complain about getting review bombed:

“We’re fine, and it’ll be fine, but i’s not fun to see bad reviews on a thing people actually love. Like, that doesn’t make the people who make the show feel good. I’ll say that.”

So they made a bad decision that affected over 50% of the viewership of the show but are upset that people used the only tool they had to tell them loud and clear their decision was not appreciated. The hubris here is amazing.