Pretty much this, I keep yammering the same thing over and over. School networks are private, said school is supposed to have you sign an agreement on fair use, that is you abide by what they give you and you do not try to circumvent said protocols.

Gentlemen, I wasn't debating the legitamacy of one's write to perform administrative tasks within a network. You keep the network clean and running smoothly for us all to use, my point is that (in my opinion, no sarcasm at all) there has to be a better middle ground here. What I'm saying is that I believe we have moved into censorship, and the fact that the network is private seems a pretty moot fact in light of the tuition being paid for its upkeep.

My point is that it can be a very, very slippery slope. While some pieces of content should 100% be forbidden (child pornography for instance), there is no need to do the policiing that the record/movie companies should be doing for themselves. I really think that the Universities should take a stand here, because we are already seeing the writing on the wall regarding the evolution of the entertainment industry.

Torrents and P2P services do have legitamite uses, and I find it appalling to think that in a world where a book can literally be given away to billions of people that we wouldn't want to. A piece of fiction I understand, but if a math textbook can be given away to educate the world...where's the harm in that? I suppose the harm is in the fact that the school (any higher education institution) exists to make profit. But hey, I'm really not too worried about bloated Higher Ed. VPN services, because the whole college system is a bubble that will pop soon anyway.

I'm not trying to step on anyone's toes, you guys do a great job keeping networks robust and free of intruders. But I find it saddening that we still can't even share the ability to reason with one another.

Its quite simple here is a break down in a nut shell,

1. OphCrack xp/vista/7 version what ever they are running

2. Burn/boot it on a local school pc.

come on now guys its simple

This has more to do with network integrity & security than censorship.

Consider this... every student on campus is using a p2p and those students who want to use the network for research can't because network traffic is maxed.

p2p is also not a mainstream way to share a book ... that would be http

good school admins (The IT guys on my school). are smart enough to modify the BIOS so it is impossible to boot something else than windows. btw, tried that method first day of school, BIOS had admin password. also no boot option menu.

The school's network is property of the school. They set the rules and policies. Most likely, before you were allowed permission to use their network, you had to sign an agreement saying you'll abide by their policies, rules, etc. School's don't block access to certain ports/IPs/services, etc. just to piss you off. They do it to preserve the integrity and security of the network. Most of the time, if they don't explicity use a port or have a use for it, they'll block it. Unnecessarily leaving ports open just makes it all the more easy for a hacker to gain access through it.

At my school they allow you to do pretty much whatever you want on their network as long as, 1) It's not illegal. 2) It doesn't put excessive strain on the network. 3) It doesn't compromise the security of the network.

Why don't you just use Remote Desktop to remote into your home computer and do your shenanigans there, that way everything you're doing is effectively through your own network and the school's network is nothing more than a gateway/portal.

From my understanding they're using a DNS redirect that's probably software based, as I've never come across anything like that that's hardware based. Your best bet is to use VPS/VPN, although to bypass a redirect I'm not 100% sure if it'll work. If they're going as far as to bypass any service that connects outward that isn't whitelisted (I.e: Port 80 with DNS exceptions) then you're kinda SOL.

You might have some luck with an SSTP VPN service. It runs through port 443 which is the same as HTTPS so you might find it wont get throttled. I run my own SSTP VPN and it bypasses a lot of netcafe stuff (i dont even have to agree to their terms and conditions im on my own net instantly) and it will also get through china's firewall really easily.

Have sex with one of your female teachers and then tell her that her job as a teacher could be compromised if she doesnt give you her login for unrestricted internet access. Works 100% of the time and it is free!

I myself use IPflood (ipfu*k) for firefox to get around resticted networks. If you ever use Macs the browser Opera gets right around the blockers

there is always .CMD save it as a bat file threw a txt document to open it and just mess around you can get any thing really threw cmd.

Actually AirVPN allows you to route through numerous different ports (53, 80, 443 TCP or UDP), Whenever I'm on campus I use TCP/80 or TCP/443 through OpenVPN on my phone and it works great, however, all UDP traffic is blocked as is 53 outgoing, but I'm not complaining.

In my school its really easy to get pass the "DNS blocks". What they do is they pass traffic through their proxy which then filters all the "inappropiate websites", and redirects you to the "NO! Naughty, Naughty!" page.

What I did is, I downloaded a portable version of Firefox (chrome might work, dont know how proxies are configured through it though), and under Options > Settings > Advanced... I changed the proxy setting to "No Proxy".

And voila, I had access to all the internets. But i think this might just be my school being dumb not blocking traffic that doesnt go through the filter. 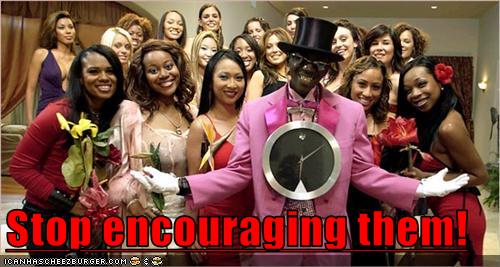 srsly, don't even try, don't risk it, it's not worth it

There's nothing you're going to be able to do that is some majic trick like you want. There's no super secret key combanation to suddenly double internet speed.

Basically you have to change the internet ports and you're going to need ROOT acess and honestly if the admin isn't a total retard you're going to get caught very quickly. The fact that you're asking these questions leads me to believe that you probably don't know how to hide traffic or encrypt it so i'm going to go ahead and just tell you to deal with it until you can afford an internet stick.