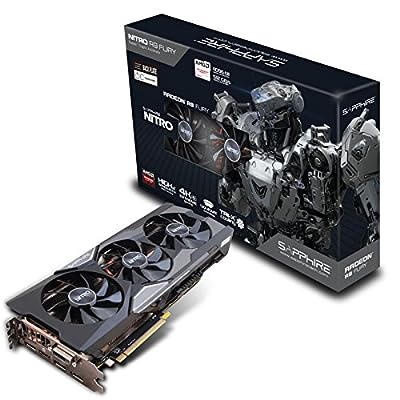 The only issue I've ever had with AMD drivers was a the time of Skyrim when one update completly broke the texture rendering of the game and that's it. Other than that my experience with AMD has been smooth (maybe because I'm just a pleb PC owner, who knows lol)

Well for starters no HDMI audio is a big let down.

So far, I've only experienced two problems with AMD drivers. The first one was regular CTDs when playing AC:Rogue in ultra settings (I reported the issue and it seemed to be driver related then, don't know if it is fixed yet) and the other is that I'm not able to use WattMan without it locking my memory speed to 150MHz after a couple of restats (reported this issue to AMD).

Both problems were easy to fix. I played AC:Rogue on high and I rolled back to 16.11.5. (That being said, I consider the second one a bigger issue)

Personally ive had great luck with the RX 480 from MSI. the gaming X version to be specific, could be worth checking out to give you some more ideas for which one to try and replace your card with

Runs very cool and quiet, and never gets above 70c for me most of the time. in case you need to get a different card, either the XFX one people have been mentioning or this one would do you just fine.

Sapphire basicly is the pioneer wenn it comes to AMD cards.
They are also responsible for all the reference card designs.
Sapphire is a decent brand no single doubt about it.
But i agree that i was initially dissapointed seeing they had ditched the great TriX and Vapor X designs this time arround.
In my opinion the RX480 would have been allot better with a Nitro, TriX cooler on it.

Or the toxic one.

Yeah the Toxic was also a good one.