I have a problem with my GPU Sapphire Nitro+ 6900xt, that crashes in stress situations (and not only). I just built a new pc, and every piece is new, at the end of the message you can find my config.

So to go more in details, I was trying to simply benchmarck the card with Heaven, and I did not seem to have encouraging results. I was initially having troubles in doing it in every setting except at low quality, where it went smoothly. As soon as I put the settings up to medium, the screen would go black after few minutes and the whole computer rebooted.

I tried to remove drivers with UDD and then I installed them again and I connected the GPU to the PSU via three different cables (before there were two cables only), and after these changes nothing different happened, the GPU was still rebooting the whole PC when set on medium quality;
however, for whatever reason, after few hours I tried again (changing nothing) and it eventually seemed to be able to run a benchmark with either low and extreme quality. The average quality is ok, apart from the fact that at some stages the screen becomes completely black and once is on again, the benchmarking is still going while the whole AMD program crashes.

From times to times I also seem to get BSOD with different errors every time.

I then tried to play a simple videogame, which only required around 50% GPU but the game caused a crash of the whole pc again.

I don’t understand what kind of problem could be, and it is so frustrating, what would you suggest me to do to try and fix it?

Everything has not been overclocked and is running as it comes out of the box, as I want to get stability first (when will it happen), and then try to move something around

It could also be an issue with your RAM, especially with it being a new system. I’d run a memory test first before attempting further GPU troubleshooting.

Nice, that produced a rather interesting result. The test showed an hardware problem, but did not specify what kind of error. I opened my PC and found my only stick of Ram on my third slot. Even more interesting when I found that on my first slot the PC would not boot at all, but would only stay with the fans on. However, on my second slot it starts and seems to work fine at the moment.
I need to do another memory test now, and see how it goes, hopefully that’s it!
Thank you for your answer, definitely solved a problem

Unlikely that the CPU has a bad seat but that is a symptom of it, modern systems want ram in the last slot and 2nd slot

Failing a memtest usually means the ram is bad

With bad seat, do you mean the position of it on the mobo? If that’s it, it should be a problem covered by the warranty (hopefully), because everything is new and I have been extra-delicate and careful with every little component. Anyway I was not planning on using the four slots, I only use the computer for gaming, and once I will get to 32gb of ram with two sticks, I must be able to be covered for a good while.

Test done again, this time completed and passed!!! I have to try the benchmark again now

It means the CPU isn’t making even contact with the pins in the socket, taking it out and putting it back in usually helps

As @GigaBusterEXE mentioned modern motherboards have a specific order the RAM slots should be populated in. For your specific board, if using a single DIMM it should be installed in slot DDR5_A2. If that’s the slot it came out of, try and reseat the DIMM in it and test again would be my advice.

The whole screen going black sounds like a power issue. I suggest swapping the power cables to a different set of outputs on the power supply. For example… On my EVGA Supernova 1300 G2, I was using VGA 1 and VGA 2 and VGA 3 for my 3090. Then I discovered that sometimes the 3090 would pull so much current it would trip the safety on my power supply and shut down my computer. (my 3090 can spike above 500w power draw.)

So I moved my power cables for the 3090 to VGA 1, VGA 2, and VGA 6 instead. This shifted the power draw to separate lines in the power supply itself, so it was no longer drawing all the current through those three plugs - notice how the plugs are stacked on top of one another, they basically are all on the same rail in the power supply because they are stacked. By swapping the lines around a little, it split up the power draw and solved the problem. This fixed the issue for me. 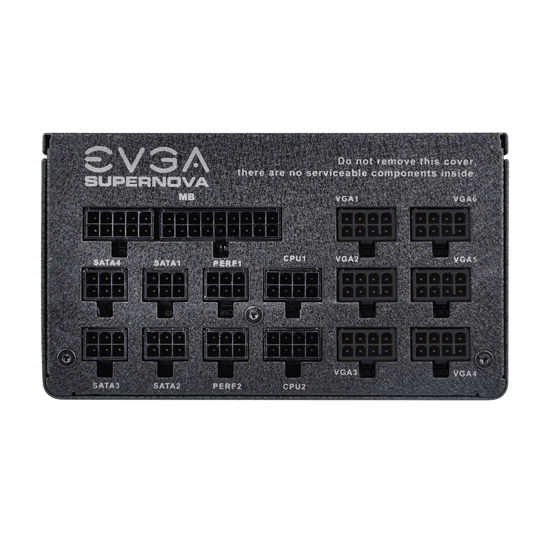