Samsung has finally showed us what is now the Galaxy S6.

And personally i kinda feel as if they shot themselves in the foot.

Say what you want about Apple but they were the very few that indirectly said "You want extra storage? buy the expensive model, screw you, you want a bigger battery? wait till we drop the next iPhone" now Samsung has adopted this, where now the Galaxy S6 aesthetically looks similar to an iPhone, has a glass glossy back "similar to the old iPhone 4s" and now the battery is no longer removable and the storage is no longer expandable.

For the most part, i'm a believer that most people care for samsung cause they make high end phones with expandable storage, but now that that is gone, what do you have? a High specification iPhone? i know a few people who grab samsung just for the high end specs and expandable storage despite their divine hatred for Touchwiz. the thing that sort of scares me is that i HOPE the rest of the phone manufacturers don't hop on this band wagon and remove expandable storage either.

Anyone else feel alittle bit upset about this? cause overall for people that care for high-end phones the only companies really left that let you expand your storage is Sony, LG, and HTC.

I think the techies will stop buying Samsung phones but I can easily say that a majority of Samsung's market share is based off of their ad dollars being successful and stupid people buying them... We are seeing more and more phone manufacturers going to unibody designs because majority of the market doesn't think about replaceable batteries or expandable storage. They just want something that work and looks good. I think Samsung might have accomplished that and we will see how their sales go.

The better of this next generation is to get the G906 and be done with it. Currently that's the only Samsung device worth getting. Still, my G900F will do for now.

Still sticking with my N9. The N9 is awesome. I never want to switch phones ever again.

I think that as a fashion accessory that this device succeeds. However, both my parents have the S5 they love it, mostly for the battery life, water resistance, and removable back cover to access SD and battery. So they increased the screen resolution, but it doesn't make much difference at that screen size/ppi. I know people who bought the S5 who work in logging, construction, etc. who bought the phone SPECIFICALLY for it's ruggedness. Ah well, I've got my OPO and can't wait for the #OnePlus2.

I think Samsung was just under a little bit of pressure since every time they came out with a new phone, people would hark on it since it had a plastic build.

However, they should have found a way to allow access to the battery and have microSD card expansion. I have a feeling that a lot of old Samsung users are going to go elsewhere, but there are going to be many new people coming to Samsung as well due to the more premium phone design.

@Some_Tech_Noob
I'm a former Samsung user, I've owned the very first galaxy phone, the "Galaxy S Epic" so i'm no stranger to Samsung. I've also owned a Galaxy S3 and that was personally the worst experience I've ever had with a Samsung device. i actually preferred the first "Galaxy S Epic" over the S3 which is pretty sad, and I hated Touchwiz ever since. I asked a few friends who are "Die-Hard" Samsung users, [they all own the Note 4 and have owned all Galaxy Note Phones] what they thought of the lack of SD and battery removal. The first thing they told me is that if this is adopted on the note 5 they are jumping ship. i do agree the phone is nice, but people who've owned previous Samsung phones are probably going to jump ship with this as well. since the lack of SD card expansion is a BIG NO! for these devices considering Android eats up too much space as it is, and so does the applications.

I was between the HTC One M9 and the GS6, look's like I'll be an HTC customer for another year. I CAN NOT live without my micro SDXC cards.

I personally can't see myself buying a non-nexus phone anyway, and I think that S2 was the last good Galaxy phone.

With ROMs like CyanogenMod, who needs a Nexus device these days? 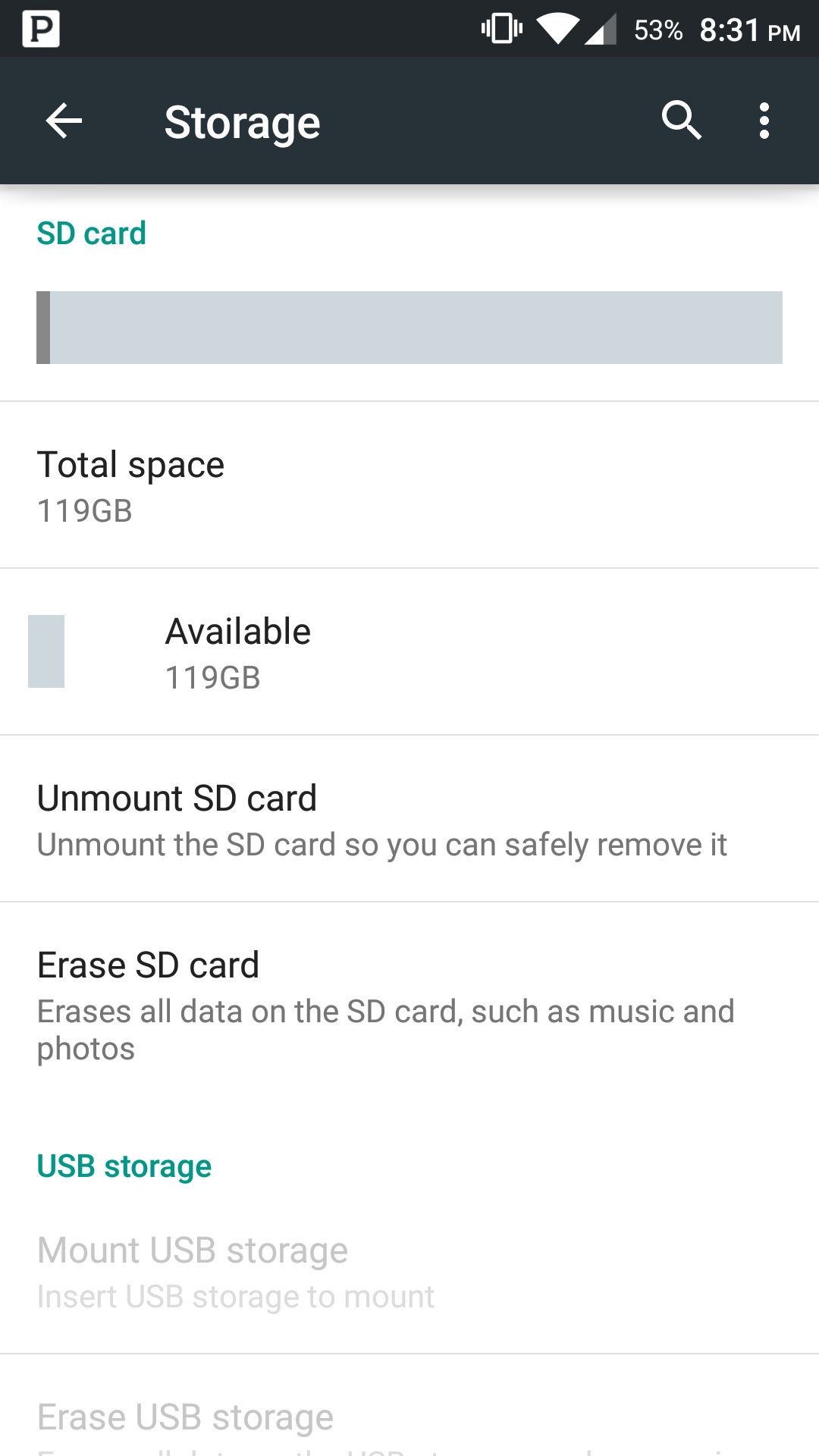 Well, if manufacturer doesn't make it a bother to install them and releases binaries for hardware support, then yes. But it's not true for all manufacturers.

A fellow music over buyer!

Don't go for an Exynos device. Stick with Snapdragon devices and you'll be golden.

A lot phones are already supported by Cyanogenmod, some really obscure brands at that.

Who needs this phone when you can just flash Cyanogenmod, they've expanded their official ports on lots of phones.

Samsung is not marketing to tech savy people with the S6, There trying to reach the every day consumer. The S6 will be a good phone for that market accept for one fatal flaw, the battery. A 2500mah battery is not enough to power a 1440p phone. A 3500mah battery is barely enough.

I actually think they did pretty well this time around.

Expandable storage is a non-issue for me, 32GB is more than plenty as I only keep music and photos on my phone. My current device also has a non-removeable battery but can be easily changed/upgraded with simple tools and a how-to video.

I'd be more likely to pass on this phone due to TouchWiz rather than the above issues assuming battery life out of the box isn't shit.

Christ, al this BS about "samsung copying apple" is getting really old. Ford does not sue Honda because Honda's also have four wheels, now do they?

Smartphones have a standard model and both Samsung and Apple follow it. The GS6 looks like the Ativ S and the Xiaomi Mi4, meaning that if anyone copied anyone, Apple copied others and not the other way around. And don't get me started about all the software features Apple simply stole from all other manufacturers.