(Sadly) Switching back to windows

After using Ubuntu Gnome for about a week now, and sadly, i'm switching back to windows. I did a few benchmarks and the game performance on linux just doesn't match up as well as i had hoped with windows. Now, i love how things work on linux, i prefer it over windows actually, but linux just doesn't have as much support (and i know people like me are the problem :P). Well i'll probrable take a lot of flak for this but.

Now i will still be using linux on my HTPC box, so hopefully I wont completely abandon linux, but to everyone who has a problem with this

Personally, I don't like all of this promotion of gaming on linux because linux at it's core is bred for productivity (coding, extreme uptimes, security etc).

Gaming on linux is something everybody thinks they want because they love a one stop shop kind of idea but the truth of it is when something tries to be a master of everything it ends up being inadequate at everything (look at how things are going for other OS's and you'll see what I mean).

This is why I think linux is so special, it can be flavored'd into different purposes from headless servers, voip systems, firewalls etc. The least important flavor of linux, in my opinion, is the desktop and entertainment environment.

Linux has thrived in areas where other operating systems like Windows and Mac have failed to take hold - the server environment.

Saying that you've done gaming benchmarks in linux and found the performance doesn't match up to windows is like matching up grandmas motorized wheelchair with a Tesla Model S and expecting the performance to be on par.

It's great what the Tek is doing with promoting linux and even showing some crazy examples of how to use linux for everything, even gaming (albeit with some nuts virtualization), but I think we should be promoting and using linux for what it's best at, being a beast... ultra stable... workhorse of a platform to get real world work done.

Linux is great because of it's shudder at this word often extensibility in the kernel space, it's comes open source at the helm and the entire community can work on it to make it better.

With Steam streaming it's easy to get a near-headless/dummy terminal running favorite flavor of linux to sit behind a monitor on your desk and have your heat soaked gaming computer in a closet in your basement.

the only thing I can tell you about performance is that Gnome is not optimized for drivers at this time so I have noticed that if you want the games to run at peak performance you need a desktop environment like Unity, KDE, or XFCE. I love gnome but it still has some work to do. My advice is to try unity before wiping. You can install unity on ubuntu gnome and change the compositor from gdm to the one used in stock I believe it is ltdm or something. But if you switched to Linux just to play games, that might have been the problem. Might I ask what benchmarks you ran? when I benchmark under Linux, I use Phoronix-Test-Suite. 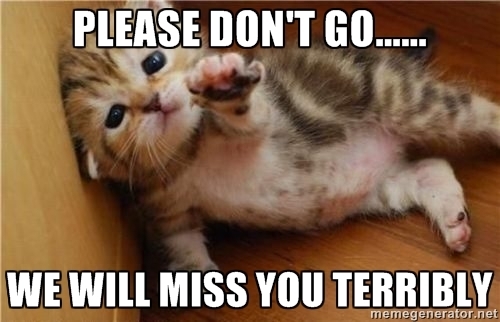 @LinuxMaster9 I think that this is relevant:

Could just use Windows for gaming and linux for everything else.

Could just use Windows for gaming and linux for everything else.

That's what I do. Gaming on Windows and work on Linux.

yea, that is what most do.

Although, I am considering the KVM setup that Wendell just did. i just need something besides my 4770k

I like what he does but the thing being that most people don't know or bother to setup the no DE effects setting. thus, the DE runs effects in the background while the full screen app is running. Which can affect the performance. there is also something that irked me about his video.

He showed he was running Ubuntu 15.04 yet was using Gnome shell 3.14 ...... when Gnome is on 3.18. the main issue is that gnome has issues with Catalyst drivers from time to time depending on the version of catalyst. As shown by the number of threads about gnome and AMD.

Also, i just tried to find the kwin setting under KDE 5.3 for noredirect.........it's not there. And I can not find any documentation on setting that setting. so........... yeah. not something the kiddies would know about.

Finally found it under "expert settings" in the Compositor settings under Hardware. it was not called 'noredirect'.

Plus, there is a notice when activated that says: " Having full screen windows bypass the compositor is not supported on every hardware."

I can completely understand this.
As soon as I had linux in bed I didn't want to stop, but as a newbie you get tired easily. After about a week one would think "Welp, time to make a decision" but I went back to windows XP, which at the time was what I had and I still prefer it tbh, but I went back and it felt dirty. I went to install something in the command prompt by accident A LOT. In that I decided to go back and I went for a month. I found out about wine, IRC, learned some python, and found out more about linux in one month than I had in a week. Most of the week was just fucking around.

If you wanted to try things out like gaming, then go over to gamersonlinux.com and theres a shit ton of guides for dos games to skyrim.

Hope you had fun for a week in any sense :3

Can be a real pain getting the right driver/config setup for Nvidia/AMD cards, but once you do and stick to linux games its good. Wine is a iffy thing.

then maybe the Qemu KVM setup is best for you. The best of both worlds.

is best for you.

If he is having trouble getting Linux to do what he wants now, then the KVM option is going to be a living nightmare for him! ;)

Awww... look, someone is flamebaiting over linux vs windows.

Going back to "good old reliable Windows", huh? At least you gave it a good try.

not necessarily. If he follows Wendell's guide he should be fine. Especially if he has an AMD chip since AMD CPUs usually all support IOMMU by default. AMD is perfect for KVM virtualization.

The thing about any AMD FX chip is that it supports ALL the features, be it the AES instruction set, or AMD-V(AMD Virtualization) support, from the top end FX-9590, all the way down to the FX-4300. No bullshit cutting out of features.

There's are only few things that the FX series chips are good at, and they are:

Here is a video by Linux-Lookup showing the benefits of a Linux KVM setup:

Intel Virtualizaton Extensions info
The VT-d extensions are required for PCI passthrough with Fedora. The extensions must be enabled in the BIOS. Some system manufacturers disable these extensions by default.
Activate Intel VT-d in the kernel by appending the intel_iommu=on parameter to the kernel line of the kernel line in the /boot/grub/grub.conf file.

Here are some great resources about KVMs

Just a small catch, from what EVERYONE has told me about KVM. You need a second GPU dedicated to the Windows VM, and any hardware assigned to the VM will NOT be able to be used by the Linux machine once VM is closed (at least those that are not Virtually given to the system). I'm told this also means you CUT CPU cores from the Linux machine to DEDICATE for the Windows VM, no hand backs.

That's a HUGE limitation of the whole KVM concept in my opinion. If your considering it for high-end gaming and not just desktop apps.