I’ve been a long time lurker, and thought this was probably the best place to pose this question to people with more experience than I have. I’ve built a Ryzen 1700 PC with 16GB DDR4 RAM, a smattering of SSDs and a AMD 390X. Next week I’m upgrading to a GTX 1080 Ti, as I’m finally in a position to afford a real high end graphics card. What puzzles me is what monitor to look for. I’m currently using a 24’’ 1080p display, but I want something larger, that runs higher resolutions and can deliver reliable gaming experiences. Framerate isn’t that important to me, as long as it’s > 60hz. Would I get away with using a standard 4k TV like this:

Or would I be better off going for an actual monitor? I considered the Korean 4k displays, but I haven’t seen any recent videos on the newer models since Wendell’s last video, so I’m wary of buying generic brands.

Time to stop rambling on.

TL;DR: I need a monitor/tv to match my GTX 1080 Ti. Framerate isn’t that important as long as it supports 60hz and has a relatively low response time. Are there any particular monitors/TVs that I should look for, or should I just purchase a 4k TV and use that as my main monitor for gaming/browsing? Due to the GTX 1080 Ti wiping out my savings, I can only budget $800~ to spend on the new screen. Any advice would be greatly appreciated.

First thought:
Please don’t waste your 1080Ti by using it with a TV. And look at text on a 4K monitor of the same size before you buy one. Microscopic 4K text was the deal breaker for me.

When I bought one last year a thing I did that I found very helpful was to get a bunch of cardboard and cut it up into various monitor sizes, then I taped the cardboard to my old screen.

I don’t know enough about monitors to pick a specific one that someone else isn’t gonna say I’m a moron for suggesting. But try looking for a 32" screen with 1440 or 1600 lines. A 1080Ti will crush that FPS wise. At 4K I think a 1080Ti is adequate, but not stellar, I think.

I thought this one was nice last time I was in Micro Center. But what do I know. My priority is Photoshop, not gaming. 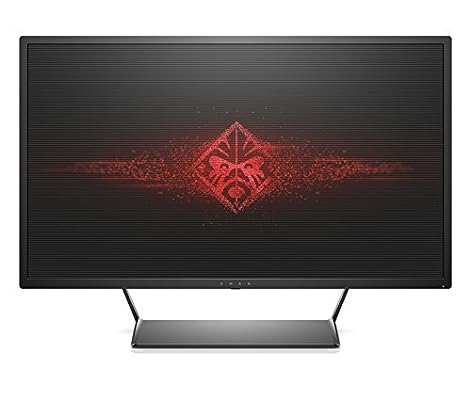 This is gaming pushed to its limit. Soak in your hard fought victory with an eye-popping experience worthy of your battlestation. From the massive panel to the impressive QHD1 Detail, every challenge ...

This is what I have just bought.

My specs are R7 1700X with an Nvidia 980 Ti. G-Sync is a revelation so is the high refresh rate. I could have gone 4K but I wanted to push high fps for shooters. 4K is just too many pixels for a 980IT with the eye candy turned up. 1440 is a nice compromise between high dpi and speed.

Thanks for all the advice. In response to an earlier post, I’m quite happy with the scaling of 4k TVs as monitors. I’ve used my friend’s 49’’ 4k display, and it was reasonable with a few tweaks to text scaling in Windows. I really like the look of the Acer Predator display that PendragonUK linked, as it ticks so many boxes, and I’ve always wanted to try G-sync. I’m just slightly concerned that it’ll be a bit too small, as my current display is only 3’’ smaller, and I’d like to go up to at least 32’’.

The biggest issue I have is with value for money. If I did go with a 27’’ 1440p display, I’d be tempted to ditch the 1080 Ti and instead go with a standard 1080, as I would feel like the extra performance wouldn’t be warranted, especially with my CPU at < 4k resolutions. I think 4k TVs are the best value for money, but from what I’ve seen, the response time and refresh rate can be patchy at that price point. I also question the practicality of a huge TV on certain games like Overwatch and PUBG.

I’ve got some thinking to do!

Possibly out of your budget, but maybe an OK reference point:

It’s what I’m using at work right now and I really like it.

In terms of resolution and size, I use it mostly for text, and it works fine for me. Some people can’t work with text that small, I haven’t found it to be an issue.

8 years prior to upgrading to a z32x I was using various high end 30" 2560x1600 Dell monitors - going to 4k at about the same size helps a lot in terms of productivity. It takes about a day or two to get used to the text size.