And VIA will finally get below the 40nm threshold.

He’s gone to the dark side.

I learned a lot from that dude

Same.
Took quite some time for people to get the importance of frame times, and it’s publicity is what got ATI/AMD off its ass with their terrible drivers and performance in relation to this.
Ryan Shrout and Scott Wasson spearheaded the frame time testing for GPU reviews, and it’s where reviewers like Gamers Nexus learned their stuff that you see today.

This article is legendary

Inside the second: A new look at game benchmarking

We set out to introduce some new game benchmarking methods, and those new tools promptly helped us uncover an intriguing problem: multi-GPU micro-stuttering.

The dark side is better.
You’d go too given the opportunity.

No I left the dark side. Less money but more time, happier lifestyle. If working for the dark side didn’t mean being shafted on the hours and stress then yes I would go back. But sadly when you work for evil you work too much. Have too much stress. And generally hate your life after a while.

I think PCPER will be okay. I’ll miss reading Ryan’s reviews and his perspective but he wasn’t the reason I keep going to the site. Those detailed reviews will keep happening. 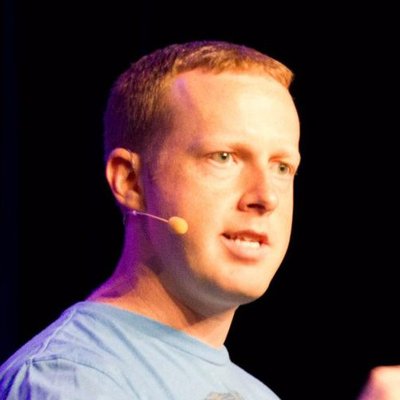 Ryan was the business guy here, among other things. I feel that none of the others would be able/want to fill those shoes, as good as they are with the technical stuff. But I don’t know too much about the guys behinds the scenes.
I think it will spell the end for PCPER as we know it. Perhaps it was already happening? The others had been joking about how much time Ryan had been spending away.

Also from what I understand, most of their business/income came through the website.

It is a shame, they really seemed to deal with objective truth via some smart testing, rather than propagate the hyperbole so to speak.

I can’t see any info on what we will be doing there. Not related to the Principled Technologies fiasco is it?

In the end I know I am overly pessimistic. It could be a good opportunity to update the website, which still looks like it is from the 90s.
edit: added more hyperbole.

Yeah Allyn was the real reason I went to PCper, ken will slide into his place imo

And the most badass light sabers… And force lightening… Oh, and uhhhh… Fucking Darth Vader

Whoa… I expect a full report on the podcast.

Can’t say I’m surprised with Intel trying to expand into deeper levels of marketing via benchmarks, this could also be part of the on-going shift in the overclocking wars and direct to customer marketing. The other area to consider is Intel’s IGP performance has been an area they’re still focusing upon and Ryan’s insights would help.

why is this guy important? never heard his name before. why should i care about his going to intel? what did he do to be known as such ?

He’s one of the rare few reviewers / tech journalists that goes extra in depth when it comes to reviews.

If you want a quick run-down you go to LTT or Paul’s hardware or anyone else.

You want your meat and potatoes you go to PCPer.

so basically johnyguru for psus but more tech?

Eh, a little more than that. More like 30 minute videos plus a whole article. Even tiny details most people ignore.

Like when the GTX 970 nonsense was fresh he was one of the earlier people who caught it.

eh, so nothing was lost in the grand scheme of things?

It was a big deal at the time. If you were gaming and you VRAM usage was above 3.5gbs your performance tanked