Hey guys just read an article on oc3d about the original price of Vega 64 being only an introductory price and that the retail price is more. What do you guys think about this? I’m personally waiting a bit more for information but I’d love some feedback.
Edit: Seems that the $100 over gets you 2 free games. Could this be a move to try and discourage miners?
https://www.overclock3d.net/news/gpu_displays/the_prices_of_amd_s_rx_vega_64_has_increased_by_almost_100_within_two_hours_of_hitting_retail/1

Less of an urge to dissuade miners more to get AMDs margins up.

The financial guys at AMD promised share holders 50% margins on premium products. They don’t give a shit where the money comes from and they know miners will pay it.

It’s also a supply issue. They don’t have many so they are limiting available purchasing options. They don’t care about RX. They wanna save those chips for Instinct and WX series products where they make more money.

So again we get screwed. Vega was already a tough sell. Now it is near impossible.

Theres sales packs. One has 2 games, one has a mobo and a ryzen, one has a monitor. Its mostly coupon things but its to make miners f off. Though they might belt the price anyways for the compute on ethereum.

Home users shouldn’t buy the Vega 64 reference cards in any form anyway. The cooler is both noisy and underpowered at the same time. Let the miners have them and pray that those can satiate most of their hunger…

Getting the margins up makes sense. Do you think the aib cards will also msrp for 599?

I was very disappointed with pricing out of the gate, but still bought two. Just as good or more frequently better than the 1080Ti for my use case so still worth it. Also wanted to support AMD breaking into the higher end graphics cards again. Sick of nvidia for a while and the competition was worth it. I paid an extra 60 US over the 2 game pack MSRP.

I hesitated and thought about going with the 1080 Ti which cost me a limited edition. So I got a Limited and black. Wonder how that is going to look in the new build… lol

eh, unless you watercool anyway in which case reference is basically the way to go because a) cheaper (most of the time) then custom boards and b) earlier availability of blocks (as in: at launch).

Back to topic though:
The MSRP is pretty reasonable given the performance they have (they are comparable to 1070 and 1080 which AMD was shooting for). But as Ryan mentioned in the benchmark video, noone should buy these cards at current retail price. Buy them at MSRP if you can get them anywhere, current retail prices are retarded for all GPUs.

The Radeon Packs are problematic. I already mentioned it in the news video last week, getting them can net you a higher price then buying the cheapest parts. For example you have to get a 1700X or 1800X to be eligible, not the 1700, and you have to get the GB K7 instead of the 5 (though yes, not the cheapest board, and it’s basically the same board), or the C6H, or the Titanium which are even more expensive.

Also the monitor is not available outside the US, Canada and Singapore.

The prices AMD suggests are fine, but what drives the prices in retail is supply and demand, don’t blame AMD for that (“JUST PRODUCE MORE” comments incoming, but it’s a) not how it works and b) not that easy, so stop it).

I think the article is saying that msrp will now be $100 more not the retailer prices.

Yeah you’re right, I missed that. Seems there’s no “standalone” cards anymore, just in the basic pack with games… mh

It’ll make it a tough sell for those people that don’t want the game’s especially now that it’s the same price or more than some custom gtx 1080s. 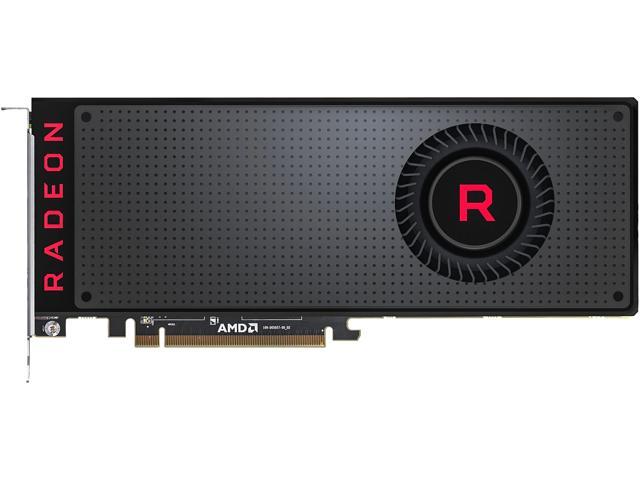 My brief check in Australia is putting Vega64 @ $950AUD and 1080 cards are $750-900AUD and nvidia card include after market good cooling solutions. Will have to see how the pricing pans out in the next few months.

I would never buy a reference card and vega runs hot and lots of power need so you really should wait for custom boards and cooling solutions. Maybe some better aftermarket BIOS letting the power limits be raised.

Overclockers.co.uk stated on their forum they sold the first 1000 (they actually sold more to fill the orders) to honour their agreement with AMD before increasing the price. Other retailers didn’t. They also hinted they lost money on those cards and at the “standard” price they only make single figure profit on each card sold now.

if you just need a gpu this add 100$ get a discount thing is bs.
if you are looking at getting a good gpu and monitor and want freesync or gsync then this is a very good deal. freesync is already significantly cheaper then gsync and getting what is basically msrp card price + monitor - 100$ is a good deal. if you need a ryzen system too then it’s a great deal.
if you have a newer gpu you probably shouldnt stick with it. if you have a realy old gpu chances are you have a really old cpu and while the cpu discount alone with no monitor isnt really worth it, it might be if you cant wait and their are none available because mining.
or you could just buy the msrp card with no rebate shit.

pcper allready pointed out that this info is crap. AMD already that this isnt true in any way. Its not AMD nor is it the Miners driving the prices up, its just simply the retaiers that are trying to milk out their customers as they know demand is very high right now.

I only saw that last night, and kicked myself for not checking their forum.
Oh well… there’s no more reference stock now, guess I’ll have to wait for the AIB ones to land.

looking at getting a good gpu and monitor

*and live in the US, Canada or Singapore

if you need a ryzen system too then it’s a great deal.

Still not really (sadly), see above

or you could just buy the msrp card with no rebate shit.

which apparently you can’t get anymore

limited availability of the deal is legit, but re read it and i think you’ll see “unless you wanted it in the first place” is what i wrote in different words.
and i found it in the uk, us, australia, newzealand, and then gave up checking country’s because im tired and going to bed.