I ordered a RX 480 from newegg on launchday. Today, I ran into a reddit post describing how RX480's power-draw from the PCIE bus is in violation of the PCIE specification.

Should I be concerned?

My original intention was to purchase another card for cross-fire in the future.

No you shouldn't be concerned, after not even an hour of research I was able to conlcude it's just a bunch of special children that think they know something. For example Nvidia has a version of the 750 ti without a pcie power connector and it draws 100w+, never hear any stories about motherboards blowing up from that.

Don't believe everything you read on the internet

first it was 2 out of 20 reviewers who tested it, who had the issue.

Second, it was blown up by people who went "I'm an active shit poster on reddit, and I built a computer, so naturally I know EVERYTHING about computer hardware, electronics and specs I heard about 10 minutes ago"

and even IF its an issue, it seems a bios update (motherboard or GPU) will fix it.

so relax and enjoy your GPU

Read the other side of the debate, its easy to give into fear mongering. In that very same reddit thread: 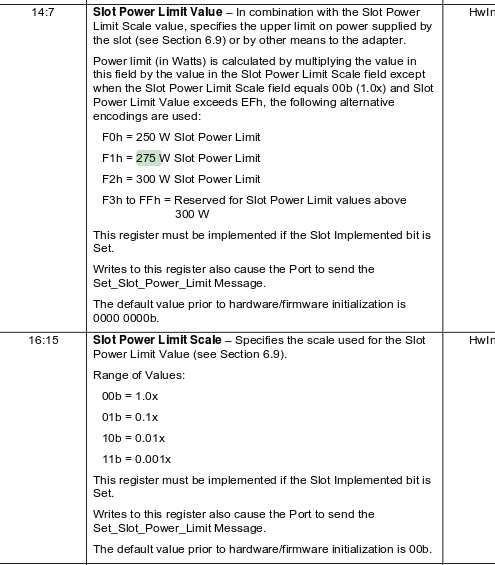 Source -
http://composter.com.ua/documents/PCI_Express_Base_Specification_Revision_3.0.pdf https://www.reddit.com/r/Amd/comments/4ql225/rx_480_pcb_analysis_very_advanced_vrm_system_for/d4twr1w
Above might not be correct according to https://www.reddit.com/r/Amd/comments/4qfwd4/rx480_fails_pcie_specification/d4u66qm?context=3
If anyone has the PCI-e Spec 2.0 pdf, I'd like to take a look.
edit: forgot to link original reddit's comment listing the PCI-e spec pdf
edit2: link to counterpoint.
Opinion: Seems like this is being blown way out of proportion. Do some research and listen to both sides of the story before you trust some hyperbole from someone who is on a huge smear campaign.
permalinkembed

Here's another from the same thread. Too long so took a screenshot of it.

Yes. There were a quite a few accusations being thrown around on reddit and I figured it would be better to ask the same question here.

Anyways, good to know. I am glad I asked.

tomshardware never shows it going above 150w. yes if you OC you will pull more. This is exactly why Intel/amd/Nvidia don't endorse OCing. When you OC you are pushing your equipment past factory default (Safe point.) Yes you can OC but you do it with a cost.

http://www.techpowerup.com/223833/official-statement-from-amd-on-the-pci-express-overcurrent-issue
One driver update later, and all this may be gone... We shall see.. .

This issue is only affecting certain reviewer cards. the general public doesn't have this issue. Thank you nvidia

It's simple really, the driver can fix it similar to how an overclocking utility overclocks, it overrides what the bios says and tells it to draw more power from the 6 pin.

Well DUH... But everybody decided to make a big deal out of it... bigger deal than the DX12 support lacking from Nvidia, or the 3,5GB ram thing of 970, etc... And this is a thing, unlike the others, that can be solved with a simple driver update...
So easily solvable non issue is bigger issue than false advertising? OK...

cause its AMD's F up. Nvidia cannot do wrong.