[RUMOUR] Borderlands 3 to be EPIC exclusive 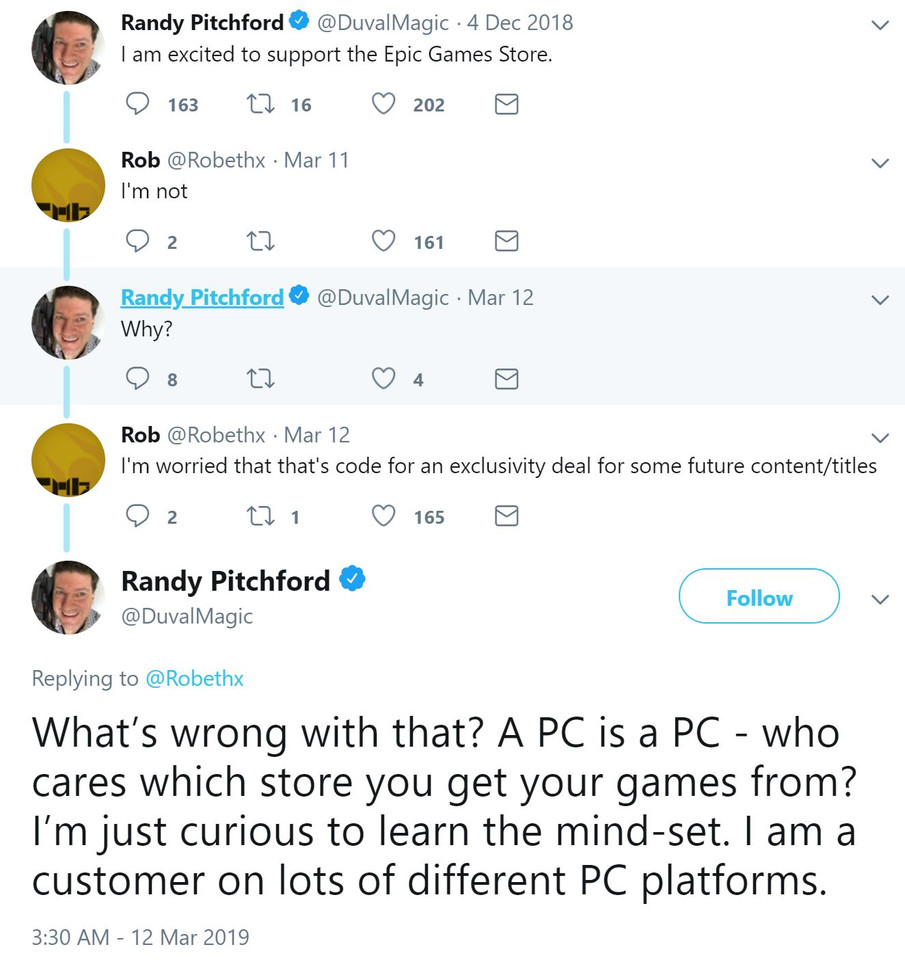 Borderlands 3 Possibly Exclusive to Epic Games Store on PC, Fans Worry Based on...

Randy Pitchford is an interesting character even as game company CEOs go, with a.. checkered history in the last few months that go from funny all the way to controversial at minimum. As the head of Gearbox, he holds a lot of power when it comes to...


It’s still a rumour, but it’s Randy Pitchfork…
I’m not really a big fan of that series just like I was not a fan of Metro, but it still baffles me how people are limiting their audience willingly.
Are they expecting everyone to buy their game from Epic store and give them whatever percent extra income? Did they just ignored the entire metro debacle?
4 Likes
DrewTechs March 19, 2019, 1:43am #2

I guess so. Either that or they are afraid of Steam because a few dickwads made some games of terrible taste (like Active Shooter), if you could even call those games. Steam has been pretty lenient in that regard.

Still, I would buy from Steam before Epic though. Borderlands 3 being EPIC exclusive would be simply a dumb choice on their part as Steam is more relevant of a platform still. Would have liked to see it in GoG but that was unlikely.

news dump in pete, eh idk why people get mad about this stuff

Here’s the thing…
I am not a steam fanboy. I use steam cause it’s convenient. You know what else is convenient for me? GOG… I buy from them as well.
Epic is not convenient. Not to mention all the features the storefront doesn’t have and all security issues they had in their short existence so far.

I understand their point of giving more to developers, but I don’t see what am I getting in return…

idk why people get mad about this stuff

Because it’s anticompetitive anticonsumer bulshit. Just as I said above - they are making it more inconvenient for me in order to get 15% or however more per sale…

Its not anti consumer, it makes the companies more money and you can still play it. Shit in some cases its cheaper then steam too. There is no rule that says you have to sell it on every platfrom.

Its not anti consumer

Limiting options is anticonsumer…
How about giving me the option to decide to give them more money by getting it from Epic store instead of forcing me to do so?

You know what game can be made store exclusive and everyone will be fine with that? The Witcher. But they sell it on steam as well as their own store.

There is no rule that says you have to sell it on every platfrom.

Yes, but also there is no rule that says I can’t be unhappy about it.
I’m already in that huge hypermarket full of wonderful produce and some rotten tomatoes, and I am not going to the corner store on the other side of town with 3 rare veggies and a chicken…

GoG is definitely the most convenient for me. Steam being second place in that department. The EPIC game store I don’t know about it’s convenience. I do hear however that the store has a good share of privacy issues and even security issues (despite being a smaller store) as well so I won’t be buying from there anytime soon.

Shit in some cases its cheaper then steam too. There is no rule that says you have to sell it on every platfrom.

I don’t think there is a case where there is an EPIC game that is cheaper than Steam version. Maybe a few unheard of games.

it makes the companies more money

I doubt it’s going to be both cheaper AND make more money for the company, it’s one way or the other and we usually know which way companies swing these days. 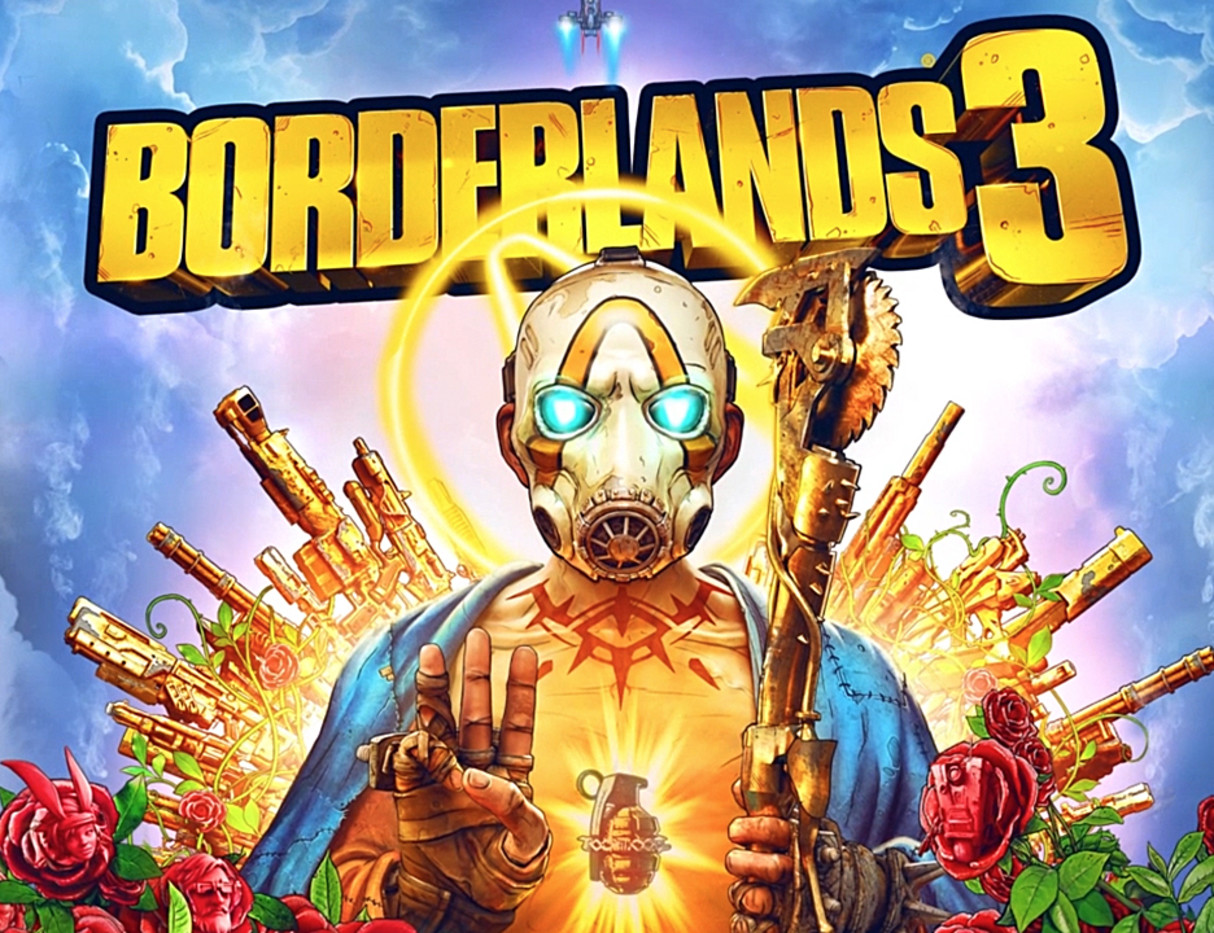 Well, that tweet that fans of the Borderlands series feared meant platform exclusivity on PC actually manifested itself. Gearbox today announced that Borderlands 3, the hit sequel to one of the first loot-shooters, will indeed be releasing on...

That’s a bit disappointing, but hey, on the bright side it’s at least a timed exclusive and not completely exclusive so I can wait just until April 2020 if I don’t want to get it at EPIC. A long wait mind you but I got a ton of games to catch up on anyways. Not to mention other things.

Totalbiscuit is rolling in his grave right now.

They’re continuing the cardinal sin of console exclusivity and bringing it to PC.

I personally find the boycott culture to be getting a bit much these days. There’s quietly not buying games like Athem because EA rhymes with EH, managing your expectations and your ire for things in life that truly deserve it, and then there’s the constant uproar outrage ulcer forming shit that youtubers tend to foster so that people get SO MAD about a topic as to dive it into the ground.

If the Epic Store has security issues, fair enough. Maybe don’t buy from there until they fix it. But I’m sorry guys. It’s another digital store selling a video game. If the video game looks to be shit, wait for reviews. If it looks awesome kickass and great, wait for reviews.

Then, if I have to, I will yes, go click a bunch of buttons in a different digital client if I have to. It’s really not worth my anger and frustration, sorry.

^ This is the issue.

I’m not buying 2-3 (or more) different consoles to play all of the exclusive titles that I wish and I’m not going to encourage the publishers to play this same exclusivity game with us on the PC side, either. Instead, this exclusivity BS needs to die a horrible death. Poor sales at launch is the only way that a publisher will learn that this is a failed business model. Listen, I’m thrilled that Epic have chosen to compete with Steam and the other big players, by opening their own store. Laissez faire competition is precisely what the industry needs, as it always benefits the consumer. But, Epic have decided not to compete. They don’t offer us a better experience, better prices, or a better selection of titles. And, they certainly don’t seek to eliminate the middle man, so that they can pass the savings on to us. Instead, they offer us a monopoly.

I’d like to add that I’m not a Steam fanboy, either. I typically buy from various sources, including Steam, GOG, Ubisoft, Feral Interactive and retail packages from both online and local retailers. And, while I don’t particularly like having nested game launchers, Ubisoft does at least take advantage of the wider distribution network, instead of trying to create their own monopolistic walled garden.

Let’s also not forget the important issue that many new titles require an Internet connection, in order to play. Does Epic has a track record of long term availability and stability? Are they here for the long haul? Any company can go out of business, but what if Epic decide six months from now that they are going to focus on their core competency, close their store and servers and go back to plan A - distribution via Steam, GOG, or other established distributors. Will we have to re-purchase our favorite games?

I’m not upset; I’m not butthurt; I’m not going to rant and rave on YouTube, reddit, twitter, or here. And, I don’t care if, after considering the facts. you disagree with me. I simply chose not to support anyone whose solution is anti-competitive and monopolistic. Except in very few circumstances, such as the military (read your Milton Friedman), a monopoly is the worse possible solution.

I’ll just wait until it’s on Steam and GOG, got no problem waiting a year or however long it is to play it. Still working on a backlog of games that I have been wanting to play. BL3 will still be BL3 when I get around to it.

If it doesn’t cost more or require some extraneous crap, then I don’t care about the exclusivity; I have no loyalty when it comes to game stores.

Let’s not forget that this qualifies as competition, and competition is ultimately a win for us as consumers. I’d rather have a store war at same prices than yearly iterative battle royale games.

If you mean Epic, they said they will EVENTUALLY stop doing that… So maybe next year…

Let’s not forget that this qualifies as competition

No it doesn’t… Exclusivity is not competition.
Competition is having choice. Not having a choice is literally the opposite of competition. Monopoly is when you are the only one offering something. And when it’s only march and we already have like 20 games exclusive to EPIC, it’s pretty much a monopoly… Remember, EXCLUSIVEs goal is to EXCLUDE…
TBH I wasn’t planing to buy Metro nor am I planning to buy Snorderlands. I care about this garbage, cause cause tomorrow some game I actually like would be Epic exclusive and everyone would be just fine with that.
I don’t like the practice.

If it was just another digital store I wouldn’t mind…
The exclusivity garbage is what I dislike.

Ah, yeah…
Then there is this: 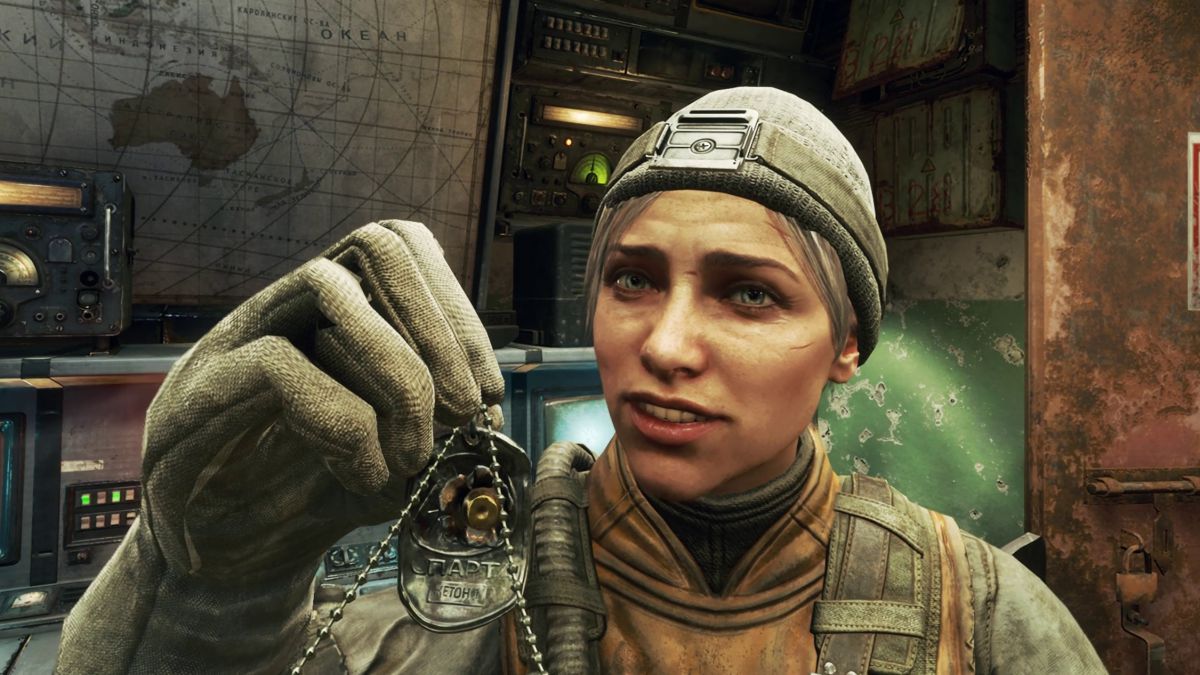 Epic will continue to sign exclusives, even for games already on Steam

Epic CEO Tim Sweeney said the decision to go exclusive is ultimately up to developers and publishers.

I’m really indifferent here. As a PC Gamer i accept, that many companys nowadays want to roll their own. I’m fine with that. I install Battle.net, Origin, Epic, Steam. No Problem. None run at startup if i don’t want it and get started when needed. I don’t see the benefit, but fine by me.

Making your game exclusive in a store that isn’t your own is bad though. Also, Epic “buying” those exclusive rights is not fine by me either. I too have nothing against steam competition, if they would actually compete and be incentivised to deliver a better experience. But that’s not the case.

In this specific case, I’ll be holding out and see what my friends got to say. We’ve waited 7 years for this. So, if they decide they want to play it at launch, I’m probably joining in. Just because it’s probably a great multiplayer. I hope they can wait till April 2020 though…

Gearbox chickened out … it’s 6 months exclusive. September this year it will be on steam.