ath0 and ath1 are your wireless networks.

If that’s the case then eth0 and eth1 are physical ethernet ports. But why would it show only 2 of them when I have 4. The 5th one is used to connect to modem.

This is the back of my router. 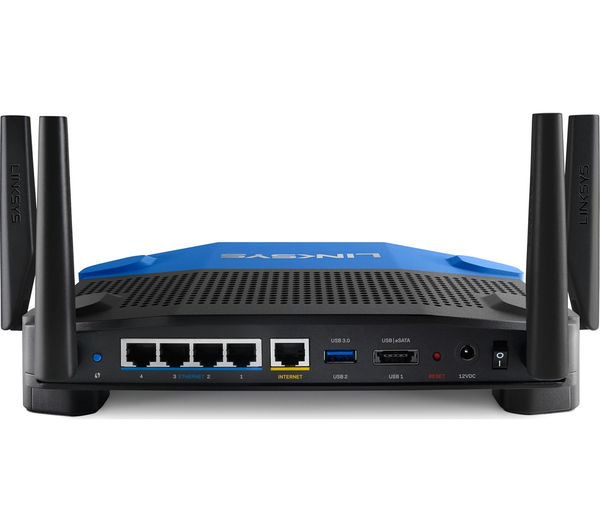 Not for sure but possible since you can add the wan port as a switch port in the ddwrt config.

Yeah, it’s gotta be a single interface internally connected to a simple switch unless it’s somehow hiding the other 3 interfaces. That makes sense as it would be much cheaper than having 4 discrete interfaces.

@Grim_Reaper, to make this work, you need a switch that’s capable of VLAN tagging. You’d connect that to the router and plug all or you network devices into that switch instead of the router. You’d configure a VLAN trunk from the router to the switch and then tag the femtocell port on the switch and follow the rest of the steps from earlier.

If this is something you want to take on, it should work, but it’s a lot to take on if you’re not familiar with the TCP/IP stack…

There were no vlans in his config and he has eth0, eth1, ath0 and ath1.

It does make sense that the ath interfaces are the 2 wireless bands. Eth0 is probalby WAN and eth1 is probably the 4 port switch.

But you said you do not have a specific VLAN button under Setup correct?

That’s right. I only have VLAN tagging.

well in that case time to dig out that old box collecting dust and load up some pfsense and watch the entire tutorial i linked and we can get you going from there. I personally gave up on consumer routers and the whole ddwrt thing a long time ago. Pfsense and Ubiquiti AP for me from now on. Consumer routers are junk and a waste of time with or without aftermarket firmware.

I will say do some research and see if its just the specific version or build that you are running of ddwrt and see if you can change that and get VLAN capability and then I am still willing to help you get it going.

to make this work, you need a switch that’s capable of VLAN tagging. You’d connect that to the router and plug all or you network devices into that switch instead of the router

So basically I can’t isolate it without buying a dedicated switch? That sucks, the router cost me 170£.

That’s right. I only have VLAN tagging.

You can configure vlans. Tagging is basically all there is. The rest of the steps are the same as if you were setting up a new network on a physical interface. Once it’s tagged, the vlan will appear as a new interface.

That said, I’m not sure why your interface looks different than the example. Either your router or the example is probably just outdated.

Do you have an old pc laying around?
If so you can use that expensive router as an AP and then have the power of pfsense.

Do you have an old pc laying around?

Yes but it is too large to place on bookshelf. Also isn;t pfsense overkill for household of 4 people?

Do you have an old pc laying around?

If so you can use that expensive router as an AP and then have the power of pfsense.

He’ll have to study up first. Can’t harness that power if you don’t know tcp/ip…

Never, if you are worrying about security of a femtocell than I feel like you are needing to get into the good stuff with networking.
Have you checked the build of ddwrt you are running and what is the model number of that router?

He has the forum and I gave him an excellent tutorial to watch. The power has been handed to him. His choice of harnessing it and learning something.

Have you checked the build of ddwrt you are running and what is the model number of that router?

umm thats not good it has not been updated since 2016 and with the latest KRACK vulnerability?!?!?

https://www.dd-wrt.com/phpBB2/viewtopic.php?t=310630&sid=cc07548c77811ee00a019ecca953d7f1
very bottom Marvell Chipsets dont support VLAN at all.
So with the KRACK vulnerability being a major issue you have and no vlan support as of yet, you are going to need to go a different route if you are about security. I would sell that router and go the route we been talking.

https://www.dd-wrt.com/phpBB2/viewtopic.php?t=311926
You should be able to update to guard against the KRACK.