Right to repair fight is getting dirty

rossmann is going after the opposition now. this is getting interesting. what are you guys thoughts on all this? repairing computers is starting to feel like politics.

I have had my issues with Comptia and have since migrated over to ISC2 because eff Comptia. I try not to give them anymore money than I have to to keep my requirements up for the Gov’t, but since I have moved over to ISC2, my CISSP cert covers my Gov’t requirements as it satisfies the IAT III and IAM III requirements for my job. Three different certs satisfied by one cert plus CEUs.

The big issue with Comptia is that it is US based and it does rely to a large degree on the US Gov’t teat. More importantly, I do not like their fained difficulty of their certifications when in fact most of their tests that I have taken have been more of an English exam than to test my actual skills and acquired knowledge.

Back on Topic: When it comes to Right of Repair, if we cannot fix our own stuff, then who do we rely on to fix it? It is just like manufacturing and trade work in the US. Most of that stuff has been outsourced to the point where I have had to help people who literally did not know the how to use a flat-head screw driver versus a Phillips head screw driver. “Why would they put two lines in the screw head but not make then different sizes to accommodate the different sizes of the spade”. <- You cannot make this up.

It’s bad, and with companies like John Deere and Tesla at the helm of computers in automotive tech it’s getting worse. The auto industry is not playing kind with tech and thus far has served to make the issue worse. Luckily most politicians have been extremely receptive to the “common sense” argument.

The best argument I’ve heard, to paraphrase, is that anything that is legal for a corporation should be legal for individuals; if a corporation can source parts and repair an item why can’t I?

So far things have been across the board going in the little guys favor but i fear when more and more money gets involved this might get bad.

The best argument I’ve heard, to paraphrase, is that anything that is legal for a corporation should be legal for individuals; if a corporation can source parts and repair an item why can’t I?

At least here in the USA, corporations are people. So that would be a good rule for the politicians to keep in mind. If they start making double standards then it is up to US citizens to point out the hipocracy and vote them out of office.

I’d like to see some corporations go to jail…

Have they even closed corporations? or just fines?

COMPTIA is a complete joke. Their training and tests rely on horribly outdated information, stuck in the early 2000’s. Stuff about all sorts of outdated flash media but nothing about M.2 or modern SSDs, NVME or the like. Stuff about USB standards, but no USB type C. Interestingly they do have info about thunderbolt 3.

maybe that info will come in handy someday?

Almost all screenshots provided are from windows 7…

Basically, anyone who has an interest in computers can probably teach themselves more information just using a computer and searching for freely available info online.

That said, the fact they are lobbying for Apple instead of their customers should speak volumes about their true focus going forward.

and people wonder why i repair everything myself!

Ive walked away form more juicy deals because they were proprietary controlled.
as far as working on vehicles The only thing I wont do is alignments and thats because I don’t have the equipment.
its damn hard to trust anyone ( My wifes truck was called in for warranty repair and they pretty much held the truck hostage for repairs not covered under the warranty and charged my account a cool grand)
I had to leave work (working holiday premium, triple time) to go and pay their ransom!

not a happy camper that day

Well then. This is getting interesting.

Yeah, I feel you. We just bought a 2020 Acura TLX PMC Edition and while driving the car back from the dealership, caught a rock that chipped the glass. Good thing it did not crack the glass, that would have been a few thousand due to LADAR and special glass and what not. Safelite had not done any repairs on the PMC edition yet. 115USD later and we still have a rock chip because their chip repair epoxy does not work on the glass on the PMC Edition. They had to call HQ and put in a technical note for researchers to figure out why it does not work.

In general, I can only do basic repair on the car because all of the proprietary gadgets and software.

I am a Honda guy. we have two 2g CRXes and a 3g TL. I can work on those cars. It is a sad day when we have to start treating cars like throw away appliances. Can you imagine a world where you cannot work on your own car, the big metal box that hurtles down the road with other metal boxes. “Yeah, my wheel is falling off but I can’t fix it so I am driving to the stealership so they can sell me a new car.” - The Future.

yeah it seems like were heading to a “max headroom” future 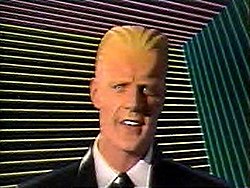 Max Headroom is an American satirical science fiction television series by Chrysalis Visual Programming and Lakeside Productions for Lorimar-Telepictures that aired in the United States on ABC from March 31, 1987 to May 12, 1988. The series is set in a futuristic dystopia ruled by an oligarchy of television networks. In the future, an oligarchy of television networks rules the world. Even the government functions primarily as a puppet of the network executives, serving mainly to pass laws — suc...

Welcome to America boys and girls.

Yeah, was a big fan of the show in the 90s. I did not think we would actually get to that possible future… but we did. So much for the “Back To The Future” timeline.

Next thing you know, “Alien Nation” timeline will kick in.

You know whatt he best shit is?? CompTIA is lobbying against it, and thelefore, against their o w n c e r t s

^ That only validates why I feel the way that I do about Comptia.

CompTIA is lobbying against it, and thelefore, against their o w n c e r t s

I always knew CompTIA wasn’t great, but I guess this indicates what’s up.

So I can somewhat figure out the mentality behind it (A LITTLE, but still doesn’t make sense). The probable goal is probably to kill right to repair, then have CompTIA lobby to make it so their licensed professionals should be allowed to bypass the law as they are licenced to work on it. CompTIA would likely try to get in bed with other manufacturers to allow them to work around the right to repair law, essentially letting them control how PC repairs needs to be done.

same here, I work on my own cars because you can trust hardly anyone to do a good honest job.
I love how simple my 87 4x4 Ranger is, the newest vehicle I own is a 2005 E250. besides being tight spaces it’s easy to fix. why can we have someone vehicles anymore? there just to get A to B, there no much like there lived in theses days with all the junk thy have

I’m not paying no dumb bitch a few thou a year for a dumbass cert.

I will fucking slaughter ewery comptia employee if this becomes a realihy. There will be no one to accept money.

each. a+ ,network, security, cloud, server, and linux for instance as a linux sys adm would cost you over 2 grand usd. know a guy who had to take linux test 3 times after getting his degree in it.