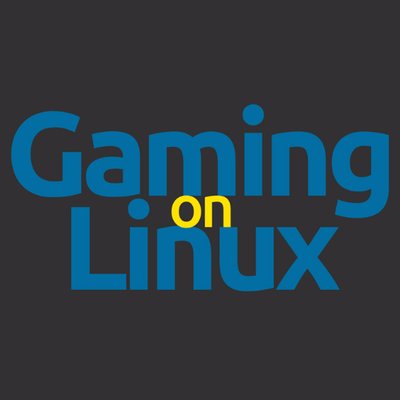 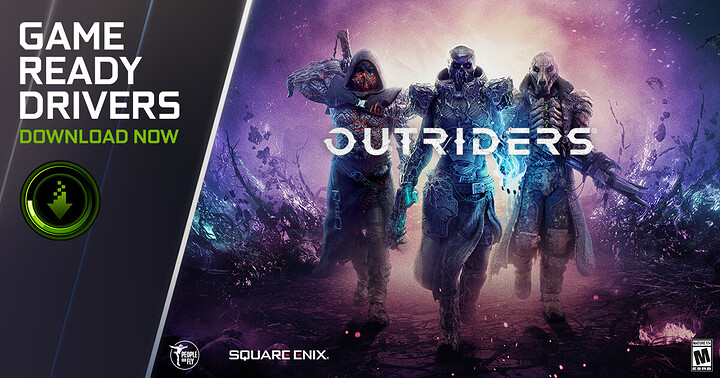 If you’re primarily a Linux user, you can now enable GeForce GPU passthrough on a Windows Virtual Machine (VM). Play Windows-only games in your VM, or if you’re a developer, more easily test both Windows and Linux code from a single machine, accelerating development.

The beta feature is enabled on all GeForce/TITAN GPUs supported by this driver (Kepler and later for desktop; Maxwell and later for laptop) on Windows 10.

Oh nice, did anyone test it already?

Does this require an SR-IOV capable CPU or is this a driver implementation?

Does this require an SR-IOV capable CPU or is this a driver implementation?

As far as I can tell, this is basically a removal of the check that causes code 43. They probably did some testing internally, but that is probably the only big change.

So this does not relate to SR-IOV at all. This is just an official fix for code 43. (Or at least when it caused by the driver, there are other reasons it can happen)

Lol nvidia’s seeing the writing on the wall. If they don’t step to the crowd soon they’ll be out of business in 2 years flat.

This could be a preemptive move to battle with Intel gpus. If they support gaming in virtualization that makes total sense.

After realising their efforts to block it are futile they remove the blocks and call it a “feature”. Nice PR move except it won’t work on literally anyone who reads into the topic for like 2 seconds.

I discovered it today too, it is described here, ok so I can’t post links in posts, so I’m not attaching links here

I want to ask what it exactly means and what is the difference, I know that until now nvidia didn’t allow to install nvidia drivers in VM and reported code 43.

It really doesn’t mean anything other then nvidia removes it own stupidity. Code 43 could be circumvented with relative ease since… basically forever.

Resizable BAR is independent of that change and is a separate feature that is also known as Smart Access Memory on the AMD side. It has been part of the PCIe Spec since PCIe 2.0 but was never really used. After AMD implemented it on their 6000 cards someone realised that it’ basically free performance.

Do you really think that they simply removed this code 43 check and that is all? It basically checked if the driver was installed in the VM that was all.

Now I can post link, so I’m posting where this new feature is described:

Do you really think nvidia does anything more then is absolutely necessary? What more would they do to support Virtualisation? That is all on the Hardware- and Hypervisor-Level anyway. All they did was block it before, so there’s no reason to do more then remove the block.

My take on this is that beyond the whole Code 43 debacle, the news that Windows VM gpu-passthru is now officially supported by Nvidia is a great thing. At least Nvidia finally came to it’s senses.

This means gpu-passthru is no-longer an un-supported hack, it’s a normal, supported feature. Or at least it increasingly can be going forward. Hopefully which will lead to wider adoption at every level, from better integration within Linux, being an allowed setup in organizations, etc.

I think it’s a great way to combat the travesty that is Linux-on-Windows, which is Microsoft’s attempt to flank (adopt, extend, control, bastardize) and eventually poison competing technologies like Linux. “Hey guys! Check out powershell on Linux!” (Ignore that you’re pinning yourself to MSFT, Hey! Look over there!), etc. Hopefully as this all gets easier to get working more users will see that Windows-on-Linux > Linux-on-Windows.

Still, it needs a lot of work. The whole thing needs a few more revision passes to iron out all the quirks and make it more turn-key for average users. But when it works, it works great. I use it every day - overall Windows on Linux is far better than Windows on bare metal in just about every way. It’s just too technical for my mom or even my nerd wanna-be brother to tackle at the moment.

There’s also the Linux Wine approach. Who knows, maybe they’ll pull off a win. Although I have my doubts DRM software will ever allow themselves run in the environment.

In the long run I think/hope that shared GPU services to guest VMs (virtio-gpu paravirtualized device) will be the ultimate end-state for the tech, it’s a better architecture than PCI device passthru and is the direction VMware + Nvidia, etc are heading, at least in the datacenter. But yeah, currently Nvidia locks that down pretty tightly to their datacenter GRiD hardware and they and VMware layer on some really expensive software on top to make thin-client CAD, etc possible, which is the current state of the art for IP protection.

Eventually Linux will win the fight. Microsoft has pretty much given up on Windows, they understand it’s a dead-end and they’re working to get off the platform themselves. Everything from the lack of OS development, focus on multi-platform development environment, to their actually hosting much of their Azure cloud infrastructure virtualized on Linux. I expect that beyond games, serious tools like CAD/CAM/CAE/etc based on UnrealEngine will be open-source & free.

But in the meantime fully supported gpu-passthru can serve as a great bridge to gain momentum and hopefully allow an industry-wide shift.

This means gpu-passthru is no-longer an un-supported hack, it’s a normal, supported feature.

Any passthrough is not a hack, it is a supported feature unless specifically blocked (see also: nvidia and code 43). Passthrough is not something the device manufacturer has to actively support and maintain, it is simply a feature of any modern virtualisation. The whole point of that is that the manufacturer doesn’t have to specifically support it.

So while yes, it it nice that nvidia finally removed the stupidity, it is not something that should be celebrated because it is the normal way of things. For me it seems the nvidia PR is working on you.

There’s also the Linux Wine approach. Who knows, maybe they’ll pull off a win. Although I have my doubts DRM software will ever allow themselves run in the environment.

DRM hasn’t been an issue on WINE for a long time, even fairly newly released Denuvo games ([insert Denuvo is evil meme that is BS here]) usually “just work” on it.
The issue that WINE is still having is anti-cheat software, and that often doesn’t allow itself to run in VMs these days either, so that point is moot.

But in the meantime fully supported gpu-passthru can serve as a great bridge to gain momentum and hopefully allow an industry-wide shift.

Except that that has been supported industry-wide for years, the only ones being dicks about it were nvidia. Again: The manufacturers don’t need to actively support it, they just need to not be dicks about it and block it.

I wonder if someone from Stadia or GeforceNow or the Xbox place tapped up their Nvidia engineer and said “dude, can you just cut out this one shit bit of your driver?”

I wouldn’t be surprised if that ended up being pretty close to the truth, and with the ARM deal still in the works now isn’t the best time for nvidia to be showcasing its 800 pound gorillaness. 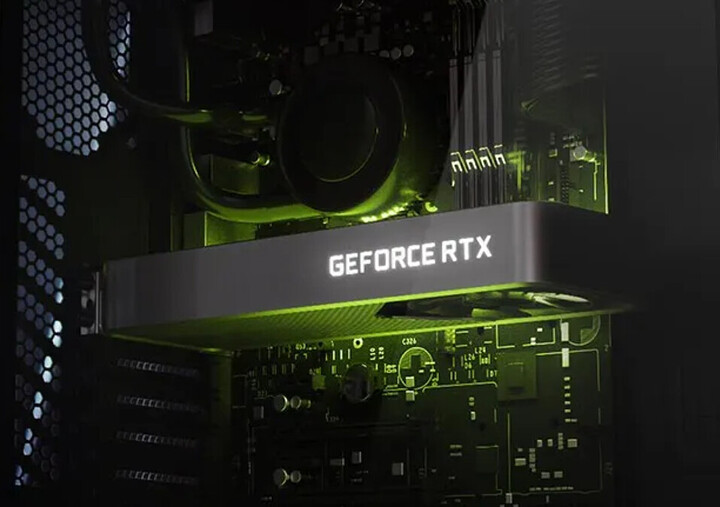 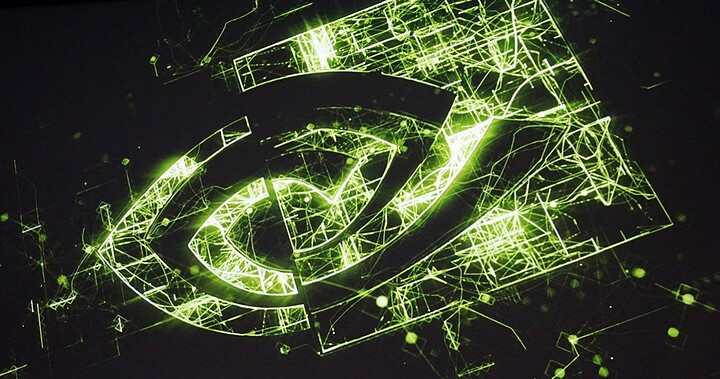 i never thought I wouls see the day, but it looks like a little bit of forecasting, since the Intel GPU’s will have passthrough by default…

Windows Virtual Machine Beta Support For GeForce If you’re primarily a Linux user, you can now enable GeForce GPU passthrough on a Windows Virtual Machine (VM). Play Windows-only games in your VM, or if you’re a developer, more easily test both Windows and Linux code from a single machine, accelerating development. The beta feature is enabled on all GeForce/TITAN GPUs supported by this driver (Kepler and later for desktop; Maxwell and later for laptop) on Windows 10.

No need to hail them for stop bullshitting about.

Stadia runs on AMD cards (or so they said in the past) and GF Now almost certainly doesn’t use regular windows drivers for consumers, if they even run GF cards and not Quadros/Teslas.