Hello all, Some of you may recall my post a few months back regarding 3770k (4.7ghz) CPU delid and applying liquid metal on the die. I finally got a chance to get it done and here are the results:

Benchmarks & Games: (only the highest temp recorded even if it was for 1 second)

Great reduction in max temp certainly made this worthwhile and it didn’t cost too much. ($20 for thermal grizzly conductonaut and $10 for delid tool from ebay and nail polish I borrowed from a friend)

highly recommended for passionate tinkerers but know that it comes with a certain risk.

only photo taken right after delid 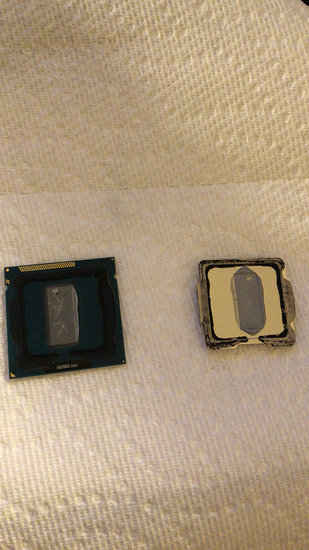 Nice job! I’ve never seen the drawback to delliding, at least if you’re an enthusiast. Sure, its a bit more nervewracking than other procedures, but not really as much with a tool. Gives better results than almost any other mod too. Now you just have to fight the urge to do direct die cooling

Sure, its a bit more nervewracking than other procedures, but not really as much with a tool

I’m such a klutz that I would probably break a CPU if I don’t be careful. I’ve bent AM3 and AM4 pins trying to clean CPU dies, so I’m just not giving myself that chance. (also I don’t really overclock that much. My 1700 is running at 3.6GHz)

@BryanGoosling Thanks for the report! Looks like you’ve definitely got some good results. Those Aida results alone are enough to make me want to do it. (I wonder if my 6700k could get similar benefits…)

i haven’t considered going as far as direct die cooling. i can already hear the die cracking when i screw in the cooler

i’ve also applied liquid metal in my GPU and it made almost the same difference as the CPU so i was able to overclock it. Now the GPU reaches 2100mhz ezpz.
tried 2 laptops… but not too much difference there since the cooling solution from ivy bridge and haswell era laptops aren’t too great to begin with. i’m sure the current gen laptops will make a bigger difference.

i’m sure it will make a difference. it even made a 4C - 6C difference with my haswell gen laptop.

I looked on overclockers.net and people were reporting nearly 20c depending on workload and overclock.

i’m sure you can if you have custom water cooling and such. i’m on air so i’m content with 15 C drop.

Just cracked my die yesterday(3770K) trying to delid it with a office knife. I am calling it mostly successful. Seems reason enough for an upgrade. 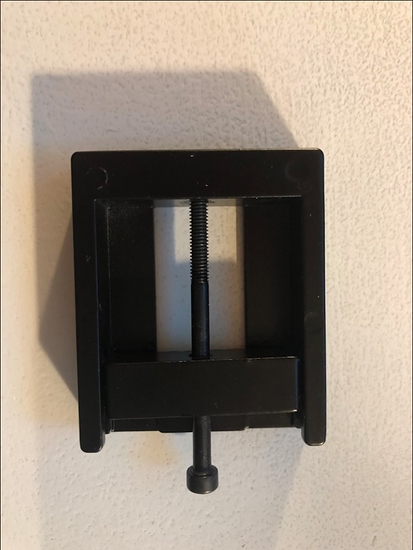 u hit the silicone jackpot

Those are some great temp drops. I delidded my 6700k a while back and dropped my temps 20 degrees. Thread. I ran it at 4.7GHz for a while, but the voltage and temps were just a little too high for my liking. I’ve been running at 4.6 and lower voltage and the temps are fantastic. I definitely did not get lucky with the lottery, as mine needs a lot of voltage above 4.7.

if it makes you feel any better… a buddy of mine can’t even get his 6700k to 4.3ghz. he must have gotten that one chip that would never overclock out of the global inventory… (we’ve tried everything, followed every guide, forum opinions, etc.)