Hi, this is my first post in this forum. I’m sorry if this is a bit vague. I wanted to buy a x370/(maybe x470) Motherboard, (MSi/Asus/maybe Gigabyte), but all have Realtek/intel Codecs, either audio or networking (or both). I’m a Linux user. I wanted to know if those codecs are FOSS or at least compatible with Linux. I don’t know anything about codecs and don’t know which mobo to choose. And also I’m not rich. So that will narrow the list down

In general most things will just work with drivers that are currently opensource in the upstream vanilla kernel these days.

When it comes to wifi, “standard” thing these days is that there’s an opensource driver that ends up uploading a “firmware” blob.

Any particular board(s) that are on your shortlist? - maybe folks here have the same.

I have used Asus boards, specifically the Prime X370 Pro, quite a lot on different distros. In general everything works fine. What I have found lately is that ASRock boards will give you WAY more sensor information about voltages, temps, rpm and so on. I currently have a Taichi Ultimate for my gaming sysstem and I am actually building a second system with that board shortly. But I also have a AB350 ITX fatality whatever gaming AC and the same is true there. AC wifi is working out of the box, audio is being recognized when I forget to disable it so I am guessing that is working too. And sensors galore!

Whatever you do, take a good look at ASRock!

Thanks for the replys.
Im concerned with these codecs:

i took your advice @noenken and looked the asrock boards, did not hear much about that brand so i was a bit scared, but since you ‘praised’ and those sensors were cool i changed my mind. I need some help to choose a mobo now.

Asrock: OneTab link
The two Fatal1tys looked identical, but one was 20$, and the “KILLER SLI” looked the same but in white. [please tell me the diferences if there are, or confirm if there arent). And then the “X370 Pro 4” looked the ‘weakest’ to me. PLEASE CONSULT ME!

MSi: OneTab link EDIT: the Msi comparison table wont load in onetab
In specs all of them are the same, only the ‘gaming plus’ does not have shields or what you call them. PLEASE CONSULT ME!

Asus: OneTab link
there was only one that i liked. PLEASE CONSULT ME!

As you could see the price is max.135 Euro, as my budget is very tight, but please tell me if its worth to get a higher priced x370 around ~155Euro,(those look better cuz they had Rgb, is that the only reason tho, if not is it worth it?)

All those controllers are supported by most linux distro´s by now.
Realtek ALC1220 is a standard chip used on pretty much all motherboards.
And the same counts for the intel i211AT NIC, which is a standard on manny boards.

As far as decent X370 boards are concerned.
It depends a bit on the cpu you want to go with.
And what your particular goals are with it in terms of overclocking.

But the Asus X370-F Strix for example is really a great board.
Its exally the best board of the X370 midrange category.
Other very decent midrange X370 boards are the Asus X370 prime pro,
and Gigabyte Aorus X370 Gaming 5.
Maybe you could find any of those at fire sale, since X470 has kicked in.

Isn’t that the same PCB like the prime X370 pro?
Because lmsensors won’t tell you shit about anything on that board.

Isn’t that the same PCB like the prime X370 pro?

Because lmsensors won’t tell you shit about anything on that board.

It basiclly is the same pcb from what i can see.
But strangelly enough Buildzoid and some other sources,
claim that that Asus used IR3555 60A powerstages on the Strix board.
Instead of the 40A Ti Nexfets that are on your Prime pro.
I personally did not have had the chance to look into the vrm of the X370-F strix board.
So i do kinda have to believe what Buildzoid ops about it.
But honnestlly to me personally using IR3555 60A powerstages on a midrange board with 5K chinese caps and cheaper inductors,
doesnt sound very logical to me personally.
But yeah several sources claim it to be.

Never the less those 40A TI nexfets are also decent aswell.

OK, I’m not really talking about VRMs. Thing is on linux you won’t get a software read out about voltages, fanspeeds or temps at all from the board. CPU temp is all you have. That is a problem, fancontrol won’t even work.

Ah okay yeah well i guess that an issue with most boards isnt it?
Fan control pretty much must be controlled within bios.
RGB control same problem for those who care.

Not with ASRock, I have tons of info on the Taichi Ultimate about basically everything.

Seems to me that isn’t well known? Maybe gonna post some screenshots tomorrow.

Ah thats kinda interesting.
Didnt know that about Asrock.
But i have to say that Linux review coverage on certain crucial things like fan control and sensor readouts is pretty much non existand.
If he could find a Asrock X370 Taichi on fire sale,
then its definitelly something i would recommend of course.
Its still one of the best X370 boards out there. 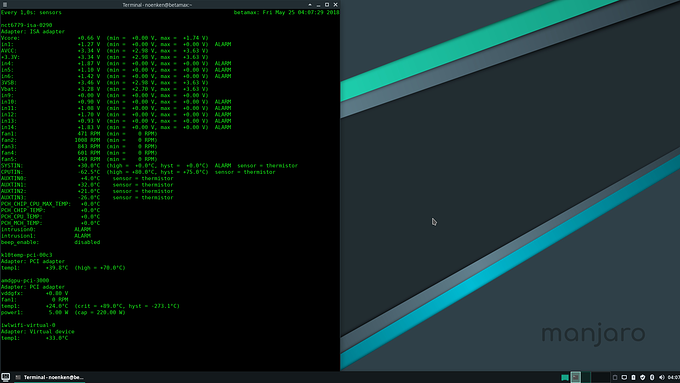 That screenshot seriously temps me to return the Asus C7HWIFI along with its BIOS gremlins and get a Taichi.

Here’s what sensors looks like on mine, and consider that the “it8665-isa-0290” section is after compiling and inserting the it87 module from github. Also note the asus sensor detects only one fan … and lies about 0 RPM. 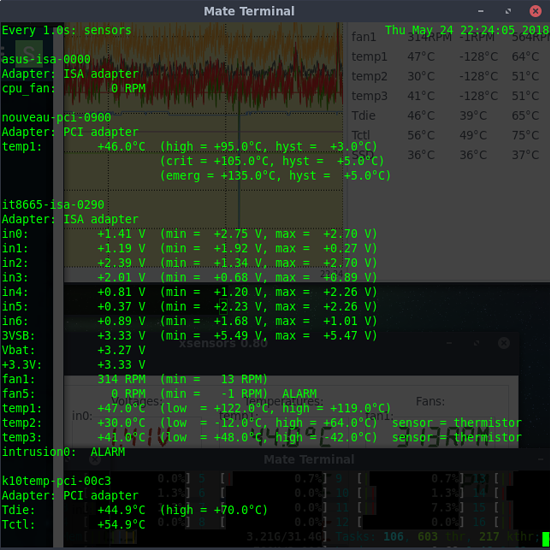 k10temp is also from compiled from the latest github commit and introduces Tdie + Tclt instead of a single readout.

Yeah that was kind of the same thing on the prime x370 pro.
I just thought “well, gotta be because Ryzen is new” but it never changed.
And then I try an ASRock board and TADAA.

Thanks very much for replying guys. Now i definitely like Asrock boards, tho the x370-Taichi is quite over my budget. i would you @MisteryAngel & @noenken to tell me the differences in THESE mobos. So i know if it is worth it for me, so i cheep out in another part. Because im not going to upgrade my mobo/psu, i want to buy good ones thats are durable for some years. (cpu/gpu those i can change)
[@noenken cool man i run manjaro too, also the same theme]