Again, I do not game. What do you suggest for a new video card? Basically, I like to have a card that can drive my new PC monitor at 1440p and drive my home theater at 1080p at the same time. Will the new card permit me get rid of the splitter since it will have the necessary ports in the back of the card? Thanks. 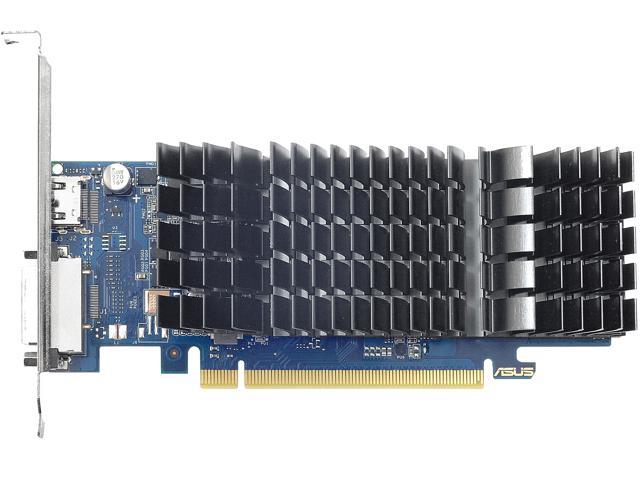 Thanks sanfordvdev. I went on ebay and saw some of your suggested cards. A lot of them have a plastic cap over the hdmi or display ports. Does it mean that those ports are not available or are those protective covers for the ports?

Thanks for your suggestion. This would be a direct replacement for my current Asus GT 430 passive. I see that this card has only a DVI and a hdmi port. This means that I will have to use my hdmi splitter. Furthermore, my new monitor can do 75hz. Can hdmi do 75 hz for refresh rate. I already have a display port cable. It came with the monitor. Best regards.

I’ll be a rebel and say go AMD…

Thanks for chiming in on this topic. I have no issues with AMD. I am on my second PC that I built. The first was AMD Opteron 170 which lasted 9 years. It just that I have no experience with AMD GPU cards. I looked around and the 1050/150ti is going for around $150 new. My guess is that the RX570 is even more card than the ones I mentioned above but less expensive.

One caveat is that I still dual boot Windows 10 and Linux(s). Are there any concerns with the drivers not playing nice with both operating systems? So far no issues, non what so ever with the Nvidia GT430 Silent.

BEGONE SATAN…
For real though, no idea… I don’t use Linux and have no idea…
Also 570 destroys 1050 in pretty much anything, but I have no idea about the whole Linux thing.

Thanks. The only issue is that I need at least one hdmi and one display port to drive my current displays.

The only issue is that I need at least one hdmi and one display port to drive my current displays.

If you don’t run 5.1 from your HT-reciever, a simple Displayport to HDMI cable (or adapter) will make the NVS 310 work for you.

The 550 is a different chip (Polaris 12 vs. Polaris 10) and i think some versions of the the open driver(s) are a little less stable with some distributions. It’s also a fairly minor cost bump for like 2x performance in everything else if you step up to rx560.

This may be fixed now, however CentOS 7 gave me all sorts of issues with it.

2560x1440 is doable with a potato these days, maybe even consider the secondhand market. Stuff like GTX760, GTX960/970 will also be just fine and may offer better performance (than rx550).

However in my experience, i think AMD colours look (ever so slightly) better. I figured it might have just been me but googling it, it seems its a thing.

First thing i noticed switching from Nvidia GTX760 to Polaris RX460 was that the desktop just looked nicer (Windows). Hard to put finger on, and maybe individual card (Gigabyte Windforce 760 vs. reference RX480) had something to do with it, but that’s my experience.

I’d double down on seriously considering a Polaris card. Polaris 10 open drivers are solid (had zero issues with polaris windows drivers either), the performance is good for the price, as above i think AMD does colour better and with Linux, you’ll have open source, out of the box, in kernel driver support with no screwing around.

Install modern distro and it will “just work”.

Kinda, however it will miss out on hardware modern codec support and the open source drivers for older cards are a bit more of a root around (not sure amdgpu supports them properly?).

But yeah if absolute rock bottom price is a thing…

Kinda, however it will miss out on hardware modern codec support and the open source drivers for older cards are a bit more of a root around.

Check out my AMDGPU thread. Valve just put out a driver for southern islands. They are fully supported as of like 5.4 5.5

(this also means southern islands cards that were based off of cards like the 6870 will work, including an actual 6870)

Just wanted to thank all of you for the suggestions and discussions. I pulled the trigger and purchase a Sapphire PULSE Radeon RX 570. It is a bit more expensive but I hope that I can keep using it for a long time. Best regards.

so i just join this party late to say you should not get an polaris card it can’t decode VP9 in hardware which is used by youtube but a used 950 can and a 1050/1030 can do even profile 2 which should be unimportant to you.

Thanks for your reply. So does this mean that I will not be able to watch youtube? What is VP9? Why is decoding in hardware important? I am just watching youtube videos. Please explain.