So roughly a month and a half ago I had a poll of a new laptop to get with teh Ryzen 5 HP Envy X360 coming in as a poll winner. But, I did say that if / when the new System76 Oryx Pro came out and it had a 6 core processor that I would have to look into it because of the extra cores, which I am all for. On top of that, earlier today I was reminded of the Asus laptop that has a real desktop RX580 and real desktop Ryzen 7 1700. So, now I have a new spec proposal:

As an everyman machine, the Envy X360 15z is a fucking steal. As near as I can tell, its the only laptop on the market that boasts the features it has, but in recent research there are 3 actual modhel RX560D style. 1 is windows ink enabled, 1 is just basic touch screen, and one is the early early models that sometimes had working touchscreens and when they did drivers would crash. These are fucking everywhere and mixed in with each other, but if I were to buy one I would buy it from best buy and spuc it myself as they only have the windows ink enabled models, which are the ones I am interested in.

Then, theres the new Oryx Pro.

Theres the specs if you haven’t seen it yet. It would be relatively the same as before, just with a 6 core processor and probably a 1060 now as I need to gain cash to move out. But still, my problem with the machine is that nvidia chip. If they had Vega’s I would be all in, but I just can’t trust that nvidia drivers aren’t going to bork everything like they have in the past. BUT… The 6 cores force me to really look at it, hard.

But I forgot about this thing. 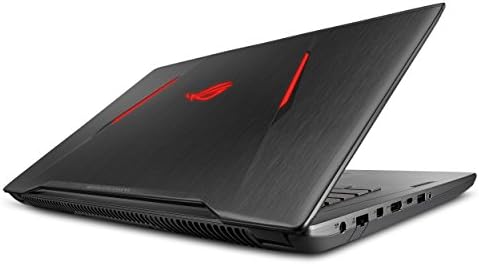 That asus, if I remember correctly, was complretely linux useable without a hitch! And has desktop chips in it too that don’t overheat.

But aremis you silly slut you said you needhed a touch screen with pen capability!

Not to worry nerds, for there are Cintiq’s.

I’ve actually been looking at cintiq’s for a while, and while pricey, would be a lot better than the X360 for what I want to do in digital art. Albeit over my head at the start, but quality nonetheless. h Even not-really-cintiq’s but close enough ones. Such as: 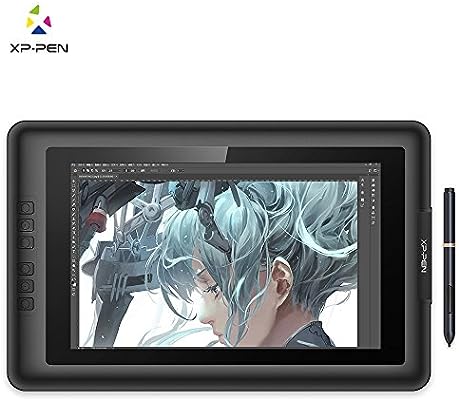 But I need deeper research into them. I could also just use the tablet I have and upgrade to a newer one. While the touchscreen would add to my workflow with the X360, I’d mostly use it for art in all honesty. After thinking about it for a while I might as well to a cintiq or something similar to one.

So, as an updated poll, again choose my fate. If there aren’t enough votes to justify a different machine then I will stick with the X360 and not really worry about it.

And potential tablets as mine is… well, kinda shit. 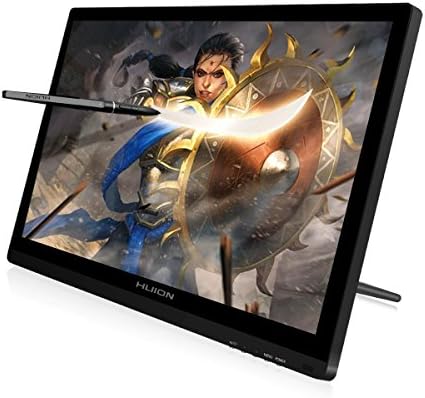 About huionhuion is a nationally supported high-tech enterprise with the core technology to research and develop independently. huion always drives innovation forward to provide an excellent experienc ... 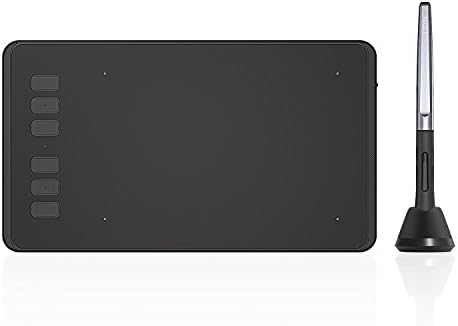 About HUION Huion is a nationally supported high-tech enterprise with the core technology to research and develop independently. Huion always drives innovation forward to provide an excellent experien ... 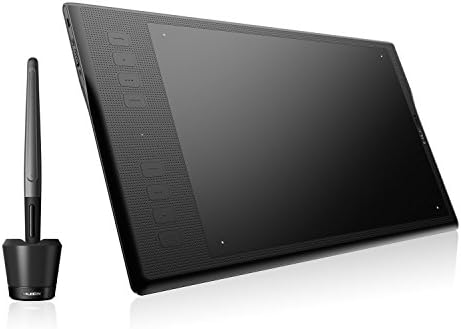 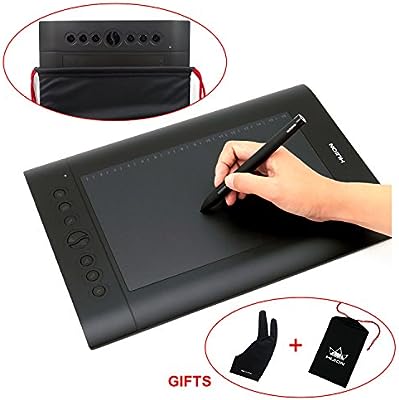 Features Smart Sensitive Performer Varying the pressure of the pen against the drawing pad can create variations in line width and opacity, which makes you feel as if you are drawing with a real pen o ...

I list Huion because I like them. If you have ideas, put them forth as I only have limited experience.

Over the next few days I’ll do research. A lot of things don’t occur to me that I can purchase such amazing machines as that Asus, but with a source of income and soon a probable job change, I’ll be able to buy a new laptop in no time, and optionally a tablet depending on if consensus has changed.

And again, if there aren’t enough votes to justify a change, I stay with the X360 as planned.

Thanks! Off to bed.

Poll: What Machine To Purchase For Review

Well, now that you have more funds:

what is your current budget?

That depends on the time frame and the machine. I wnat a machine tha tI will review for the community to help future purchases, whether it be an Oryx or an Envy or a ROG or an OMEN. Asy of these I am willing to get, and I like the specs, but its the timeframe that is the key there. I need to move out soon, and I need to pay off some bills. Could be 300 saved a week, or 500, or more or less than either of those. My current job has fucked me in hours and pay so I am moving to a different one, which should help plans of this and moving equally.

what do you want to do with your machine?

And portability isn’t a huge factor, just a convenience.

I know there are other deals out there for laptops, IE MSI (which can catch on fire) or EVGA (which again nvidia), but I want a specific like of specs and hopefully an AMDGPU. Whether its a high power one like that asus, or a normal machine like that envy. It’ll work fine for me. The oryx is simplyf in there because I want to support S76 and own one of those machines. The nvidia chip honestly irks me though.

My vote goes to this.
https://www.anandtech.com/show/12777/asus-unveils-ultrathin-zenbook-pro-15-with-sixcore-core-i9-gtx-1050-calibrated-4k-lcd

Interesting. Not my cup of tea though haha.

Have you ever worked with drawing tablets?
I was thinking about going full blast and directly buying a Wacom Cintiq. Then I went with a simple (and much cheaper) Wacom Intuos Pro S. In hindsight, the better choice to get going.

Yeah I have a Huion H420. Its small, nice and portable, but it has a texture on it for some reason and I screw up my lines a lot. I was going to look at a cintiq, of some sort, as I can’t seems to pick up on the whole not looking at the paper thing.

Bump! I need more votes! Even people that voted before!

Imma be completely honest… I kinda really want that ROG.

Like, thought about it today… Looked at reviews of it doing games, and the 4GB VRAM isn’t much of an issue for what I want to do AI wise…

If theres a 8GB version let me know lol.

Now finding out that the ROG has NVME support. It is now equal to the envy in my eyes.

Frankly, that ROG seems fucking awesome. I’ve got a 1700 and a 580 8GB as a Linux machine for my desktop. It’s absolutely amazing and having that in laptop form factor is a dream come true.

I think you’ll be completely happy with the ROG machine. They’re all pretty good systems, but at this point, it’s just down to what CPU you want. Speaking from experience, you’ll be happy for quite a while with the 1700.

I need CPU, graphics that aren’t terrible, and NVME. Seems most laptops in that area are 32GB ram capable and up, and I would prefer a penable touch screen… But that market is so fucking niche theres like 2, the Envy and the Dell. I hate dell, and over the last week I’ve been seeing things like driver issues with pens on all but ONE version of the envy’s that are based in BIOS. Some pens work, some don’t, some sorta work, the bamboo XWC pens seem to work most of the time while others can work 100% or none ofg the time… I mean its really making me look at a cintiq and that annoys me a lot.

With a full 580 in it I wonder if you couldn’t strangle the crap out of the voltage and get a little better battery life too.

See I was thinking put a 2700X in it or somethding and call it good. Should be a 1:1 thing as its literally an X370 chipset stuffed in there. I don’t like the 4GB Vram, but I’ll live with it. For teh AI stuff I wanna do the ryzen chip might be more interesting.

See I was thinking put a 2700X in it or somethding and call it good.

I doubt there’s an AM4 socket in there. If there is, please let me know. That would be awesome!

RE: the 4GB of vram, the GPU is on the same PCB as the motherboard on this laptop, so you’re committing to the GPU for the life of the system.

Itsa full blown AM4 socket and everything. You can pull the 1700 out and drop it in a PC ify you want.

That’s crazy. I thought they stopped doing that stuff years ago.

For these sorta laptops? Hell no thats the only way you CAN do it.

Ah, that makes sense I guess. I was under the impression that even the high-end Intel ones were baked, but I’m very glad to be mistaken.

I’ve moved to netbooks since most of my day to day work is low-power and i’d much rather have battery life than power on the road anyways.

If I’m doing anything computer related while I’m out I normally have my workstation laptop with me (Asus G50VT-X5, C2D E8135, 4GB Ram bc DDR2, 'NV 9800GT) but its such a pain in my ass because the nvidia drivers never fucking work and I’m not going to do a 200 step process to install older ones. Its why I want an AMD laptop because everything is good to go out of the box. No fucking around. They don’t even do dual graphics because thats a massive pain in the dick too. AMD makes sense, at least to me.

Battery life isn’t a huge buggaboo. If I need a laptop while I’m on a trip I will have one with a battery and probably all I am going to do is write things, so that’ll be my ibook G4 with a 6 hour battery, my Macbook 1,1 with a 5-7 hour battery (kinda depends on the day lol), or my Lenovo Y40-70 with its 4 hour battery, but it has some horse power. But, at the same time, if its not that important then my G50V is the only thing I take and I do the light stuff on my phone. Even when my thinkpad wasn’t broken that was still the same system, thougch more often than not the thinkpad stayed home because the battery life was ass. New battery too, just got an hour and a half for whatever reason. I know this sounds contradictory, but the G50V gets 3 hours. On top of that its i5 didn’t perform near as well as this E8135, which is fucking stupid as its clocked way higher. IDK why, it just was kinda ass. Still liked it, but eh. They cheaped out on it a lot.

Annoyances annoyances. The ROG might be what I do. Then I’ll get an envy used in like a year for 400 bucks. Or less.r

Thats the general plan for now at least.