RDP to Ubuntu server 20.04 other ideas for remoting in?

Hello,
I’m new to the whole server thing here and I have recently gotten a 1u server that I installed Ubuntu server 20.04 on. I am trying to set up a way to remote into it and seem to be hitting a wall. I have installed the xrpd packages and when I try to remote into the machine from windows 10 all I get is a black screen. Any ideas to help would be appreciated. Also if there is another easier way I am up for trying that as well.

Not setting up ssh? 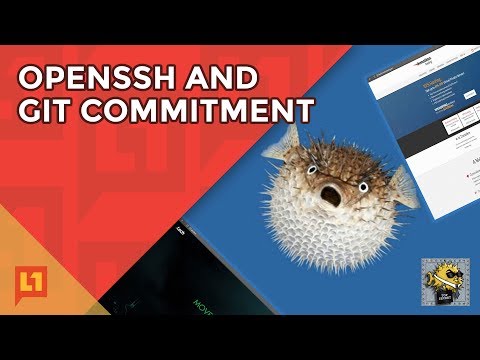 You could check out Cockpit? It’s in the repos
It does not have a GUI, but has a terminal, and graphical settings, similar to freenas interface, kinda…
Or maybe Webmin? (I never used it myself)

I’ve used it on some headless setups.

theres VNC but I think you’re expecting something to be a particular way and it just isnt. Ubuntu server doesnt even have a GUI in the traditional sense out of the box.

I agree with @Trooper_ish that cockpit would be a good place to start. It gives you a web interface. Most of the linux server experience is going to be spent at a terminal via SSH or some webmin interface sometimes.

I think you have a windows like expectation of a linux server and this is unfortunately not the reality of things. Its not your fault that you have this expectation either since its probably what you know and so of course you’d look for similar functionality… however linux is a very different animal. You will have to break the mindset that you can use linux in a similar fashion to windows.

Ultimately all 3 of these are going to have you interacting with the terminal because thats how most guides will be written. I think you should start with SSH.

I just tried SSH and I can’t seem to get it to work… It asked me for a password and I don’t know what it has been set to and now it says Permission denied (publickey)… what do I do from here?

That should be the password for the user on the Linux system that you are attempting to connect as. If the server is accepting remote connections(which I assume is it otherwise you’d have other problems), then it should be just as if you’re logging in to the machine directly from the terminal.

is your $HOME directory on the remote server publicly writeable? it wont allow it if it is.

That’s because public key auth is enabled and doesn’t allow the less secure password authentication. To enable that though you have to edit the sshd config and restart ssh.
You do that with the following commands:

The press Ctrl + W and search for PasswordA

If it’s not ssh then try sshd. Systemctl controls all the processes that run in the background.

After that you can access your server with putty or any other ssh client, but be sure to use your username with your system password.

So I got home today and tried RDP and it magically worked. Checked the password thing before trying to make the SSH connection and was able to log into it. Thanks for the help, I will look into the other options to see how they work.

While yes I am new to Linux I wasn’t sure what the best way for remote access would be. The only reason I was looking at RDP was because my Aunt that has a lot of experience dealing with servers and networking suggested I start with it. I’m still not sure how I ended up getting RPD to work but it magically started working yesterday and so did SSH. I figured I would try to learn a little bit while I could but don’t know why/what was causing the frustration of it not working…

The best way to work with a linux server is going to be SSH + SFTP/SCP imo. You can use putty/filezilla, but I prefer mobaxterm for this.

The thing you might consider is figuring out what you want to do with the server.

I want to do multiple things with it. I’m going to have a game server running on it which I have figured out. I want to try to get Samba working so I have a place to backup my files and such, maybe even have it Cloud like, but I haven’t had that much luck so far getting Samba to work. Might do my on VPN with it but haven’t decided on that one yet. I also have it running a [email protected] client on it.

samba is as simple as setting up smb.conf

as for cloud, nextcloud is a solid option

I believe I have set up the smb.conf file but I have not been able to connect to it from other computers on my network. The server is the only Linux system so I don’t know if that will have something to do with it or not. So far I have been able to access it one time and I don’t know why that is