I’m new to the forum as i figured you’d be the right people to ask for help.

My now aging MSI r9 290 is starting to fail spinning up the fans on boot. This has happened a couple of time and crashed the PC. I can temporarily fix it by manually spinning them after its booted but would anyone know why this would happen if they happily spin when pushed? I dont really want to buy a new card right now so any help or advice would be appreciated

Is it dirty/dusty at all? They are getting on a bit now, I have the sapphire TriX 290. It could be a small bit of dirt just stopping the fans, they don’t have a lot of torque.

That said, if I’d have to manage one NOW, I would set fan curve higher from bottom to make sure it never stops, and if nothing else you’ll hear it stopping

Thanks, it seems pretty clean and i do occasionally clean it and repaste it but i might take it out and have a look. For what i use it for its plenty of GPU so im hoping its nothing serious

It isn’t serious, most likely. Fans get old, they die. It’s not getting enough umpf to start itself.

The most likely solution would to just go online (ebay), find the fans for your GPU, and replace them.

I really doubt there’s anything wrong with the GPU or power delivery.

I recently replaced the fans on my 290x as they were making a lot of noise. Probably ball bearings worn.

The’re pretty cheap, and easy to replace. So I’d give it a go

Thanks everyone, i’ll look into it

Get the gelid PCI-E video card to 4 pin PWM adapter and some really high quality 140MM fans. Zip tie on after removing the old fans and plastic shroud. I dropped temps 20-30deg C this way.

Thanks for the tip and that’s pretty much what i’ve done. 120MM fans but still works a treat. Much quieter as well

Hello, i have the ASUS Radeon R9 290X DirectCU II (https://www.asus.com/Graphics-Cards/R9290XDC2OC4GD5) and the main fan died and the second one makes a very VERY bad sound.

I plan to replace both of them with 2 Noctua NF-F12 industrialPPC-3000 PWM (https://noctua.at/en/nf-f12-industrialppc-3000-pwm) and zip-tie them to the cooling plate but i have concerns about doing this.

Is the airflow enough to keep the card cool under load ?
Also, i have concerns about the 4 pin connector from the fan not being compatible with the pins from the card… and another thing, the connector on the GPU PCB has 5 wires instead of 4, what is that all about ?

Where i live is very hard to buy a replacement fan… and for the same amount of money i can buy 2 Noctua NF-F12 industrialPPC-3000 PWM.

Thank you!
P.S. I do NOT care about how it all looks, i want the card to be silent and cool even at 100% load. 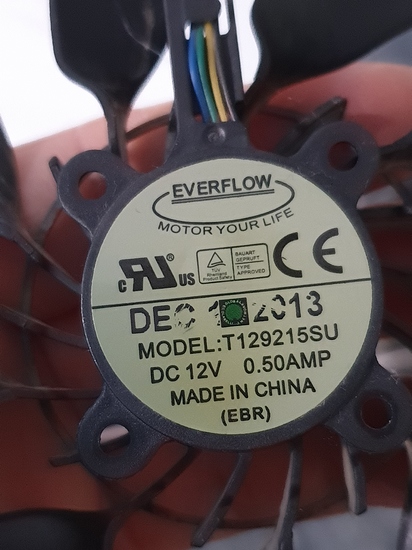 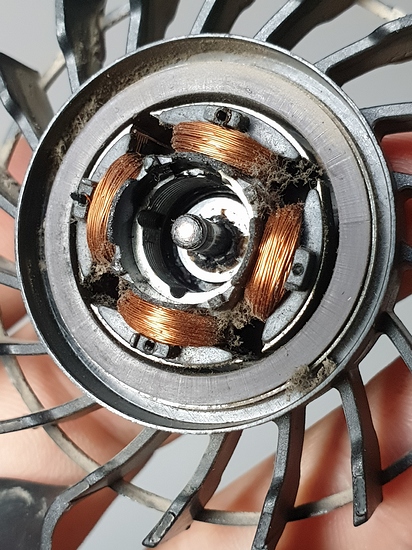 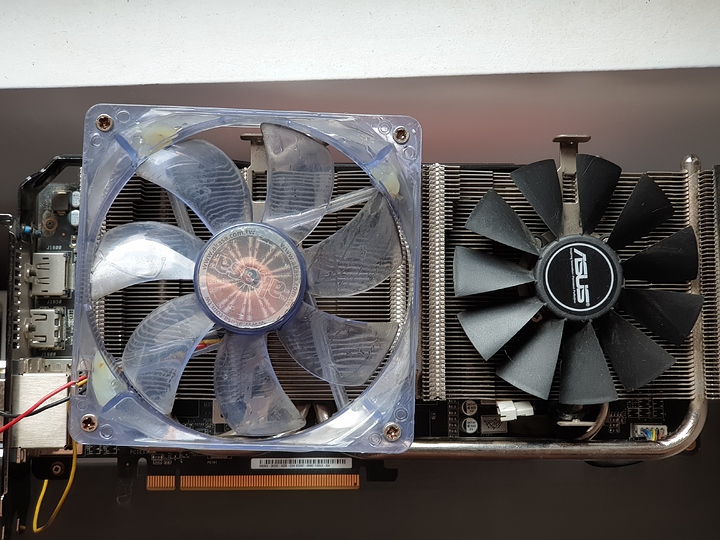 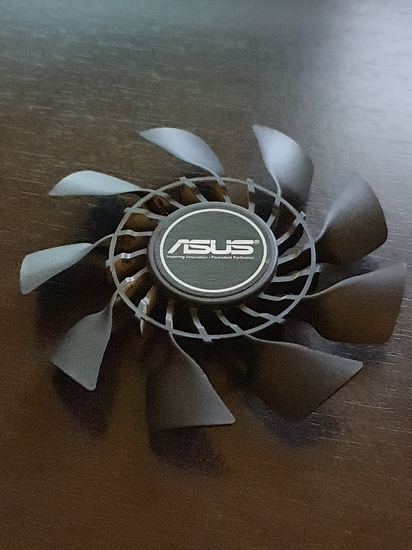 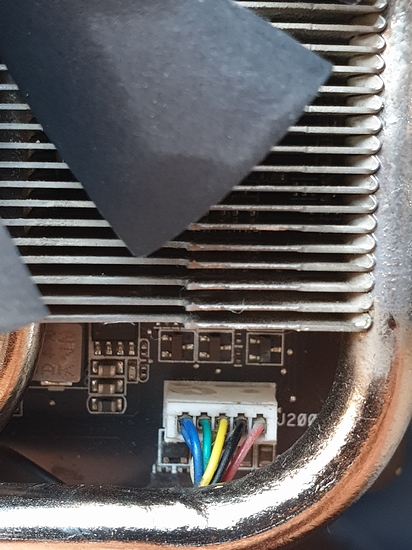 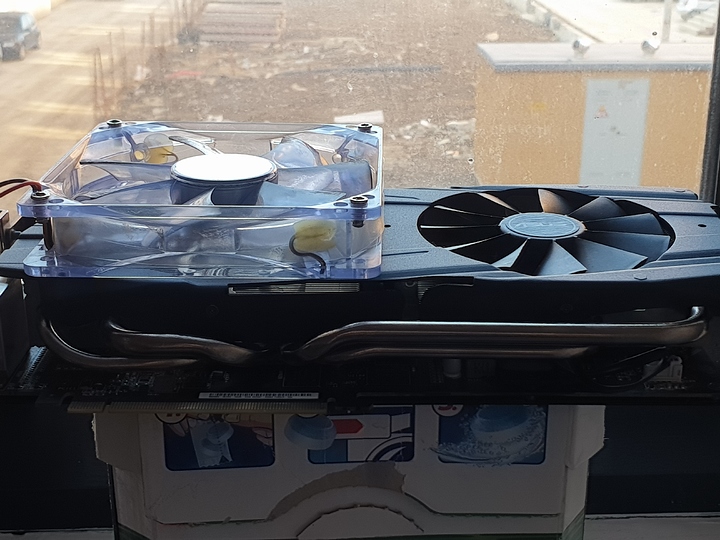 The 5 pins for the fans, I would guess each fan has its own RPM monitor lead going to it.
Would have to trace the wires.

Edit:
Judging by the image, each fan is 4-pin. 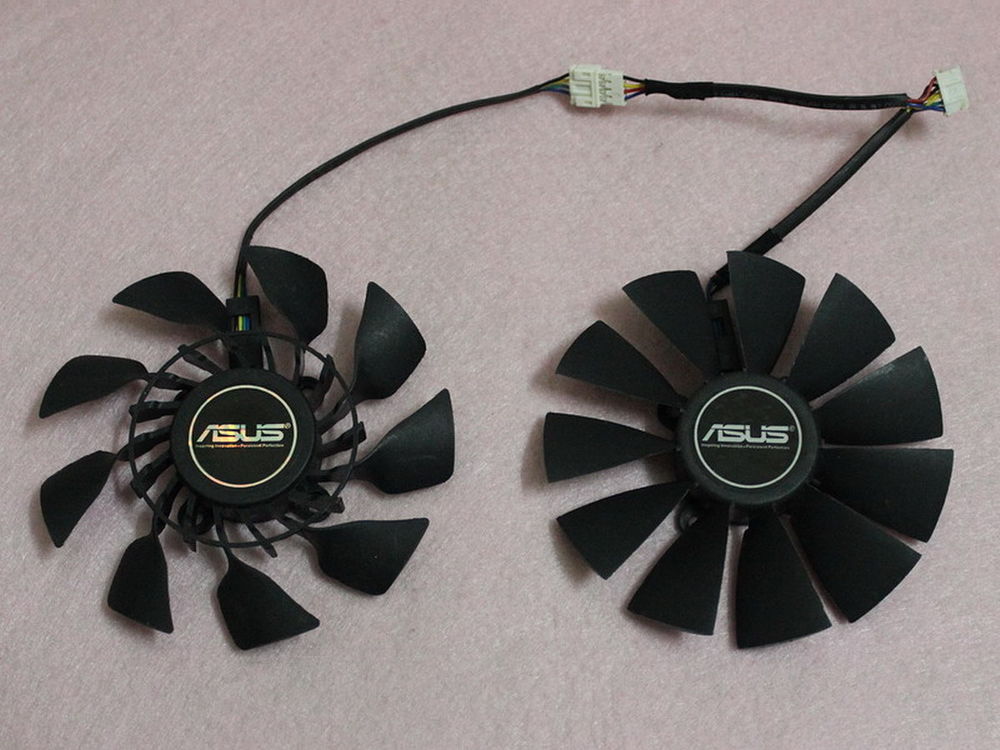 There are a bunch of ready-made adapters to hook normal 4-pin fans to those GPU connectors, one example is this.

Look at a new cooling block. Asetek probably has about 5 available as is. I also saw people mount / mod and mount CPU coolers to cool them back in le day.

a new cooling solution is way too expensive and for such an old video card… i don’t think it is worth it, but thank you for the sugestion

about the airflow, do you think it is enough ?

about the airflow, do you think it is enough ?

You might go for 80mm just so the airflow is more concentrated to the card… Or 94. 10 might be too big.

It is basically a DIY Raijintek Morpheus II

Glad you solved your issue!

Feel free to stick around. Lounge around… Engage in the banter…

My concern isn’t so much dho they fit, its more does the airflow go where we want it to?

All the air of a fan comes from the outside, not the center. I’d be concerned if all the focused and bulk air went where I wanted it to. 290’s are hot, after all.

120mm fans will move more air than the stock fans (looks to be 85 to 90mm).
On the parts where the fans blow by, some tape/cardboard/carbonfibre/etc. could be used to close the gap.