So I have a spare 2400G and am not sure what to do with it. I like the Idea to have a MacMini like PC for taking to friends etc.
Of course i could just go with a Asrock Deskmini and call it a day but that seems less fun.

together with a NANO PSU : https://www.caseking.de/streacom-st-nano160-passives-htpc-netzteil-160-watt-nesc-004.html#comments

I will have a Gigabyte AB350 gaming wifi available soon from my HTPC so all else would be RAM and thats it.

The thing that concernes me is the heat though. I like the looks of the Case but there will be no airflow or at least not alot. Hopefully i can keep this thread updated

If you use that PSU, make sure to use an appropriately large power brick. In other words >150w if possible. My brick only supplied 110 watts and my 2400G system can draw a tiny bit more than that which gave me some issues. It usually isn’t a good idea to run a PSU at maximum, so I wouldn’t consider a 120w brick to be sufficient.

I’ve got a monster cooler in a larger case, so I don’t know about heat or which cooler would be best for that case. If you game with it then expect it to put out more heat than 65 watts. You can always disable a core to have 3 cores/6 threads and have lower power consumption with less heat. Seems plenty powerful that way for a basic HTPC and low end gaming.

thanks for the tipp, i didn’t look into powerbricks tbh forgot that Part

I have a wraith prism and a stealth, sadly the prism won’t fit that case…

That is an uATX mainboard and an ITX case, so that won’t fit, or am I missing something?

this is a ITX Board sorry my bad.

So my idea was a build that is more or less Handsized. I already have a HTPS in the cougar qbx which can take GPUs . so IMO the silverstone would be abit too big.
the lian li pc i like alot

Looks like a good basic system. I have had issues with Gigabyte boards in the past, but I think I have just been an unlucky one. I like that SFF case. Put some random decals on it, maybe ones from the Level 1 store.

Yes i really like the Looks of it alot. my thought now was maybe to first run Everything in the Mainboard Box . With a bit of Fantasy i could keep the noctua l12s on Like that . Should be around the same size maybe smaller but without the 56 mm cooler restriction. I have a wraith stealth that would fit but also a l12s and a wraith prism, both would be alot nicer but wouldnt fit the streacom. In the Box i could Cut a hole and that whay have a carhood look to it while saving Money and can still decide on a case

Have you built it yet? I just ordered a 2400G. I’ll make a thread of mine once it’s built. Mine is a full size ATX because I have other things I want to expand to, plus I wanted some flashy RGB stuff since I’ve never done that before.

No Not yet, its running with a 1060 6gb in the cougar qbx until i get the board and Switch that system to b450 and r5 2600 . The 2400g then goes into the desk PC with the Gigabyte b350 itx. Feel free to ask any questions regarding the CPU or board

I do want to upgrade eventually, but for now my financial situation doesn’t allow me to spend on both a gpu and more powerful CPU. I’m using the PC more for coding, web design and some light graphics editing for now. I’m still excited about it because it’s the first PC I’ve been able to build for myself in quite a few years.

I know the situation, did it the Same way. First 2400g then 2600 then 3700x . Just make Sure to Invest a Bit more in the Mainboard . I took the cheapest one and Had to change it due to weak VRM cooling. Otherwhise nothing wrong with the 2400 by itself.

So everything works for now. The nano PSU seems very nice working and has enough Juice to Power everything. For now i stuffed Everything in a ps4 Controller Box (oh the irony) thermals are good , modest oc on CPU to 3.8 and didn’t do the GPU yet 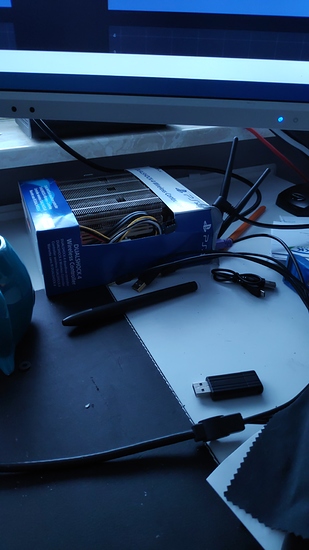 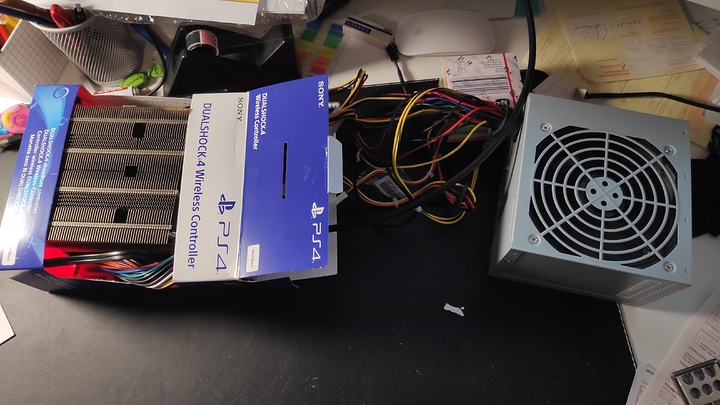 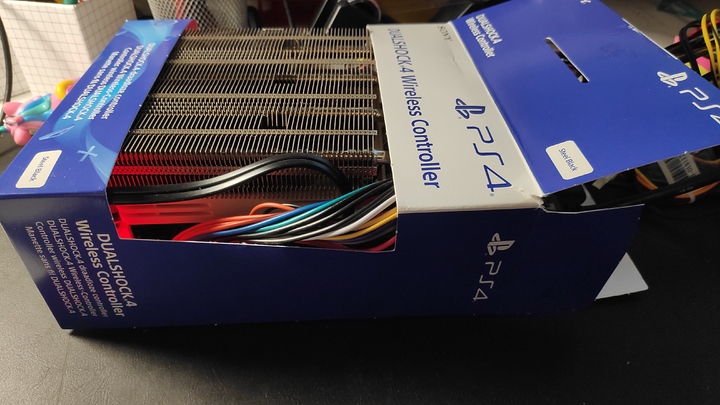 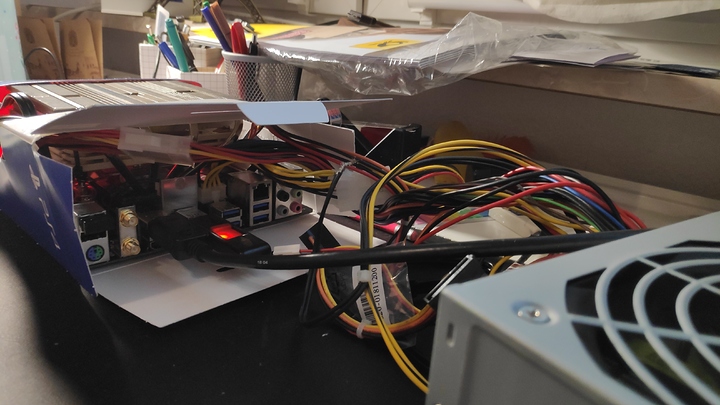 I would call that “shokingly small”

It really is , also If you keep in mind i have a 2,5 Inch SSD shoved to the Back of the Box. Sadly there are No cases that would keep the Formfactor and the Hardware

Sadly there are No cases

I would love to, out of wood should be easy. I also thought about buying a akasha l80 and Just create a piece to lift the top a bit so the noctua should fit. Should be clean looking in the end. Somehow its not so easy to get a hold on 3d printed stuff here in germany at least Not for a reasonable price

A bit late, but if you’re still looking for a decent case this might fit the bill; 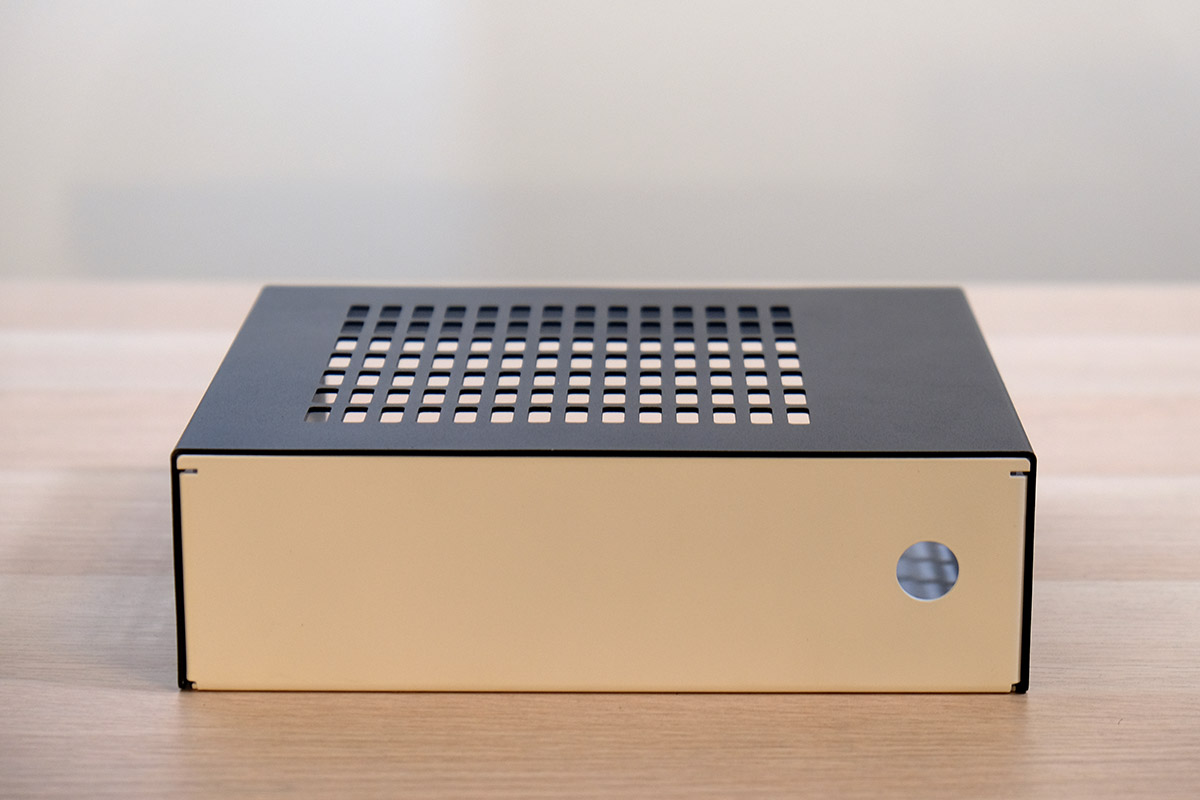 EXPECTED RESTOCK DATE: 25 SEP 2019.  Premium metal design, excellent ventilation, and wide compatibility with DC-DC units, the Pure is an exercise of function and simplicity. It is designed to occupy minimal space while offering excellent small...

Up to you though! Oh, and you should definitely buy this with: 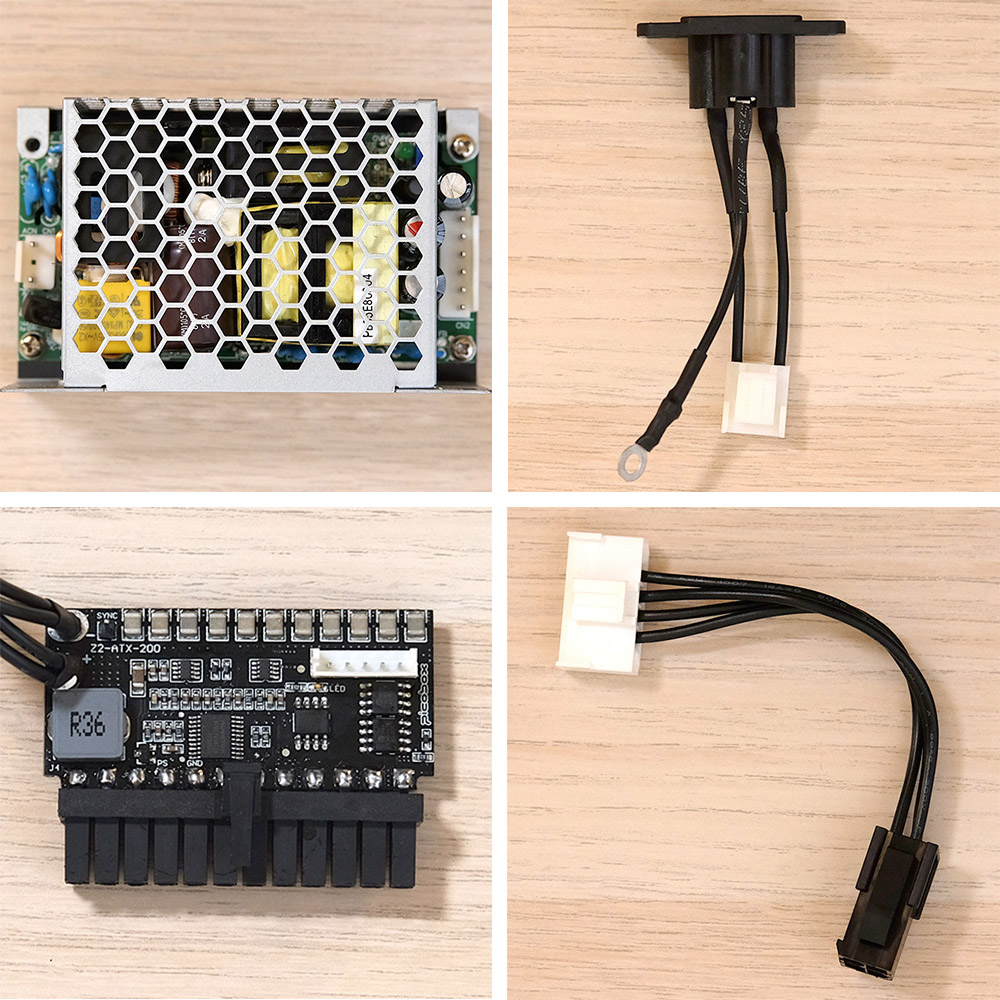 Thank you that case looks super clean , don’t know about shipping to Germany tho.
I bought the akasha l80 and tried to fit everything . The top won’t close because of the noctua l12s which was expected . For now i putted long screws and double sided taped it to them to lift it a bit. Temps with Prime 95 exced 97 C but while gaming stays under 70 which is nice 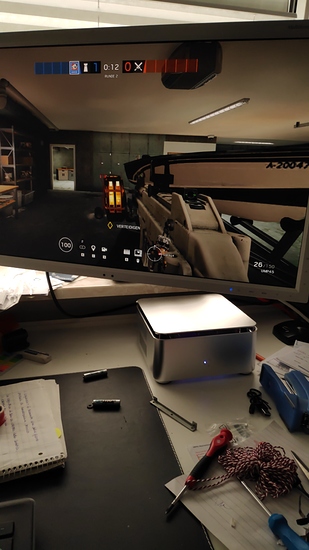 If you do make it out of wood, make a motherboard tray from metal and ground it to something. I think i’s cool to be able to make what you want/need, and not use what someone else thinks is right for you.

True, like i said for now its fine but i would like it more fitted and less Ghetto so maybe i try that