Quick Question - Will The GTX 760 Support My Rig?

Will this fit and support my rig?

Here are my components related:

Im already guessing it will, just need another opinion. Thanks
Rolling_Potatoe September 2, 2013, 3:58pm #2

The lenght should fit if you remove the harddrive cage, but its probably too thick since its thicker than a regular dual slot card. Get the cheaper evga blower fan card, its better for this case anyway because all the hot air will be exhausted out of the back.

Edit: i looked it up, your 760 should fit in there with about .5 inches to spare

So I measured the depth and the GPU fits perfectly with 2cm to spare. there is a vent on the case too so it should definitely fit. I removed the drive bays anyway, just to leave space.

Thanks for the help Rolling Potatoe

The video card is a 2 slot card it whont fit in anless you remove that wifi card in the first slot. 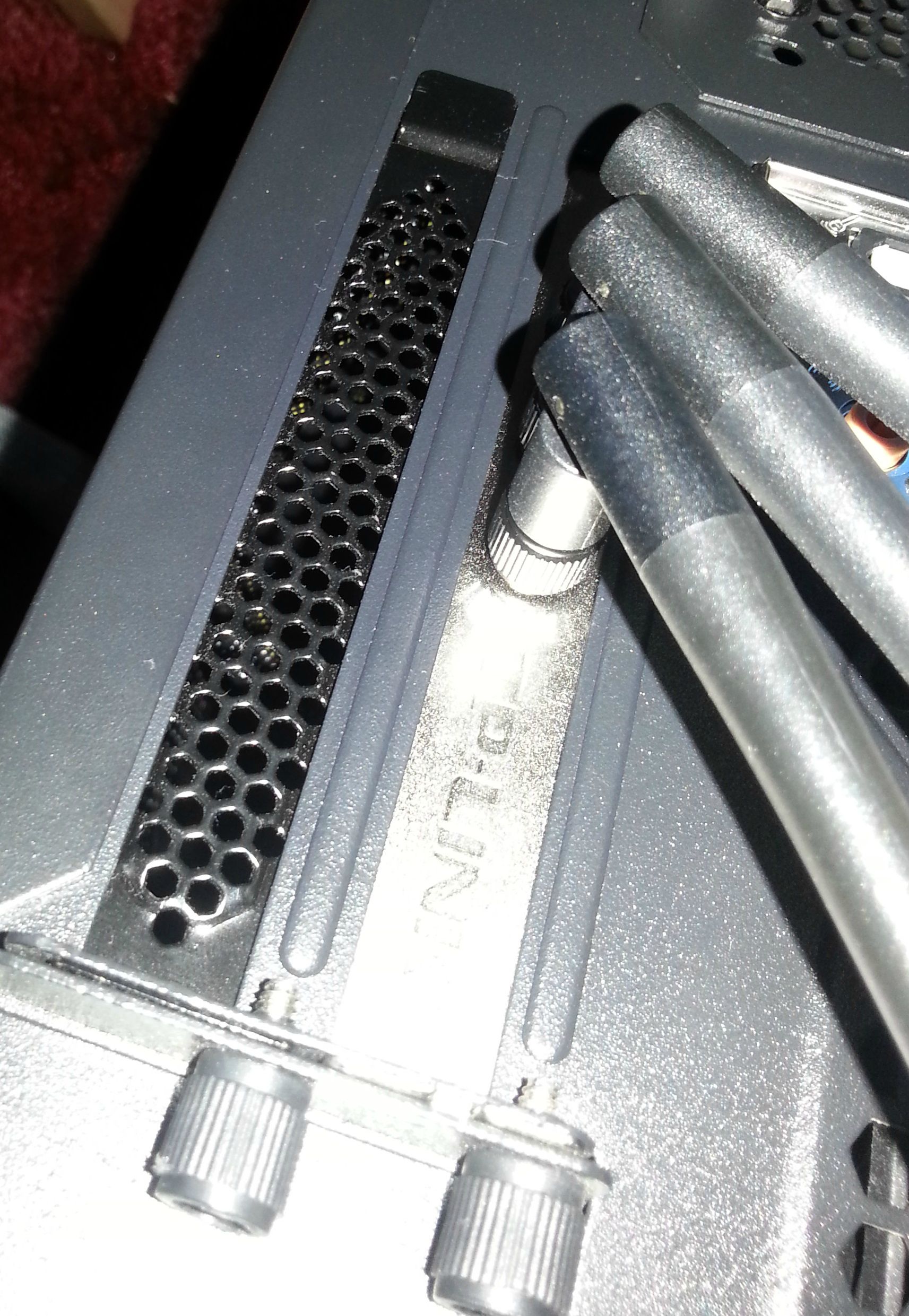 Yeah im planning to find an alternate WiFi route (I just couldn't be bothered to remove it :D)

Your psu is nice, it could even power a titan if youd want to.

couldn't you just use a usb adapter for wireless? i dunno much about wireless...had to use it before when i lived in the stix but just a thought. i guess maby wifi  is better or somthing i dunno. look into it

Yes you can get USB WiFi cards but i would spend a bit more to get a powerline adapter. My reason for this is it essentially sends a ethernet cable to your PC without having to run a cable through the house.

I use a powerline, way more reliable than wireless and dosen't eat up the bandwidth for my tablets/phones.