Hey guys, old time PC gamer who hasn't really gamed on anything but crappy laptops for the last 10 years. Decided I want to make a HTPC/Steam Box to be able to play games in my living room. Notes:

Budget $475 or less.
-Live in the US
-I don't typically get wrapped up around graphics etc. for games. Running smoothly is the key, looking good is a bonus. I'm looking to play the Mass Effect Trilogy, Far Cry 3, Skyrim (probably no Mods) and Saints Row.
-The case needs to be small, console like is preferable but a 1'x1'x1' cube could work.
-Plan to upgrade to a graphics card and CPU water cooler later.
-I plan to use an old xbox controller for most of my games and may try the steam controller later.

Let me know what you guys think, let me know if I'm missing something. Thanks for your time.

Well, you're probably going to want more than 120GB of storage...

Yeah, I forgot to mention I plan to grab a 1-2TB HDD later. I figure the 120GB SSD would hold me over for a little while.

What res will you be playing at? 1080p on the APU might be pushing it, I don't think you will be getting 60FPS, but a 30FPS cap would do fine, but that isn't buttery smooth for some games (Skyrim, sure, Mass Effect... maybe? FarCry 3, was that capped I forget). That GPU you will want asap.

Other than that it's a fine rig. I'd drop the SSD and get an HDD, a 120GB SSD really won't hold you out that long, games these days are pretty damn big. The Mass Effect Trilogy itself will probably fill your SSD up.

windows is cutting into that budget a lot, just use linux wink wink

Otherwise if you want to go without a GPU, you'll need to use at least 2400mhz RAM to really get the most out of the APU.

GPU has it's connector on top, so it should fit relatively easily

If you went mATX the boards are muuuuuuch cheaper...

That would be due to the lack of wifi I think.

@tar_Havoc When you are doing APU only gaming, get faster RAM, 1600 or 1333 is fine if you have discrete graphics but for integrated Graphics faster memory is key. Get 2133 (should be the fastest supported one, please verify) and use dual channel (i.e. two sticks of RAM). Your return on your money is probably 1 fps per buck spent over the 1600Mhz RAM.

Older APU and Stalker being pretty old but only as comparison: 10-15 fps easy. You can also watch what Jayztwocents said about memory speed and APUs

Dunno why the AMD ITX boards are so costly, but you naturally end up with a bigger case going mATX

APUs can handle at least up to 2500mhz, at least in this test, 2400mhz is what a lot of the higher end motherboards officially support.

Of course over 2400mhz you could get away with lower timings potentially, but the cost sky rockets making it useless unless you want a really small GPUless build with one of the In win cases meant to be vesa mounted.

Really wish someone would take the time to get the fastest DDR3 possible to run as good as it can with an APU to see the results, wouldn't be realistic at all, but it may be fun.

but you naturally end up with a bigger case going mATX

What about something that can integrate into the hifi stack (if OP has one)? They have the smallest height of any case. Cubic cases seem practical at first glance but integrate the worst in my opinion. Something from the Silverstone ML series could work good in my opinion.

@Streetguru
Yeah, I hate paying so much for windows but there just isn't enough games on linux yet.

@Garfield
Its funny, I actually watched that Jayztwocents video last night and decided to bump up the ram speed. Was thinking 2133mhz since he didn't seem to get much more performance beyond that.
Also, the Silverstone HTPC cases would be perfect, I'm just concerned about getting a graphics card in it in the future...

Regarding HTPC and full size GPU: A blower style cooler will exhaust at the back and not into the case. That is louder but you are sitting quite far away from the pc (often several meters in a living room). I would not worry too much about it, you only got a 95 Watt TDP CPU. GPUs can run quite hot without problems. The CPU taps out before the GPU does in terms of temps.

Yeah, I hate paying so much for windows but there just isn't enough games on linux yet.

Also if you're going to stick to a GPU less build, but you plan on a dedicated card later, just get the A8 7600, the A10s are only going to out perform it by 5 fps on average for around 40 more dollars, plus it's lower power. 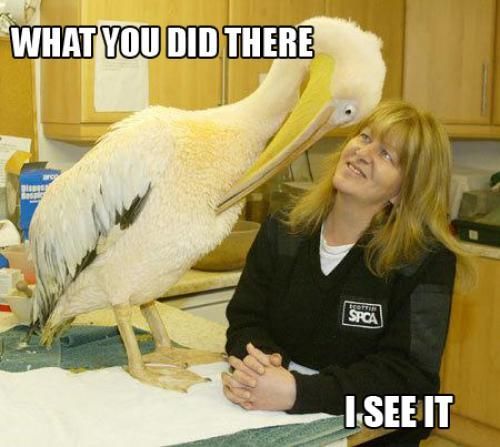 Meaning less heat. Which is nice for a hotbox .... ehh HTPC.