Part 2 will have user suggested benchmarks from our build video!


Part 1 is just the tests we have already done.
See the Ryzen build we used for testing at: https://www.youtube.com/watch?v=c0C1Z_KAjVA

This is an interesting series. +1 for SolidWorks testing.

I would also love to see some testing with Altium Designer.

In lieu of obtaining a Solidworks license, you could try testing the card with the browser based OnShape (it is WebGL based though). It is free to use as it follows the Github model for licensing. They do have just a high level benchmark that you can run below: 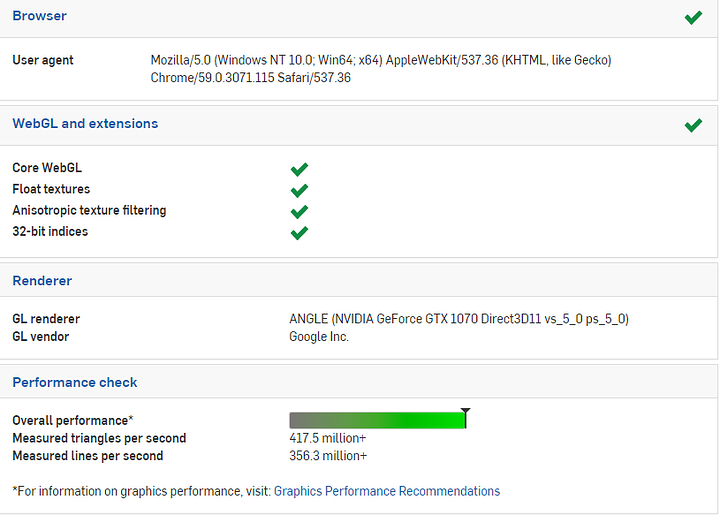 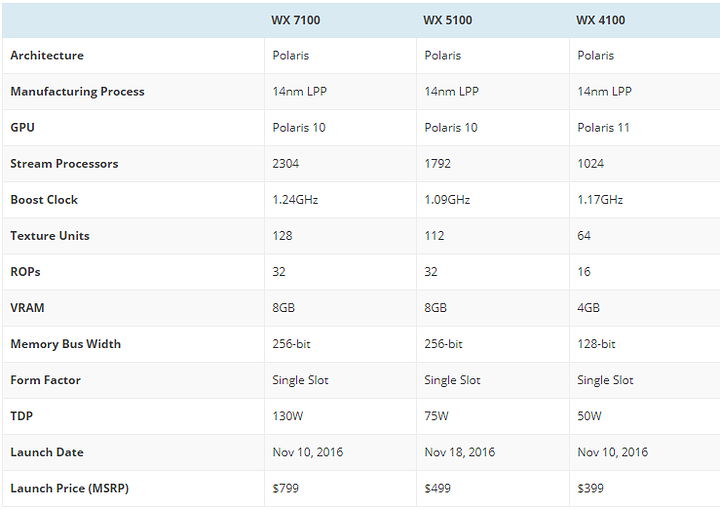 Launch price was $800 and I hadn't seen the price reduction. Knew I wasn't crazy thinking it was $800

It's all good, I almost read it wrong too.

The P4000 would probably crush the WX 7100 though. Might be worth the extra money to some people.

@wendell Maybe you guys could take the AI and Machine Learning what you did in the "ASUS Strix GTX 1080 11 gbps" video to a new level. Would be interesting to see how it performs and take something like the RX 570 or RX580 also into the mix to see the difference between the gaming cards in the middle of the road and high end. And the workstation class cards!

"There's a link in the description that has the full benchmark rundown for this card" - uh either I'm blind or this hasn't transferred to the forum and/or front-page post, I can't access YouTube here

It was said in the video that gaming cards caused glitching because they were not focused at accuracy. Is that not a driver problem?
Also is this also the reason why when running say the gta v benchmark the trees or other foliage structures randomly appear?Would it not appear if the benchmark was run on a professional card?

Is that not a driver problem?

Probably, but that's exactly the reason why those cards are so expensive. It's not that the chips are way superior or the VRAM is so much faster, but that the drivers are going through rigorous testing and certification.

I don't know anymore which video it was, might have been GamersNexus too. But it was explained pretty simple: If a gaming card screws up a single digit in a game you may have a glitch in the graphics, if a workstation card screws up in a CAD program designing an airplane you may have a few hundred dead people.

So yeah, certified drivers are expensive.

Yay, Dragons! Also, Mudbox sculpting could be a very good candidate as it's GPU heavy but you'll have to boost up the systems RAM for that, as Mudbox eats RAM like no tomorrow the higher polycounts you go. The Foundry Mari could also be tested as it's the industry standard in VFX digital texturing due to it's ability to paint very very high resuloutions in textures across hunders of UDIMS. Another heavy GPU program, and that also it's a hybird between some CPU/GPU/OpenCL thing they got going on under the hood there now. Also The Foundry NUKE studio could be given a twirl in compositing/video editing. Though them Foundry products usually in a VFX house are used under Linux, Red Hat. (So maybe it's best to test it under them conditions?)

And also what would be good is showing the AMD drivers under the 580, compared to the pro drivers on the WX using OpenGL software. (on windows)

So whats the way to use WX 7100 to create video effects or is there one?

Well you could use something such as Maya or Softimage to create effects then use NUKE or AE to composite them into footage. I'd aid in that?

Any idea if NUKE renders with GPU or is that also using it only for previews like AE or whatever its doing, which is absolutely nothing

NUKE if I recall actually uses OpenCL to accelerate it's composite nodes and I think for pre-view playback. It might have to be double checked. I do know it's doing the same thing Mari does some hybird CPU/OpenCL to improve performance rather then going completely one way or the other.

In user preferences select GPU rendering in NUKE. Renders fully on Nvidia cards, I had two ran with no issues. More support for AMD cards were added I think last year.

Now could be a good time to test some of AMD's software. You could test a render in MAYA, then same render with AMD's MAYA plugin.

Yeah I cant find the full benchmark rundown either

I used to use Maya a lot in the past. Even though I'm mainly work in 3D Studio Max these days, it would be really useful for me to see what the Maya results and scenes used were so I can test & compare them myself with my geforce cards.

Will this card help shorten Adobe Premier Render times on a Intel Xeon build. I currently have a Xeon V4 @3.5Ghz Broadwell-e/EP with 16Gb of ram and my current GPU is a NVIDIA Quadro K620 and I'm thinking about upgrading and wondering if I will see any benefit from this. Also I use this same machine to live stream via Wirecast so it has to be functional for that also. I know Wirecast can take advantage of GPU acceleration but just want to see if something like is worth my time.

I just purchased a 1080TI Founders Edition card for my X299 Core i9 workstation build for Premiere Pro. I did this on the advice from sharbor.com who specializes in selling components & software for graphics & animation etc. Now looking at your video I'm thinking I should have purchased the WX7100. Can you do a quick Premiere comparison for us? For example, throw a short 4K clip on a timeline, add some overlays, titles, effects so that there's a lot going on and see if it plays back in real time? Then do the same with a 1080 card installed and see if there's any real difference. Then render out the project and compare the times on both. This would be a pretty definitive test for video editors like me. There are a lot of folks out there that have been waiting for X299 to build workstations for content creation and the video card aspect is often misunderstood. Thanks for your help.

You probably didn't mess up too bad. It may even be a better situation for your specific use case. Tge situation is waaaay more complicated than that. A lot of programs do both opengl and directx previews. A lot of the special effects are available in both integer and floating point versions. You have to really know your software and preview modes to know what runs best.

For accelerated 10 bit color this might be a bit better. For opengl previews or anything that adds to the opengl previews this is way better. Directx previews are fine for most tho and a gaming card does that fine

Radeon pro render is really cool though for the narrow slice of software that can really use it.