I'm getting my new mouse today (hopefully) and am meaning to finally - and this time without going back - get a new mouse pad.

I'm specifically looking for a plastic/metal mouse pad because I rest my wrist on it and tend do sweat a bit. The cloth ones I tried all got really nasty after only a short time and were either a pain in the ass to clean (Razer Goliathus, old one, has huge "pockets" in the surface fabric that collects even crumbs) or are still dirty after washing them (and using a brush would potentially cause them to fringe; SteelSeries Qck Mini).

The Razer eXactMat (almost only the smooth surface) I've been using for almost 10 years now shows signs of wear. Unfortunately they are very hard to get these days and quite expensive (just like every other hard mouse pad by Razer).

Getting to the point: looking for hard surface mouse pad (plastic or plastic/metal, want it to last long), 20-25€ (30 tops) that's available in Germany/Austria (the best and cheapest mouse pad will do me no good if the taxes and shipping are in no proportion to the product).

To get some ideas

I use a Hyper X skyn mounted to a thinkpad 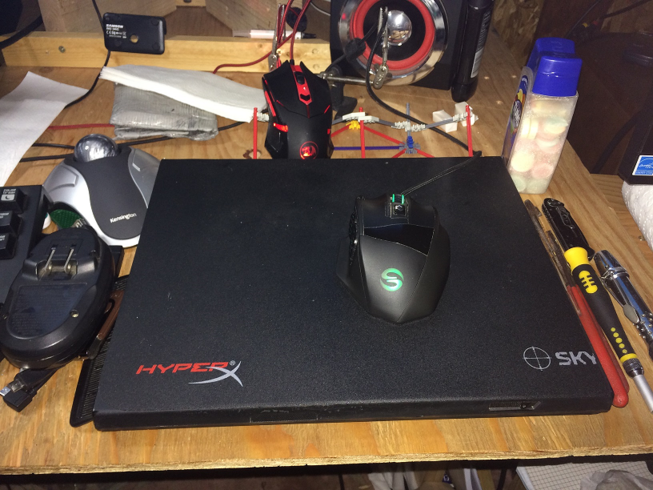 I actually watched the video on the day it was uploaded to YT. Had a bad superstition rewatching it...tried to avoid the Destructor 2 (50€ is quite a hefty price for a mouse pad :/ ).

How's the surface of the Skyn? And why the hell did you mount it to a Thinkpad? O.o

Well my desk is uneven plywood, so it wouldn't have been too stable, plus with it mounted on the thinkpad I can still move it around, but it won't move around on it's own normally, it also functions as a safe

As far as the surface goes, it's lasted me about a year, some of it's starting to wear away, but the plus side is that it only costs 10 dollars for a new one if it gets really bad

speed wise I suppose it's relatively fast, but I can play CS:GO/Dota just fine on it 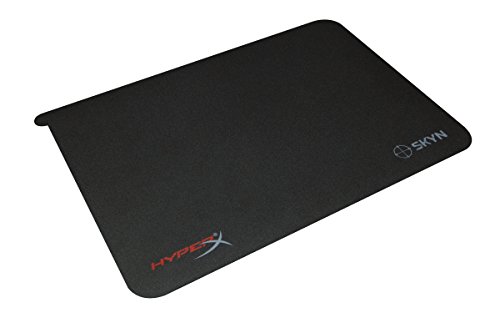 HyperX has the Skin to win with the Control Surface, giving you increased gaming accuracy. It is anti-microbial to prevent dirt and bacterial buildup, keeping your game clean. Compatible with optical, ...

I might need to reconsider the "speed" surface. Got my Razer Naga today and the sensor feels quite different from the Logitech G502. Only used it for maybe 30min now and it might be due to the different shape too (I hate the "getting used to it" phase with new mice/keyboards), but I think for now I put the new mouse pad on hold.

Thanks for the recommendation, though!

That's a year with pretty much 24/7 use though, and tons of gaming use.

I have a corsdair hard surface matt.... never had any issues its perfect, great6 tracking minimal design grippy even on my gloss desk...

Try the 3M Precision Mousing Surface, it is only $7.
.
The surface is a cardboard Post-It with a silver/white graphic and covered by a plastic film. The blue graphic shows the micro-prism/lenses that are molded into the film. The lenses make the mouse laser reflect better. But the best part is ones mouse glides on the tips of those lenses, it is much faster than cloth and...
.
IT IS ONLY $7 !!!
. 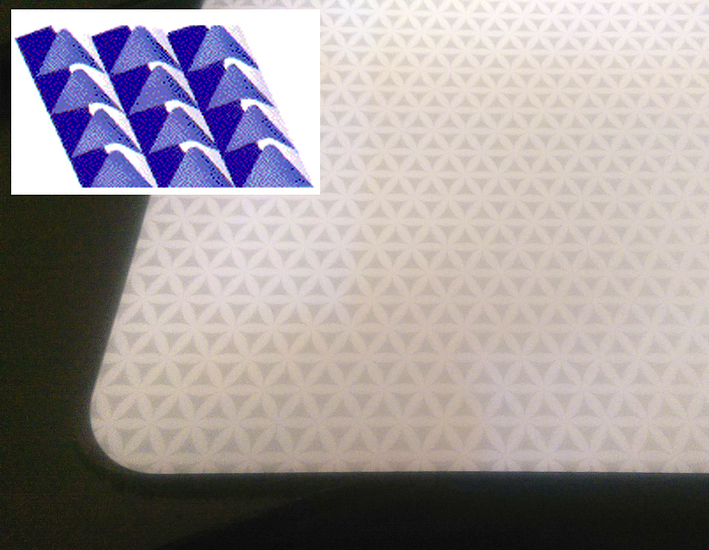 @Streetguru Same with my eXactMat. 10 years (or even more, but min. 10 years) of almost daily use (from my early starts with CS 1.6, Diablo 2, Warcraft 3 to the sometimes very lenghty sessions of Diablo 3, WoW, Skyrim), outlived 3 mice and is now in use with the 6th (MX510/518, Sharkoon Fireglider, Roccat Kone Plus, Logitech G502, Razer Naga).
I want the same longevity again, rather than buying a new one every year or so.

@Cerimania Which one? iirc there are now 3 generations of Corsair mouse pads.

@cortbyron I don't think this would work for me. Thanks for the suggestion, though!

@Cerimania Which one? iirc there are now 3 generations of Corsair mouse pads.

Gets daily aggressive use and has no wear out of it, my mouse is wearing out though no the mat!