I, @psycho_666 aka Pete will participate to the next Devember. My Devember will be to push back into my game dev efforts. I promise I will program for my Devember for at least an hour, every day of the next December. I will also write a daily public devlog and will make the produced code publicly available on the internet. No matter what, I will keep my promise. Or at least I will try.

Intro:
So here I am again with that game I have been making for a while…
I have been working on this back at the late 2000s when the game engine wasn’t optimized that much and did all the video rendering on the CPU and my Athlon X2 4800+ at the time dropped framerate like it was an Nvidia card with ray tracing on. When I hit 17FPS with 80% of the features missing I knew this won’t happen.
So I remade it in the newest version at the time of the engine and it was all fine until I lost all the game files and I had to rework it all over again.
So now I am pretty much where I was the last time around. I just remade everything in the easiest way to be able to just pile stuff on and keep track of what I have actually done.
For comparison, I now have something like 2700 FPS…

Hey guys. Some time ago, back in the first i believe challenge, I entered with a basic game idea. I went way over my head and way ahead of my capabilities. Of course, I did not finished it, since I lack the skill. This time around, I am entering the current Break a leg (i really rather don't) challenge, with another basic game idea. The difference is, I made this one before, so I am capable of finishing it. The basic premise can be found here: http://www.squidi.net/three/entry.php?id=29 Quick summary : Mechanics: You are a king in a middle age fantasy land. You have your small Kingdom and your most trusted heroes - Knights, Spies, Wizards, etc... And you send them on missions to gain riches and glory and defeat your enemies, etc. [image] [image] The website hints on some other ideas, like interconnected character communication, trading system, factions, city building elements, etc, but that is in the far future. Story: My basic idea, story wise is, that the world will have randomly generated events, and based on your reactions and your heroes execution, you will see what the history books remember your Kingdom for in that age. Scope: Here is the thing: AI is something a bit too complex for me. So for this challenge, I will only do the random path generation, character relocation, etc. Only the basic stuff I have done before, so for now, I will do only the basic stuff again. I will do a YouTube playlist with every step of the process. But for now, this is the basic premise of the "game". The engine of choice is Game Maker Studio. Being familiar with it's capabilities and having used it before, I know I can do that project using that engine. Special thanks to @anarekist, who helped me in the last moment to obtain Game Maker Studio. You, my friend, are going right in the credits section of the game. Anyways, what do you think, guys?

I, Psycho_666, will participate to the next Devember. My Devember will be speed development of my game. I promise I will program for my Devember for at least an hour, every day of the next December. I will also write a daily public devlog and will make the produced code publicly available on the internet. No matter what, I will keep my promise. So for those, that don’t know, here is the thread, about my game. I have abandoned it for a while. Now this challenge will make me go back to it, and probably do a lot of work on it. 1 hour a day will do a lot. Even if I just do research most of that hour, I would still be able to build at least the world generation system in that time… So here are a couple of small goals to complete: Implement the already existing dungeon building algorithm. Implement similar system for procedural generation of the overworld. Try to make kinda playable demo for the world… I am starting today, at the time of writing, it is 1:37AM at December 2-nd, so the first day is gone. So see you all tomorrow.

The plan:
Well…
I have a nice mobile software, that allows me to keep track of what I’m doing and what I will have to do, add new goals and re-shuffle my schedule.
So I have made a nice 20 points schedule with different goals and milestones, thjat should carry me over the month.
My goal is to just train my brain to get used to work daily on something. It’s getting really easy for me to just skip a day and never come back to it.

So starting at december 1-st I will try to post an update on the progress I have made. It’s tedious and it’s just as usual programing variable setups and checks…
I won’t be releasing videos, but there may be some screenshots here and there as proof that I haven’t been lazying around.

And woot woot R U doing for #devember2k18?

I’m no programmer bro. It’s not something that’s me. I don’t think that I would be able to get into something like that and stay motivated thru out the month.

What do you like to do? We may have to make another challenge in a few months

But for real, I don’t think I did any DIY thing in years. Playing video games has literally taken over my life.

I’m more of a physical kinda guy. Like with wood or something. Because if something doesn’t work you can look at it and almost instantly see what is wrong. You know?

We may have to make another challenge in a few months

Info-graphics look cool. I know we have an art community here. Maybe could have some sort of graphics/art challenge.

We may have to make another challenge in a few months

Maybe could have some sort of graphics/art challenge.

Or a general management challenge.

Hm… Remind me again at the end of February…

Yes! Just make it an info-graphics challenge instead of the programming challenge!

I was thinking more of a “spring art challenge” for you see, spring means multiple things and I would have punned the hell out of the thread…

Or at least I will try. 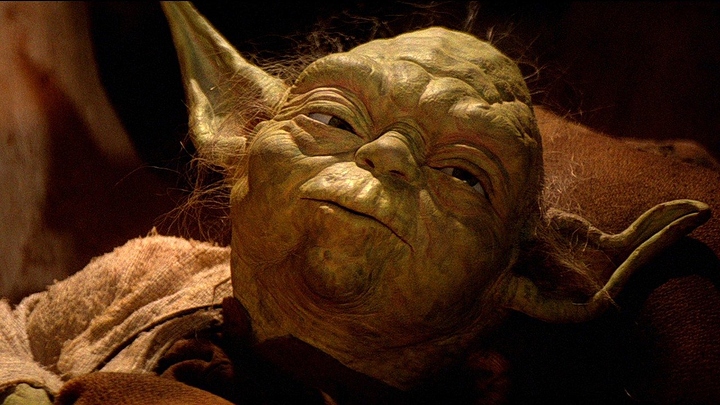 I… I don’t get the reference. I know who this green bastard is, I mean shrek is love, shrek is life, but what does that have to do with me trying?

He can even start with basic algorithms… Once the algorithms are nailed down, the commands are almost easy…

How’s the game coming along buddy?

You told me to start 1-st so I’m not touching it until then. Everyone else have started, but I’m waiting for the proper time damn it…
PS: seriously though, I am planning and changing plans, but I haven’t really touched coding yet…

Its not even the month yet, gosh get of pete’s poor back he is gonna have to do a cooking video this month already.

he is gonna have to do a cooking video