PSVita touchscreen, how good is it?

So just wondering about the PSVita and currently heard from another member that you should get the second version because it fixes many issues that the first issues has. Thinking of getting one since I am a massive Deemo fan and some songs are not on the android or IOS.

ps. Don't know what Deemo, its a music based rhythm game, just look up some youtube gameplay of it.

I have an original Vita and can't say I have too many issues with it. The device is much bulkier than the newer version and the battery life isn't as good and to be honest the only reason anyone would want to buy the original Vita is for the OLED screen. If you don't care much for a better screen the newer model is much more practical mainly due to fact that it is lighter, has a better battery and they fixed the issues with the rear touchpad being activated accidentally.

That's slang for it's okay. it's not amazing. Not many games take advantage of the touch-screen in all honesty. there's a select few. Also, No game takes advantage of the back "touchpad. the last game off the top of my memory to do so was Killzone (i believe) and Black ops (which sucked) BUT it was fun to play online to kill time.

The PSVita had so much potential. It saddens me to see Sony not care for it

My Vita broke on me. a few years back.
I wanted to get one again to play Persona 4 for the 50th time cause i'm psychotic. but i can't..
. 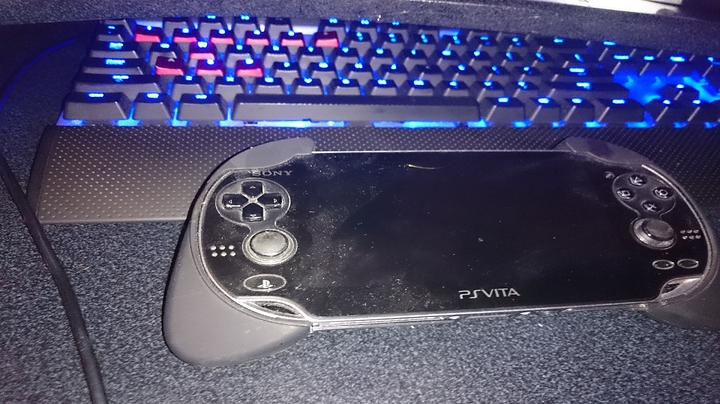