I received 3 computers from work. 1 of them had a bad lite on 300w PSU and or mobo damage. The other computer has the same hardware( psu unknown condition) but caused a 4 pin USB to catch fire causing mobo damage. I have a fully operational computer with a dell PSU 250w. I am wondering if it will be ok for a little bit until I can buy a better psu. I am converting this into a gaming pc. I just bought a 1050ti. The working pc is a dell optiplex 790 with i5 2400. I can supply pictures of psu and mobo(damage).

My question is will the 250w be ok for gaming for a few months until I can get new psu? Also is it safe trying the 300w to see if it will work? Will it cause damage to the fully funtional pc if I use that psu that caused the USB 4 pin to catch fire?

Any help would be greatly appreciated

My question is will the 250w be ok for gaming for a few months until I can get new psu? Also is it safe trying the 300w to see if it will work? Will it cause damage to the fully funtional pc if I use that psu that caused the USB 4 pin to catch fire?

Your load will be just about 250W. I'm not sure if it's possible on an OEM mobo, but undervolting will help reduce power consumption. Check the amperage on the 12V rail - if it's at least 19A, it should be fine. But just be ready for it to shut off instantly under load. Also helps if you remove any unnecessary cards and drives. On one of my old OEM machines with a 4670 and Pentium D 820, the Optical drive was the difference on whether or not I could play Fallout 3. Those were the days.

Alternatively, a quality PSU isn't a big investment. Double check if the power connections are standard and if so, buy a $35-$40 PSU from Corsair, EVGA, or other reputable brand.

Thanks for the info. Is it better to run 1 8gb dimm or 2 2gb dimms(for power consumption)? I assume 1 dimm.

Any idea about the 300w psu? Is it safe to try it? The thing i am worried about is the 2 same pc's had similar malfunctions(power related). They were exact same hardware as well. @jerm1027

Memory power consumption isn't that significant, but 1 DIMM would likely use less peak power. I wouldn't try those 300W PSUs, especially if you don't know the exact cause. Something could've been plugged in wrong, could've been a surge, none of the the fault of the PSUs and it could be fine... Or it could also be the PSU itself that was the culprit. That risk is ultimately up to you, but I wouldn't on the account of a newer PSU being pretty cheap, especially compared the rest of the build. I recently got an i5 750 + mobo + RAM for $90, which I thought was a fair deal.

ok thanks for the info. I just ordered 400w EVGA psu

it probably was the shitty psu....These 2 computers were i5 750 too! i needed ram and mobo for them to even try to get them to work prob psu.

Corsair and EVGA aren't ODM, and they have both done rebrands of some really shoddy PSUs. You should just buy a modest seasonic or superflower model instead of gambling on these guys

damn well i just put a evga psu in it. I have heard good things about corsair and evga psu's. I have a corsair in my other rig, works great.

They're fine as long as you're careful to check the reviews, of the individual model you get. if you just buy based on the name it's a lottery. you might get a Superflower, or you might get a Shenzen special that takes the rest of the system when it fails a month in.

thanks for the help! i am returning that and getting the 430w lol for $5 more

I live to give.

actually im trying to see if i can get a seasonic or superflow.....but need 350w minimum and would like to spend around $30 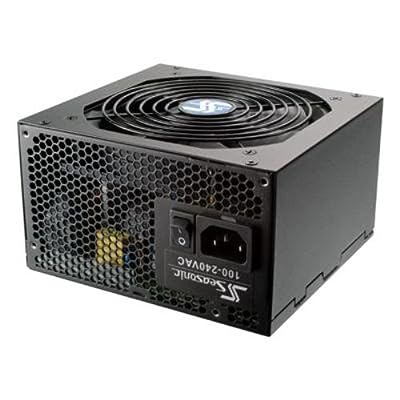 they both have good reviews for being budget PSUs, so yeah. when in doubt, check johnnyguru, or hardOCP

ok thanks for the info and help. Jonnyguru doesnt seem to review this one

Hardware secrets has a review on that:

Let’s take a look at the 430 W model of Seasonic’s most entry-level power supply series, the S12II Bronze.

I have the same one, had it for a few months now

I have the 520w version in service, and it runs clean as H*ck according to my scope