Here it is, Obelisk finished and looking fabulous! 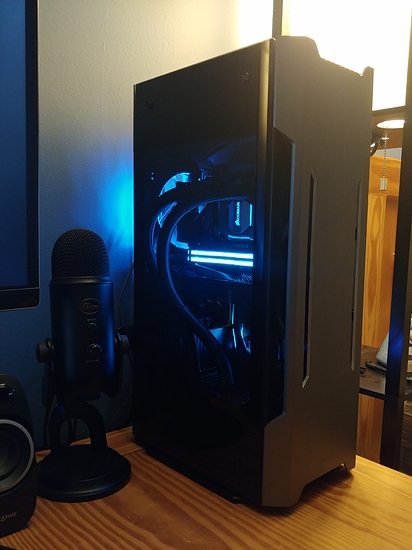 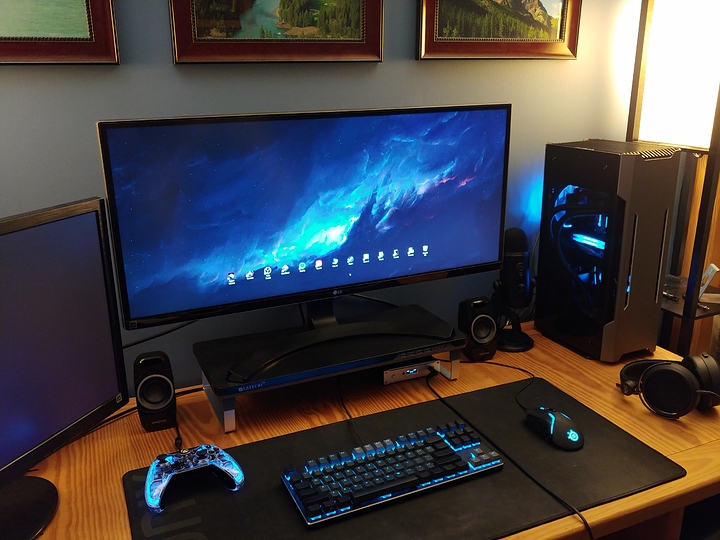 20191026_003520_HDR.jpg4656×3492 4.91 MB
When Zen 2 was released and I saw how well it performed; I had this urge to build a compact PC that was strong enough to game/stream 1440p games and render videos at blazing fast speeds.
I was using my 6 year old Haswell i5 4670 and GTX 970 (until it blew up and I got a 1070) so it felt right to upgrade now, my old specs barely gave me a steady 60fps on my ultra wide 1440p monitor in most games as my CPU kept running at 100% utilization (which was holding back my 1070).
I enjoyed modding my first case and I thought it would be fun to do another project that other people can see and learn from through my mistakes/discoveries.

After some sales popped up I started buying parts, here’s what I got:

The subject at hand was the Phanteks Shift, small and closed off case with minimal airflow. Many people have had thermal issues and I wanted to see if I could fix it!
I loved the look and size of it, but I wanted to get better airflow considering my 1070 would take up a massive amount of space inside.
So anyway I started blastin’ ideas in my sketchbook and came to a final design: to make two vents on the front panel and a fan mount in the rear.
First thing I had to do was make space for that fan which meant I had to remove the SSD/HDD mounting plate, Im happy to report that almost everything can be removed to avoid metal particles (top door latch and cable management flap couldn’t be removed)

Then I took my designs to a local waterjet cutting place and charged me $40 for both outer panels! Its good to help out the local shops when you can

The rear Panel was tricky as I had to remove two metal screw posts and dremel some plastic out of the black trim to get the fan to fit and sit flush. Sadly my dremel nicked some of the metal exterior paint but luckily the fan covers my little mistakes.
After that the hardest part was done and I could start building!

Cable management was a pain in the gluteous maximus as I failed to realize I cut out the cable management hole when adding the fan, but at least the power supply cables were easy to manage thanks to the flat cable design.
The only way to cable manage things to the motherboard IO without having them dangling out the rear in an ugly way is to route them around the fan (1cm of space to work with) and do sharp 90 degree turns, somehow… I did the impossible…
My god what a squeeze especially with those video cables, you have to go around the power cable and the USB hub in the back as well as the top above the fan all at once to get it to fit, if you attempt this… good luck

Next came thermals, I put a Poll to see what people thought would be optimal for the stock case as I didn’t want to leak my mod early. I was curious about which fan type and pressure to use and if it really does help a small form factor case like this. 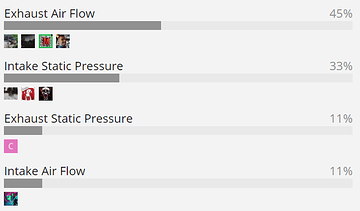 e011e464919dd01e44b62c6ea12dfc26.png733×430 32.7 KB
For 3 days I tested Unigen Heaven in similar ambient temperatures (79F-80F… its cold here lol) and GPU/CPU/Heaven settings and fan curves to get the best results. Surprisingly many of my tests ran pretty similar with minimal differences… until the next day results changed with the same settings for some reason… I cant explain it but whatever, on with the test!

In short the best thing for this compact case (and many others most likely) is a negative pressure airflow with SP Fans being the best choice to use when in close proximity to hardware that creates a lot of heat.
AF fans couldn’t take the heat away as efficiently in my tests as they seemed to get too choked when too close to something blocking their air supply (probably a given to many but an interesting test in this scenario).
To the one person voting Exhaust static pressure; you were right, but SP fans blowing air inwards isn’t bad as long as you got fans that can easily suck the hot air out (unlike this case for some reason). Also amazingly the stock fan included with the case is really good, for once a stock fan isn’t poor quality!

I gotta say these results had me concerned when I saw the first few runs hitting 80c with the fans being super loud, I felt like Suzuha in Steins;gate when she left the letter saying “I failed, I failed, I failed!”. I even considered making some acrylic side panels with vents in them to air out those hot pockets of air!
After some tweaking with fan curves I’m now reaching temps similar or slightly higher than my old Phantom 410 had while under load, I’m impressed with the case mod I did, even more impressed with the 3700x’s performance and temperature (glad I got that and the X570 on sale!).

Was the modding worth it? I had fun
Would I recommend it… hehe Hell no unless you like modding and the joy(pain) that comes with it

The truth is; it’s definitely better to go with a decently sized case with better thermals.
Very few itx cases perform great while showing off the hardware, and even fewer at a decent price. I hope we see more unique itx cases with great looks and airflow in the future!

Hope you all enjoyed this lil adventure of mine!

If you want to see the troubles I faced along the way, here’s a rant.

That’s a beautiful build mate! Those sketches and the end result are very nice.

I’m glad I didn’t dremel the exterior plates, would have looked horrendous