Building a workstation is always a fun experience, so much so people sometimes spend days searching for the right hardware and hours or even days putting them together... I recently built a new workstation for the nerdcave and I gotta say I'm pretty happy with the final product:

I started with tying the mobo to the case with steel wire, but the wire just slit through the cardboard so I gave up the thought of attaching it in any way.
Next I carefully cut holes for the outputs and cooling, did pretty well on the aesthetics and optimizing airflow.
Connected the components together, placed the hard drive upside-down so that the bits fall on the reader giving better performance.
Took the largest button I could find for the power switch - a large button improves startup and shutdown speeds.
Finally I taped it shut for security.

Laying the hard drive on top of the motherboard in a paper case. Spectacular!

More air = better cooling -> wouldn't want the air to leak out now would I?

It is fun to coble together something like this and just throw it in a box. You may think you're out smarting the system by saving a few bucks on your case... but really it's pretty foolish.

You've invested a fare chunk of cash in the hardware and not putting it in the case is actually pretty risky. You're at increased risk of:

So yea... having a real case is wise to protect your investment.

I'm down with that huge button though. Stick it on the front of a real case and name it HAL.

You know what really grinds my gears? 3 DIMMS in a dual-channel mobo. It would be less offensive if it was balanced to 2-4-2 so you'd have 4GB on each channel, but 2-2-2? GTFO.

@eidolonFIRE The box doesn't levitate in the air, therefore it is grounded. Your argument is invalid.
@acceptableinthe80s ~60C when running stress
@Ryan_JL Oh I'm keeping this button for sure!
@Aezen Why go with single or dual channel when you can have both? Extra features if you ask me!

Why go with single or dual channel when you can have both? Extra features if you ask me! 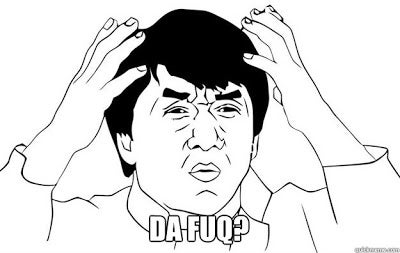 this whole thread is one giant troll.

What in gods name...

this whole thread is one giant troll.

We can only hope.

It's not trolling, it's just sarcasm.