Prgramming with DirectX12 in a Linux box

I have installed windows 10 a few weeks ago to start toying with DirectX12. Wendell mentioned that there was a plugin to enable hardware acceleration on virtualbox but that only worked with directx9. I'm pretty sure that it is impossible to run directx12 on a vm, but i really want to move away from windows 10. Does anybody have a windows 10 vm and its able to run the DirectX12 samples?

If I understood this correctly then it's probably hardware pass-through in KVM you're looking for.
There have been a few threads about it, for example:
What if I want everything?
GPU Passthrough with KVM: Have Your Cake and Eat it Too

Also, I think Wendell may have a video on that soon™.

Awesome, that was what I was looking for. I'll still have to try to see if it works with DirectX12 though.

It will. It will be like running Windows natively.

Can confirm, Ubuntu with a windows 10 vm running directx12. 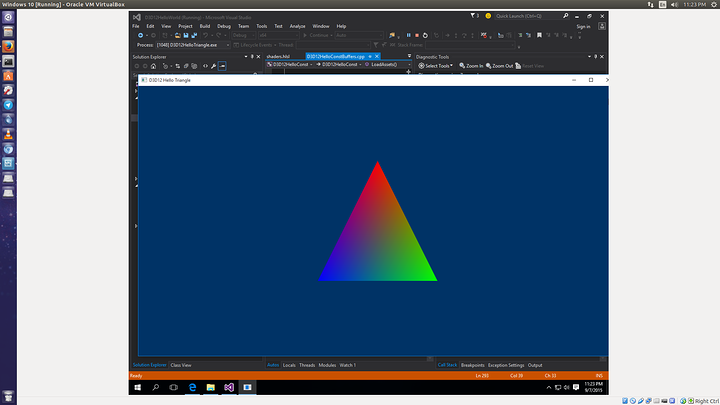 this screenshot is a thing of beauty.