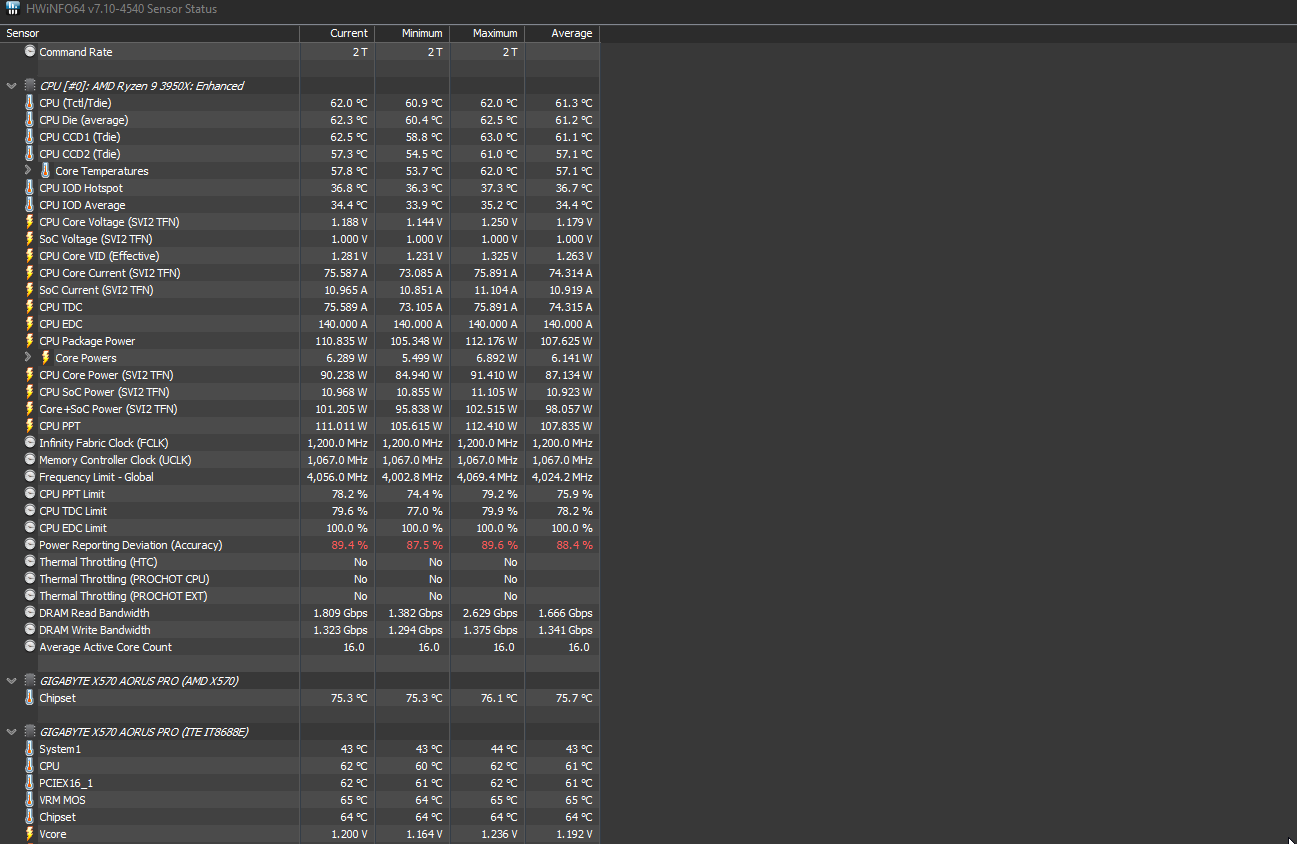 It just means your motherboard is providing more power to the CPU than its reporting, probably because of Precision Boost Overdrive.

Just like Zavar said, it could just be PBO doing it’s thing. I don’t think you should be worried about it because it’s just reporting around 10% lower power, which is nothing too worrying.
It would be if Aorus (Gigabyte) set up different power limit in the BIOS and let the CPU rip reporting that it’s using just 50% of the power delivered to it.
That metric is more a measure useful to catch motherboard manufacturer cheating in case you’re seeing weird behaviours at stock speeds like very high temperatures and power consumption.