Potential upgrades from the C2750?

So, I'm looking into doing a NAS/home server build in the next month or two, and was looking into using the ASRock c2750 board for this. However, this board is (in computer-terms) quite old already, so I was wondering if anyone here knows if there will be any newer versions with the same features in the near future (a month or 2?), or if there are same-price alternatives (perhaps separate motherboard and CPU) that have been released recently. Just so I don't spend my money on this board to then find out a better replacement has come out the next week at the same price.

I seen that the xeon d-1540 is the new version of this processor. But unfortunately there are not a lot of of boards that use this processor and i don't know of one that has as many sata ports.

Here are some good benchmarks for the processor. Would like it if more people made boards for it though. 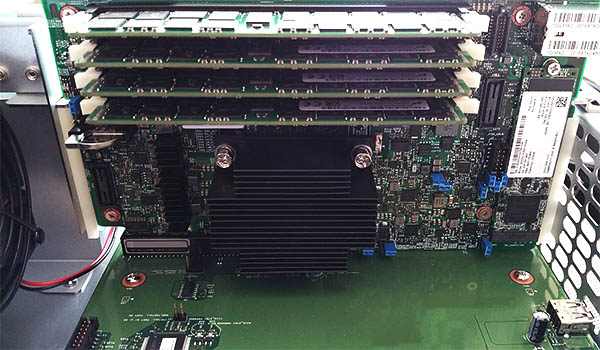 We have Intel Xeon D-1540 benchmarks and compare our pre-production test systems to Xeon E3, E5 and Atom platforms

Hopefully asrock makes one with lots of sata and Ethernet.

Thanks. Will check it out.
A 10gb ethernet option would be great too.
Let us hope.

10 gig Ethernet is fine but when you add the switch and 10g on the other side its hard to justify the cost. You would definitely want to be doing high availability visualization to justify it. you would rarely notice its advantage over gigabit.

I realise 10gbe is not for now, but nice to know its there since I might upgrade sooner than I first planned on. My end goal is to do everything of storage on the server - but I'll see.

Anyways, that Xeon-D platform seems perfect for what I have in mind. Thanks