Post and discuss your favorite or unusual cooking staples and condiments! All preferences and cuisines welcome. I'll Start: 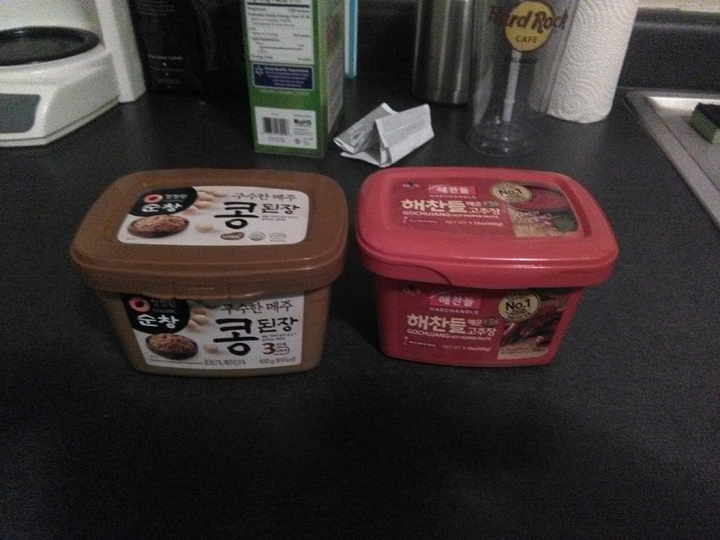 What is that?
I am talking about both the topic and the picture...
My english is not good enough and i don't understand the thread...

They're used as toppings and ingredients in korean cuisine 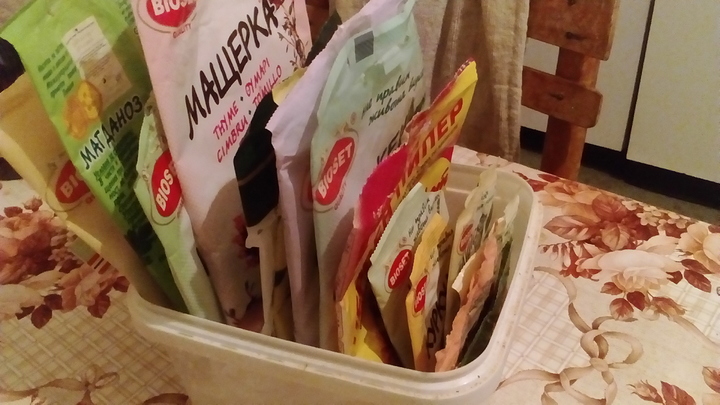 It is good tho.

bruh even that meme disagrees:

I have a deep seated suspicion of people who cook without enough capsaicin or piperadine...

Granny is holding the good stuff!!

The issue with that is, i don't eat spicy hot food. I mean i just can't. My tongue doesn't react well to it... So i avoid it.
I forgot to mention i have a bottle of soy sauce next to the box of spices. Still haven't figured out what is the proper use and where i should not use soy sauce. It seems to work with everything.
I try to avoid those pre-made spices and sauces and stuff. I like to marinate and do those kind of stuff myself.

Here are some of my other regular ingredients: 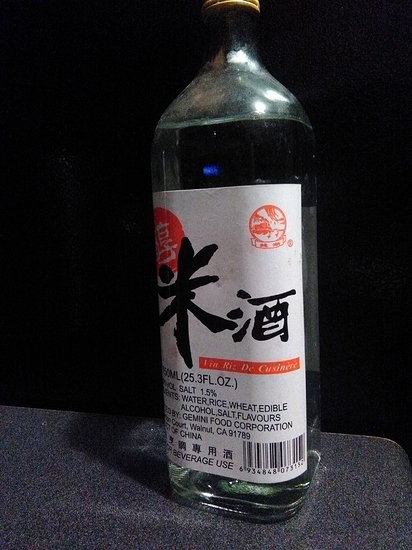 The only vegetable-based fats you should ever let into your kitchen: 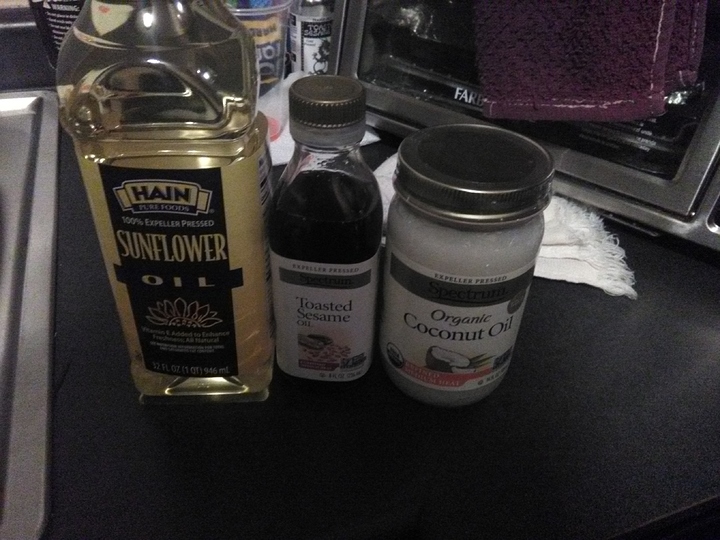 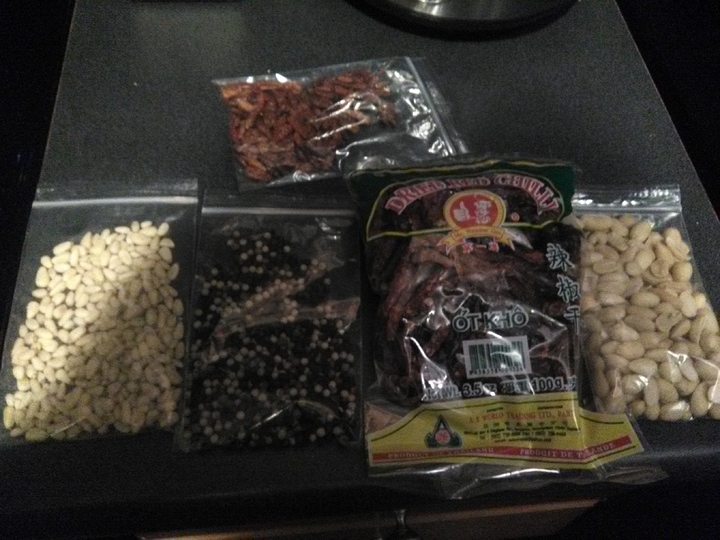 My most commonly used starches: 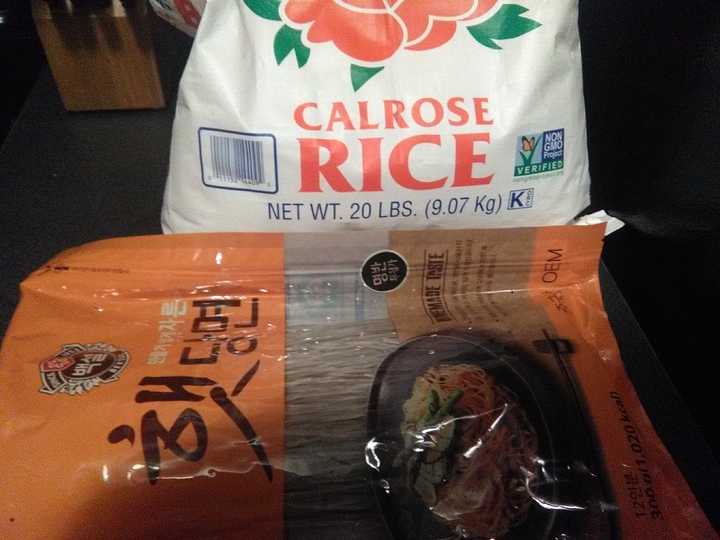 Looks like you eat only one type of food.

Well, the cooking wine is quite an often used ingredient in Asian cuisine. It's like the noodles. They are used to prepare like 17 billion different dishes.

Well, If you're cooking on a budget, it's easier and cheaper to gear up for one type than try to vary your diet along cuisine lines vs. different content within a cuisine.

I'll occasionally hit zero on ingredients in line with my next shopping day, and buy the requisite stuff for something different, otherwise I stick to what I know/grew up with.

Rather than continuing to be a smartass, my cooking paperclips:

Everybody needs to try Herbes Salées at some point in their lives. Canadian culinary magic.

I tend to cook hunter dishes outside of my regular Korean fare. Maltese Stew, Deer soups, Rabbit and the like.

Herbes Salées has been added to the experiments to do list though, looks good.

Oh, and I forgot: 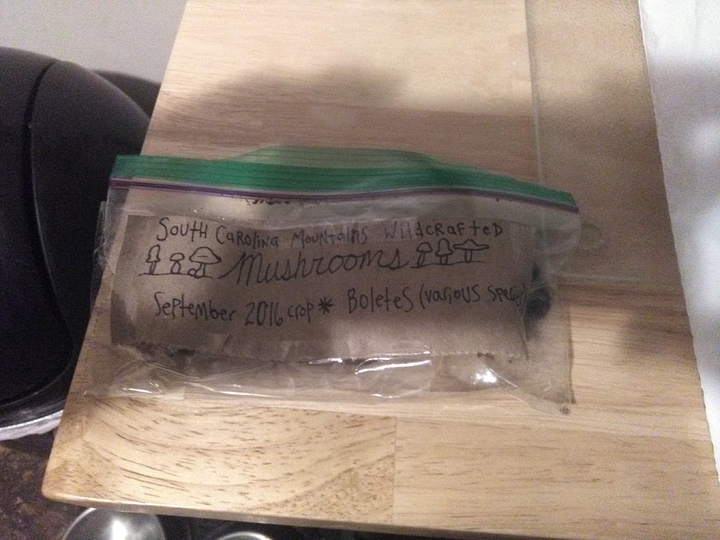 Wild picked Bolete Mushrooms from my sister, from back home

The flavor of wild caught mountain fungi is so much better than the stuff you get at the store or even the farmers market. if you ever get a chance to pick some up, take it.

(No, i'm not afraid of dying/tripping, she's a mycologist)