Impressive. I’m eyeing that or the 9600KF. But i’m still waiting for Ryzen 3000 to come out though. I’m not sure if they are able to beat those in plain performance though. 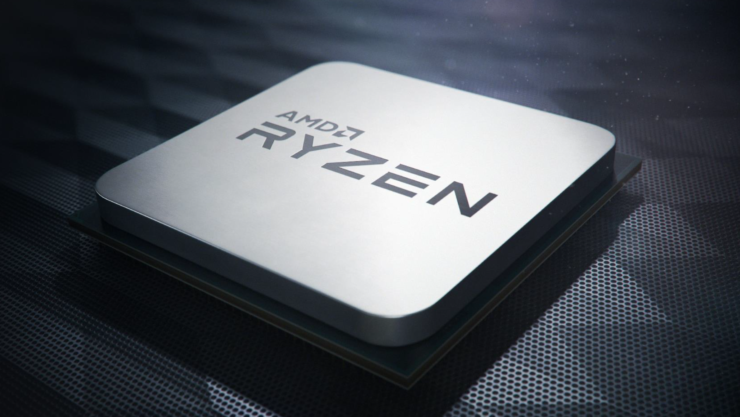 The first review of the AMD Ryzen 5 3600 CPU has been published online & shows the entry level 7nm Zen 2 chip on par with Intel's flagship.

Interesting Read. Not sure how credible the source is. If this is true, it comes down to Motherboard prices and what Intel does with their 9th Gen prices. Seems like a tie between the Ryzen and the i5 depending on workload. If USD to EUR conversion is what it is today, they seem to be close in price.
If this is true, the HT might be the deciding factor here. 6 vs 12 threads…

I don’t think the Ryzen scheduler fixed has really shown any worthy gain in benchmarks as of yet. Also some confusion around whether win 1903 and the new and driver actually have it implemented it yet. Anyways would like @wendell to release a video on this if it is worthy.
Basically if the scheduler brings all ryzen CPUs up 10% or more could make a difference also.

Reminds me of a very old post of mine

Think i got the record for Dual Socket X5675`s, still in third place for overall 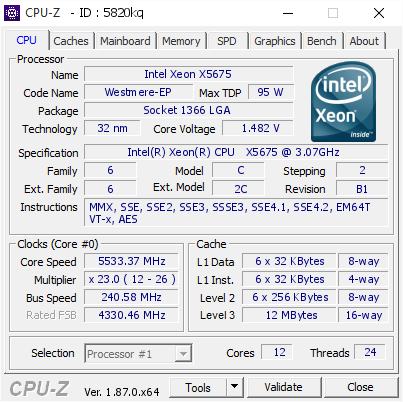 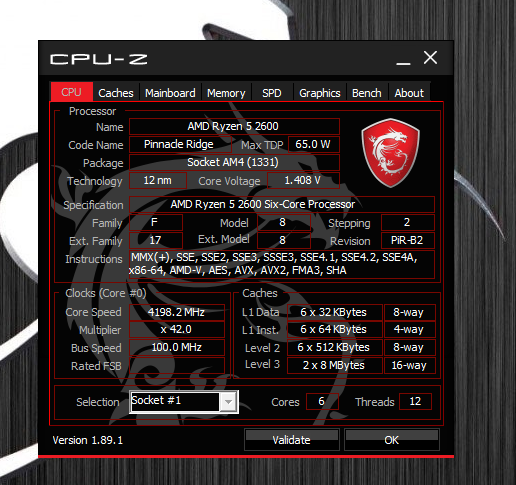 i7 8700K overclocked to 5.3GHz with only 1.380v reaching 93°c on a z370 Aorus Gaming 7 both open-box returns. The z370 Aorus Gaming 7 even had bent pins and was repaired. The VRM only reached 80°c in a prime95 small fft’s run. I also ran Cinebench R20 in a loop for 1hr. All this was done on AIR with a 11year old ZALMAN CNPS 9900MAX cooler. Supposedly a 300watt capable cooler going by the ZALMAN webpage.
I guess I hit the CPU and VRM lottery. I went to a Micro Center and found an open-box 8700K and a z370 Aorus Gaming 7 both for $450. $280+tax for the 8700K and $145+tax for the Aorus Gaming 7. Couldn’t pass that deal up. Just built another Monster Rig with all open-box parts. Consisting of a $400 9900K and a $215 z390 Gigabyte Designare. The z390 Gigabyte Designare was overlooked because of the Aorus Master and Extreme. Though i can say this board is just as good at overclocking as the Master and Ultra boards. It even has the same 5 low voltage dropout regulators as all the other high-end enthusiast motherboards. The low voltage dropout regulators are found right below the CPU’s socket or around the bottom and phases. They look like BIOS chips. Not many, if any at all, ever notice these chips, let alone talk about’em. There aimed at LN2 overclockers and give up to 5 extra voltage options for cold boot bugs ect… I myself am just a air Overclocker. Though, i want to get into some 360mm AIO’s. Any suggestions on a 360mm AIO for an 1151 socket. 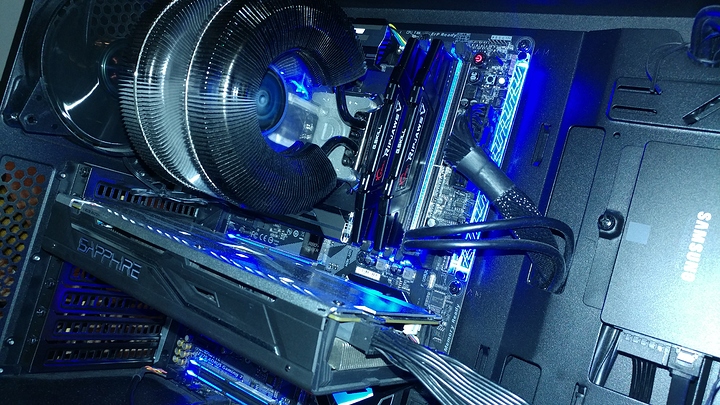 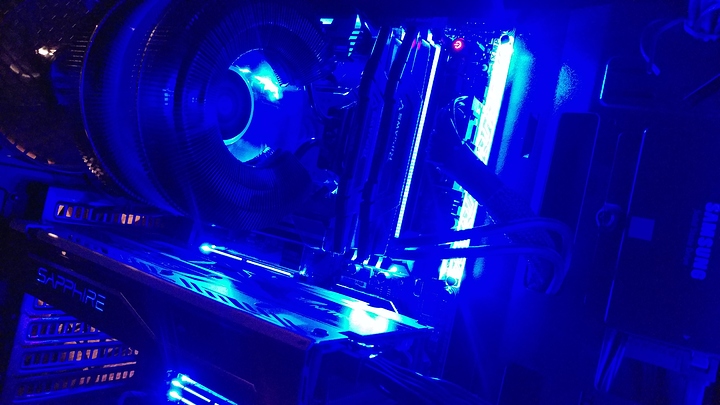 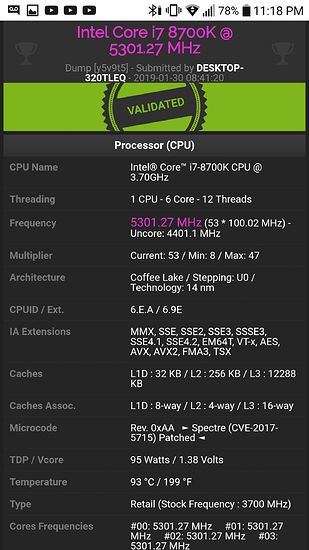 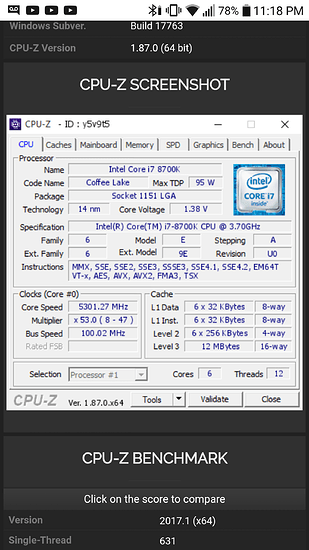 Dug up my old 5960X to try and OC it some, was dissapointed at the early stoppage with this chip, had to REALLY hammer it with voltage to even achieve this 4.8ghz 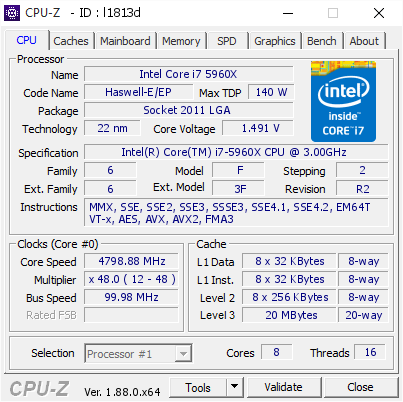 had to REALLY hammer it with voltage to even achieve this 4.8ghz

That is quite a bit of voltage indeed. Am I right in assuming that’s not on air?

Not P95 stable, but stable enough to run some benchmarks and validate, and that counts as stable in the “points for overclocking” world

i have nothing against P95 for heat testing, but for stability testing, its pretty much pointless

when i was using my q9550 as work station i did 32 hours of prime 95 and then 32 hours of OCCT. it found an error in OCCT once after 11 hours and again second time after making bios tweaks after 20 to 24 hours. once found a meme test error after 32 hours. 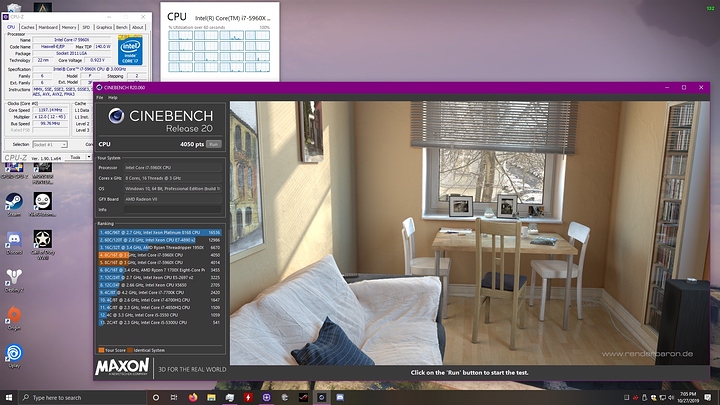 And voltage under load: 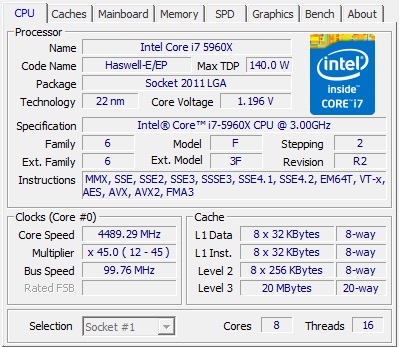 Need to actually do a full 24+ hour stress test, so far I’ve done an hour or so of RealBench and then a bunch of gaming and general use with no crashes. Seems to crash Prime95 instantly though which is funky, need to test again and see if I can sort that out, or if it just doesn’t have the voltage for full AVX2, IIRC Prim95 is using that.

Some fun was had 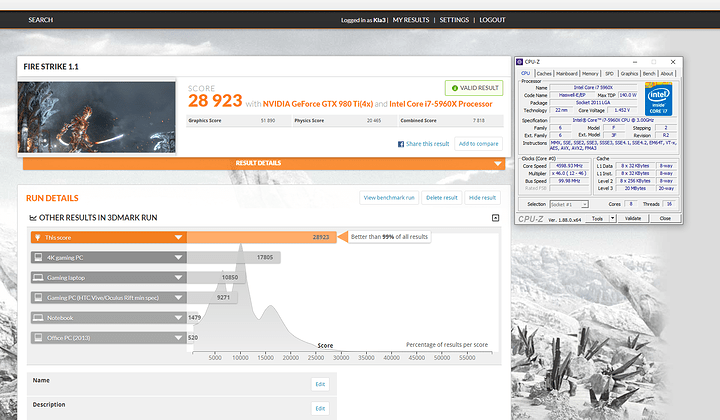