You guys don’t know what true computing power is 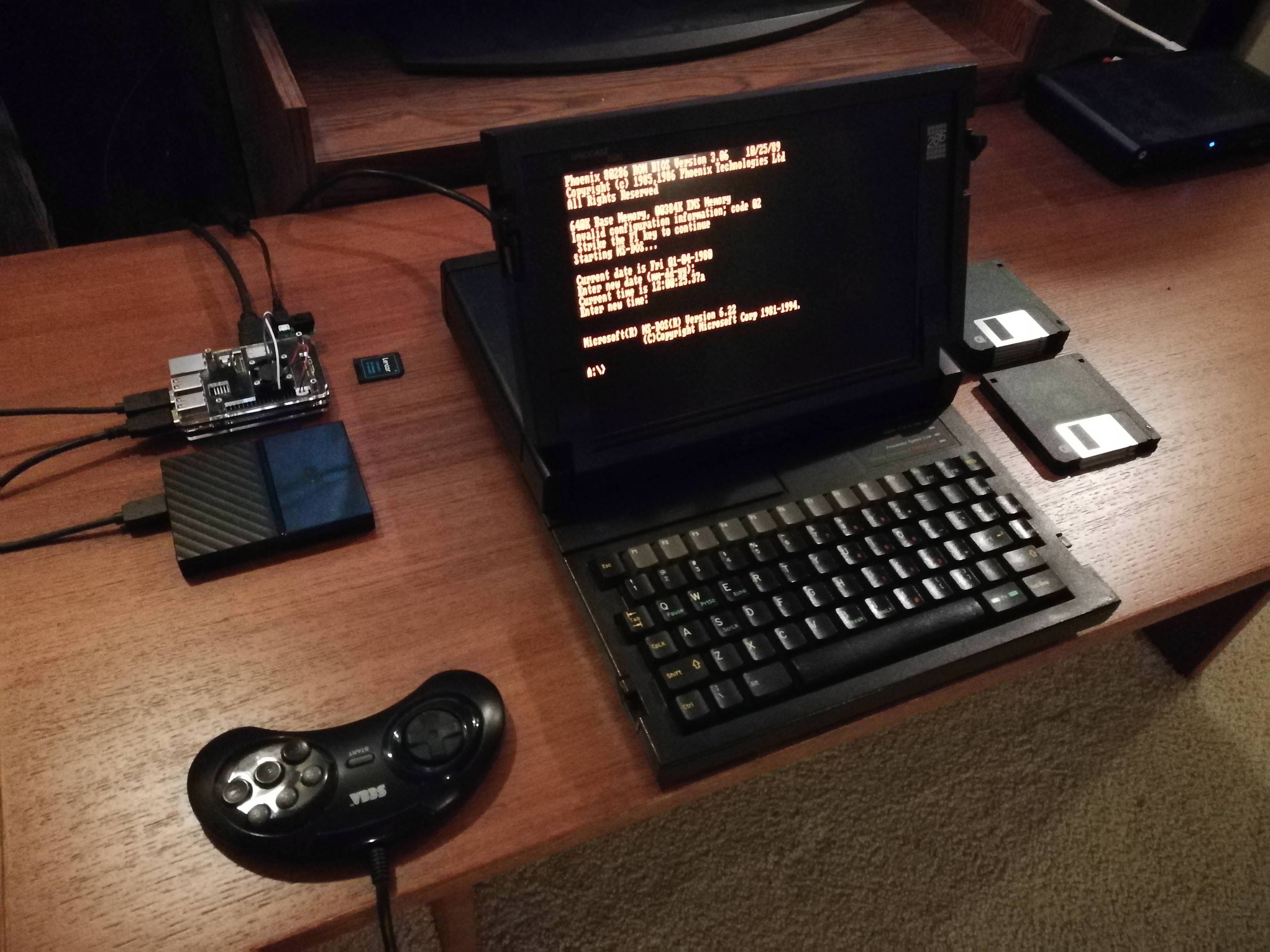 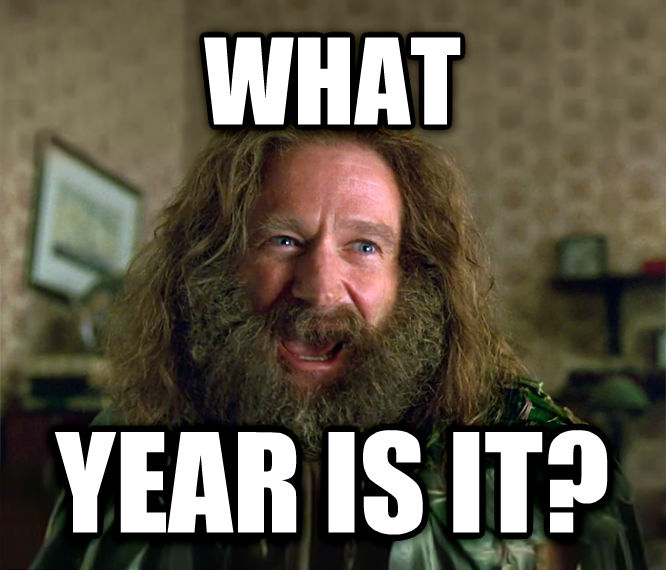 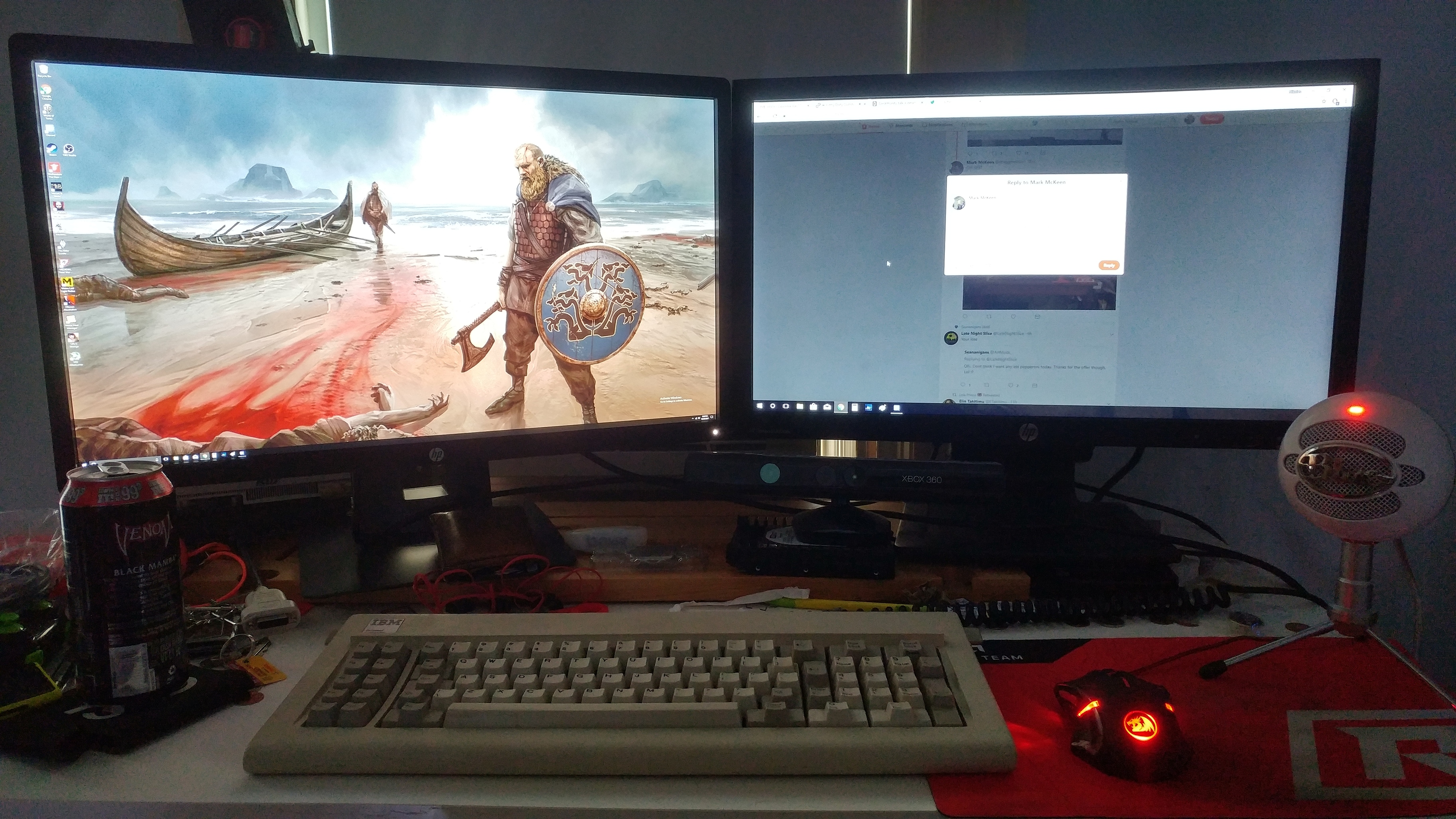 Keyboard is Model F XT from 1983. Because reasons. Though currently using a slightly newer Hi-tek NMB keyboard from 1990 or so, that has space invader switches but still.

and yes that is a 6990 hiding in the background lol

Your external HDD looks like the newest thing there (I would know, I have a 4 TB one with a red HDD enclosure, I should just stick to using that instead of flash drives for storage, lately they been corrupting some files).

But have you found Neo yet?

see here for the adventure. 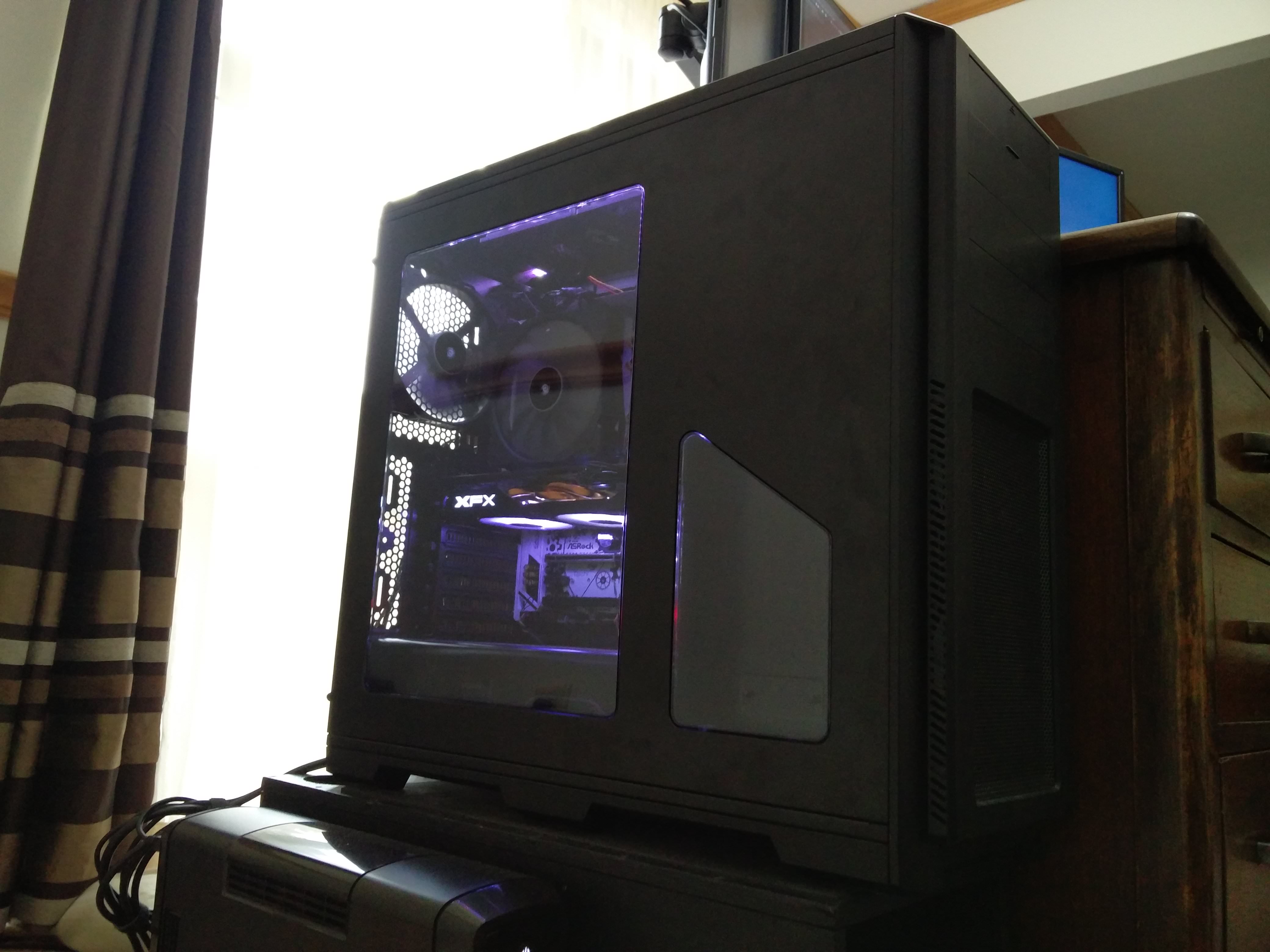 since that thread, I replaced the cpu cooler and exhaust fans with ML140’s. they’re running at 25% most of the time and the system is completely silent from ~ 3 feet.
also added pointless-waste-of-time-and-money lights. 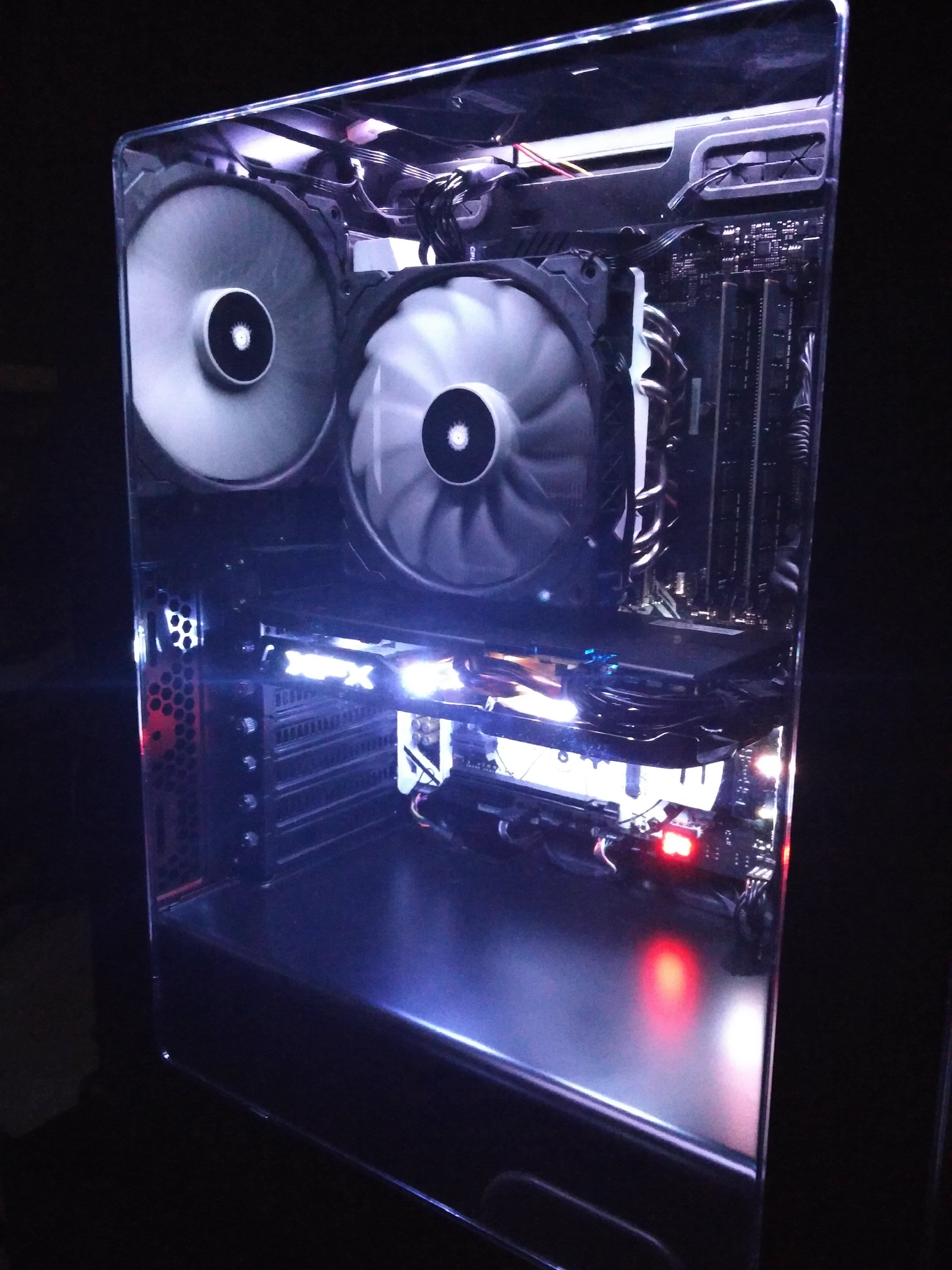 actual desktop. taken a while ago — monitors are about 2" higher, but nothing’s really changed here. 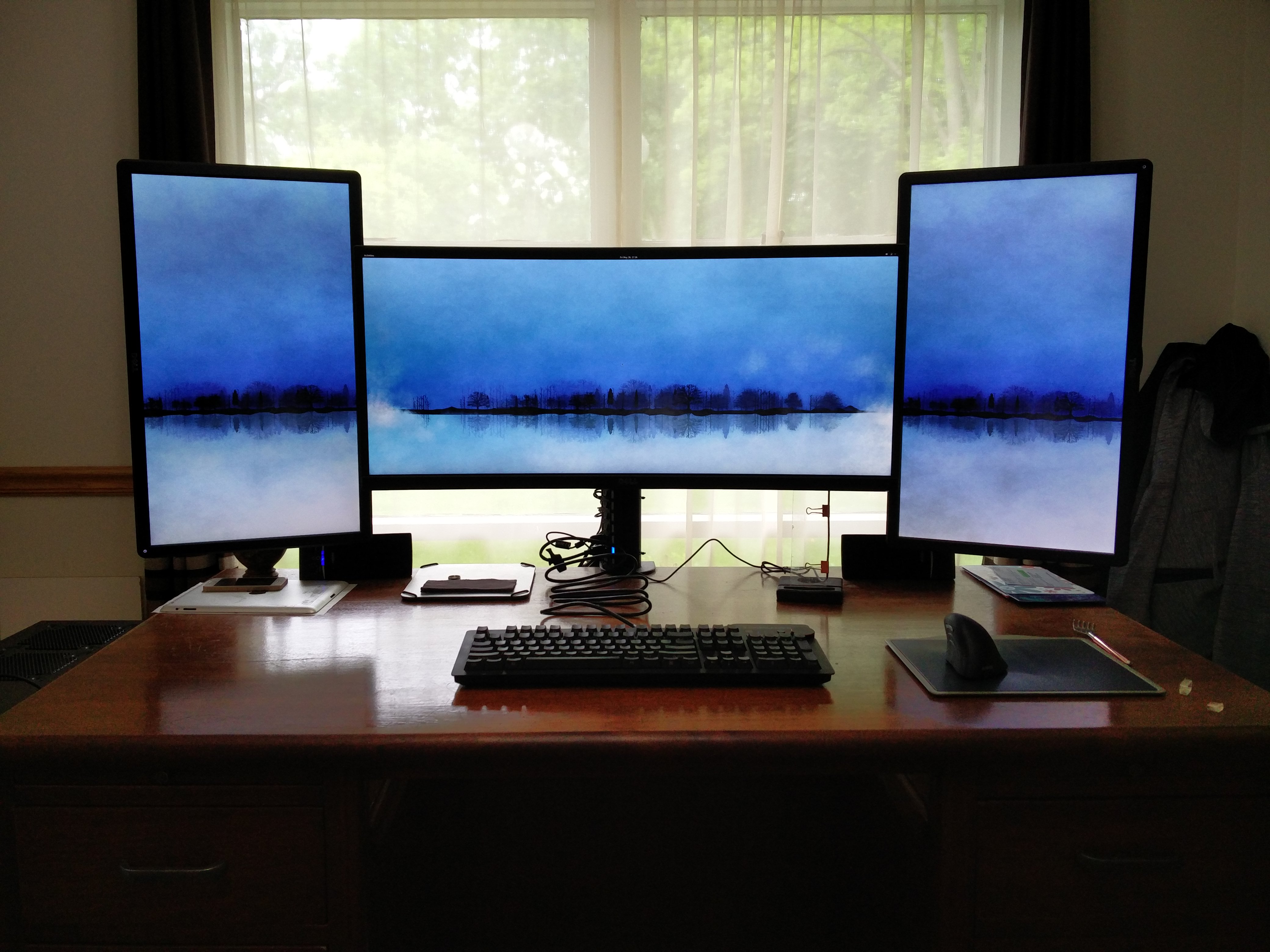 I dig the bookshelf.

So I see you’re running Gnome. You know, I’m actually on KDE myself… I know this desktop environment is supposed to be better, but you know what they say: Old habits, they die hard.

I just finished season 2. I also went from gnome to KDE and actually like KDE, though my coworker feels KDE will fade out

I just watched the first episode of Season 3 last night and I’m cautiously optimistic about the season. I’m not sure where they’re going with it, as usual, but it’s going to be interesting, that’s for sure.

My issue with KDE is it’s a completely different animal and I don’t really have the time to play with it. (all its settings, oh my!) The good thing is it’s a really solid option. I just wanna take the time to learn it at some point. Might do that over my winter break.

You’ll give more information on this right?

I can’t put my finger on why, but I’m liking this setup.

Thanks! I add to it when I find gems. Just got The Hacker Playbook 2, Practical Packet Analysis, and Black Hat Python. Little sad that that last one used Python 2, but it ain’t half bad.

Should be able to find Python 3+ equivs, assuming any translation is needed at all.

I love me some solid, real comp. books. Sadly, I literally have a mountain ( I joke not) of un-read, wasting-away books. Shame on me!!!

I say more bookshelves for everyone!!!

Got around to mounting my third monitor above my main. Making room for an all-in-one. I want a self contained system to run windows on since I use linux on my main machine but still rely on some windows programs. 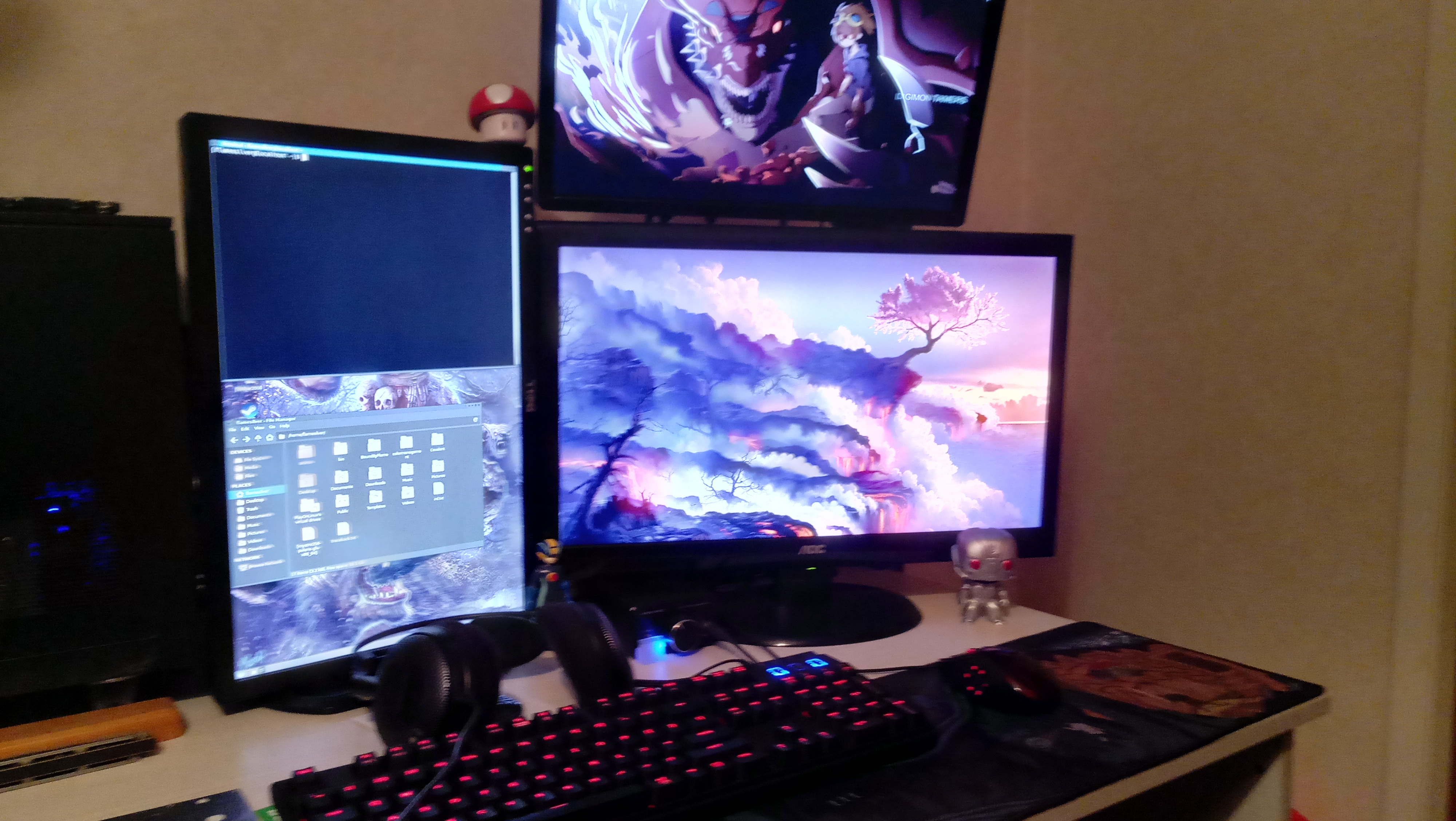 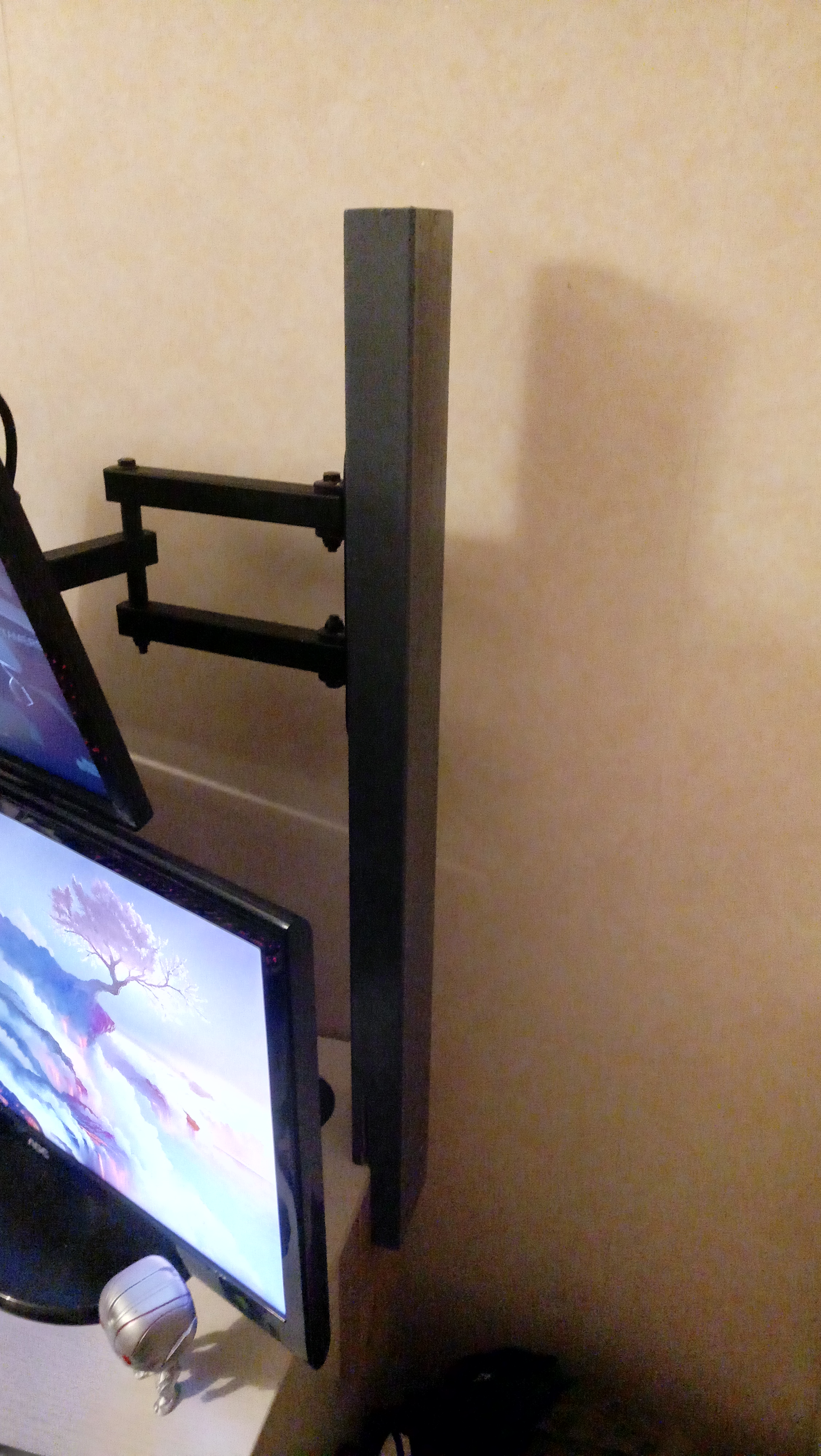 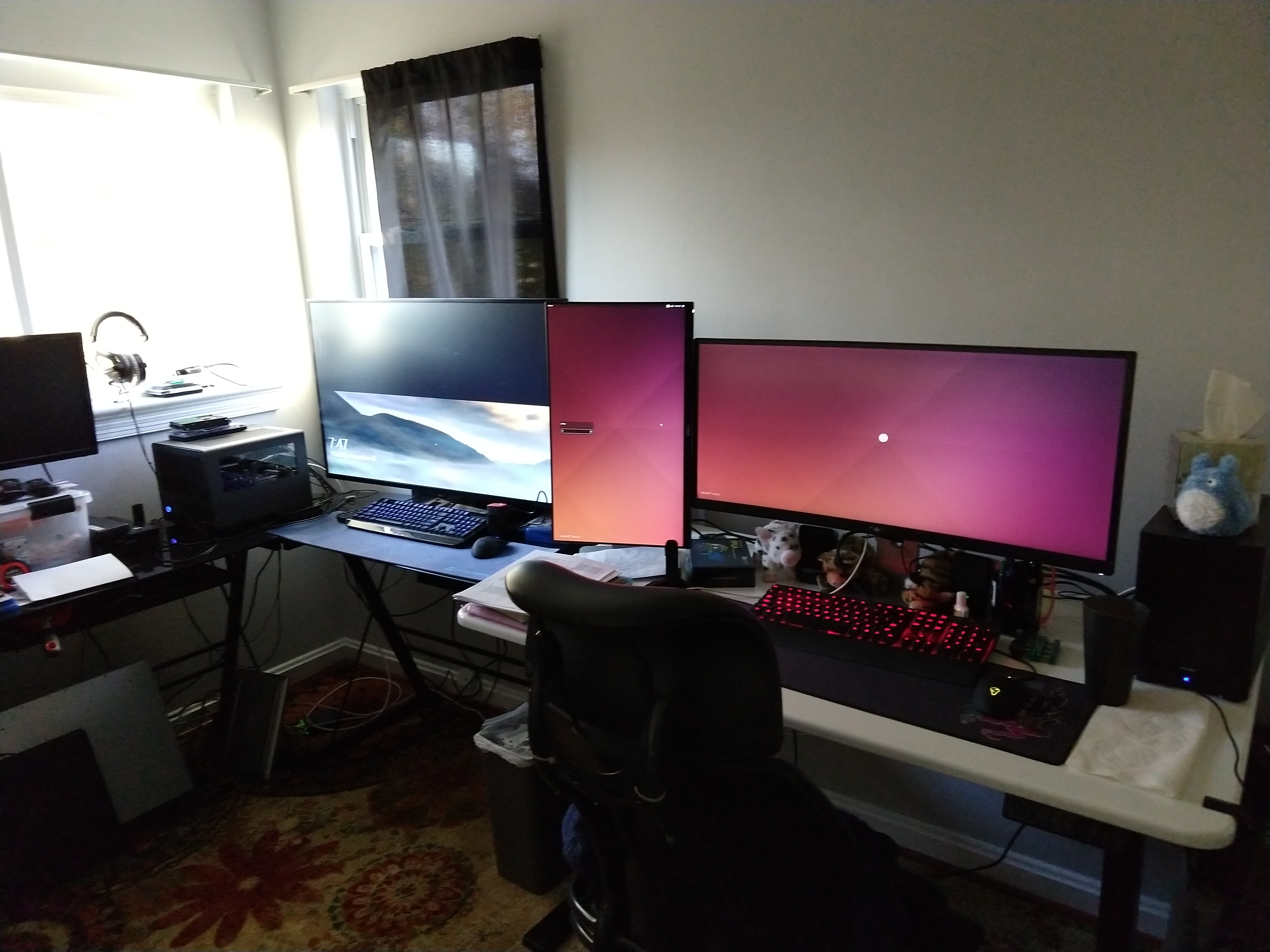 i can do it for you

i can do it for you

I found a guy. Thanks though! If it doesn’t work out, I’ll let you know.

i’ll be around here.

Here’s what I got, won the widescreen from Hardware Canucks and I just modded my case recently! 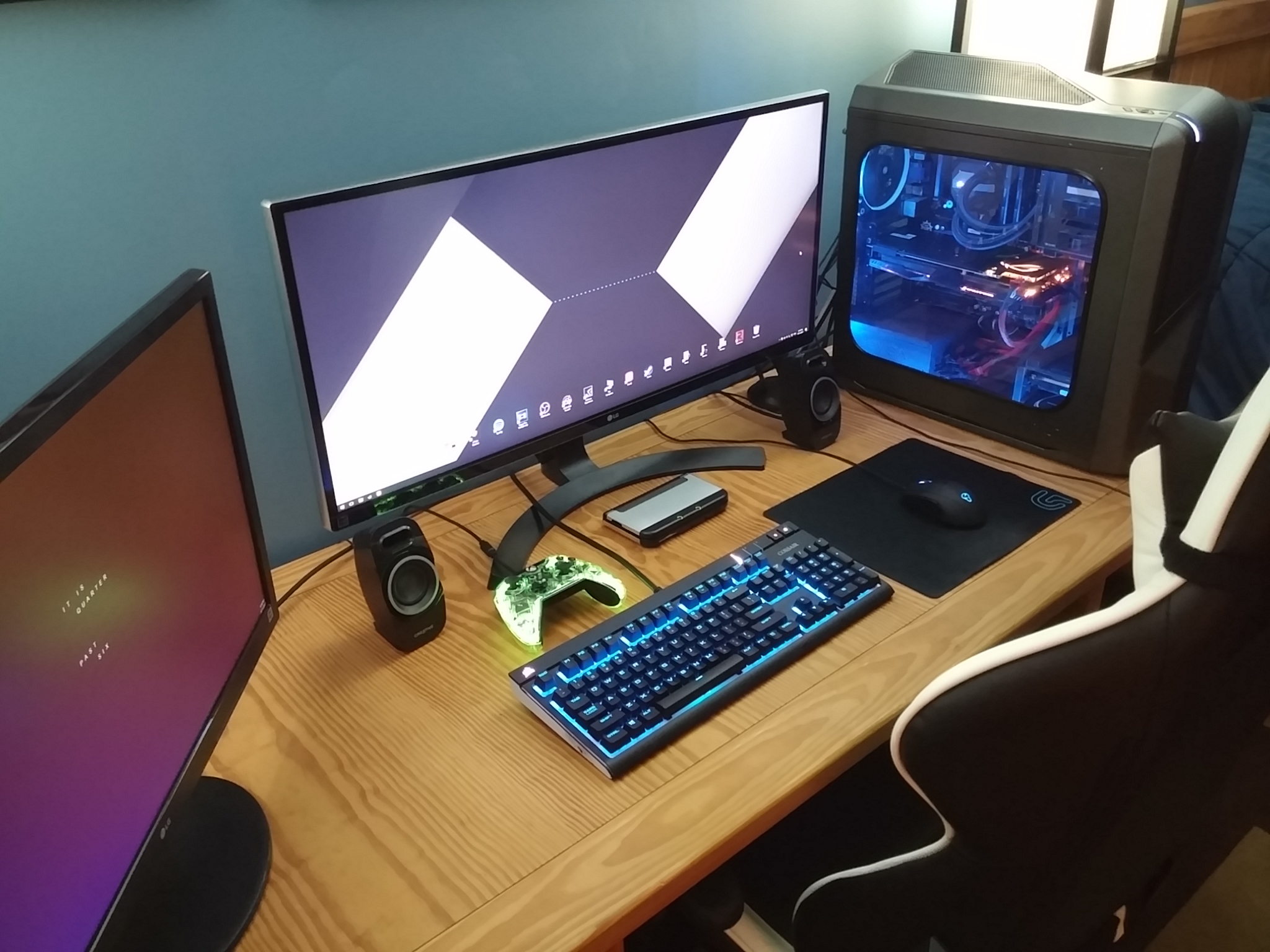