Cool if people can include the modelling software (and renderer, if relevant) they used.

Feel free to ask people for advise in this thread.

Learn Blender with the community and endlessly compare your results to others!

Learn Blender with us! Blog

I’m ｂａｍｂｏｏｚｌｅｄ that no one else has taken the time to make a thread about 3D printing. So here it is. My printers: #BASIC TERMINOLOGY Additive Manufacturing= A process by which digital 3D design data is used to build up a component in layers by depositing material. FDM= Fused Deposition Modeling, the most prevalent type in the consumer market, lays down molten plastic in a 2D pattern again and again and again and again and again and agaaaaaaaaaaaaain, until you get your desired 3D thing. SLA= Stereo Lithography (add apparatus for the a). A platform sits in a vat of some sort of resin, gets exposed to light either with a projector or a laser, resin cures for that layer, platform lifts up one layer. Pretty much makes your part upside down. capable of extremely fine details SLS= Selective Laser Sintering is a sort of hybrid where a FDM style nozzle lays down METAL OR CERAMIC dust, and zaps it with a super powerful laser to melt the dust, sintering it into a thing, builds layer by layer just like everything else. #n00b answers for n00b questions (not serious, maybe?): What is a FDM printer? A really, really smart hot glue gun. What is a SLA printer? A laser projecter so powerful they had to protect the world from it by covering it in goo. What is a SLS printer? FREAKIN’ METAL MELTING LAAAAASER BEAMS PRINTER Youtuber stuffs Also Barnacules Nerdgasm once in a while but he isnt a dedicated printing channel Level1Techs maybe soon eventually?!? that’d be great You got a recommendation for people with absolutely no experience? Ultimaker You got a recommendation for POOR people with absolutely no experience? You got a recommendation for someone with a reasonable amount of technical knowhow and looking for top end quality without destroying my wallet completely ? Cool, now what if I want that but I’m poor people? (watch all 6) ###I need to print something about the size of a cube made of E-AT…

I’m going to be using this as a dumping ground for more obscure stuff I model at work.

Spent a good 5 hours today remodelling this chair in 3DS Max. Made the weave out of splines, which are always a joy to work with…

Original model we had was a converted .step that was 103MB. Cut that down to 5.5MB with this one. Took the opportunity to properly map the cushions, and using splines meant that maps were automatically generated for that.

Just put on basic Corona materials to check it. The weaves are split into smaller sections, which meant I could use a Corona Mix map to randomise the gamma of each section, making it look a little less unreal. 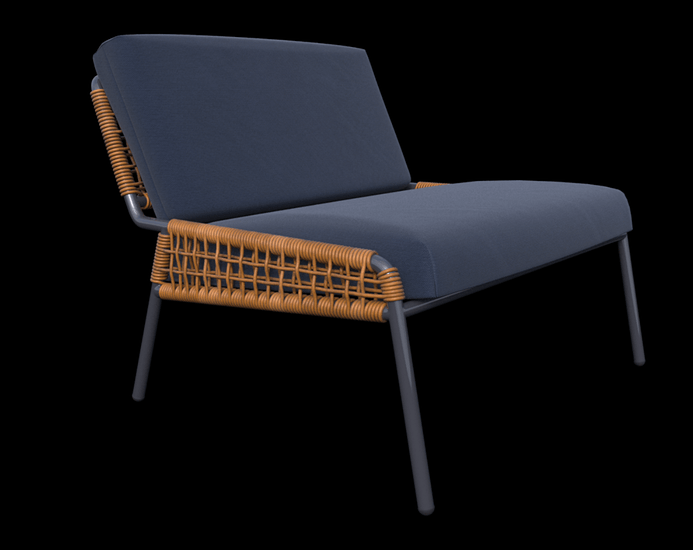 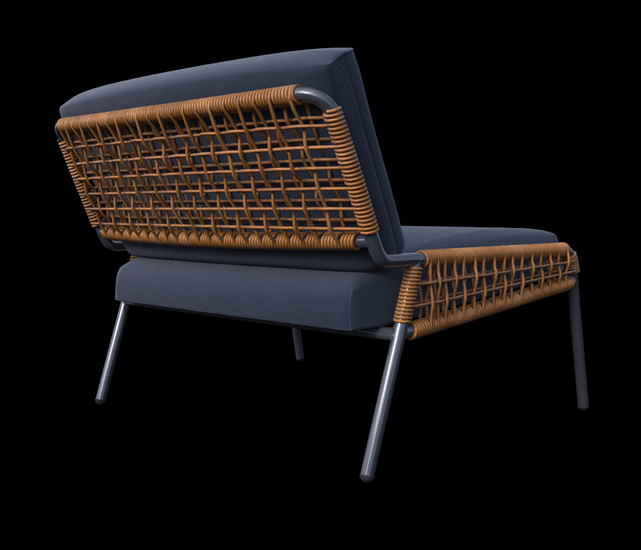 Hmm, this could be exciting to give me a reason to start getting back into Blender, etc. Does anyone know if you can still get a free trial of the AutoDesk suite?

What if your model was for 3D printing?

Go for it! I’ve updated the OP to reflect this thread’s for both.

@WolfTech716, what Autodesk software would you be using?

I think I’d be looking at AutoCAD (the 2D implementation), 3DS/Maya for extracting the models that I lay out in AutoCAD. If that makes no sense, then it shows how long it’s been since I’ve used them haha.

AutoCAD does 3D, but not very well. If you know autodesk stuff, you can use Fusion360 instead.

Seems like something that could cover my use case. I’d have to check on the actual features, but thanks for the input! Also, AutoCAD would just be for the outline (such as making a floorpan) and then using a different program to extract the model.

AutoCAD is how I make my money so if you need to know something, I can help you.

I’m working on a floor plan so I can do in floor radiant tubing drawings. 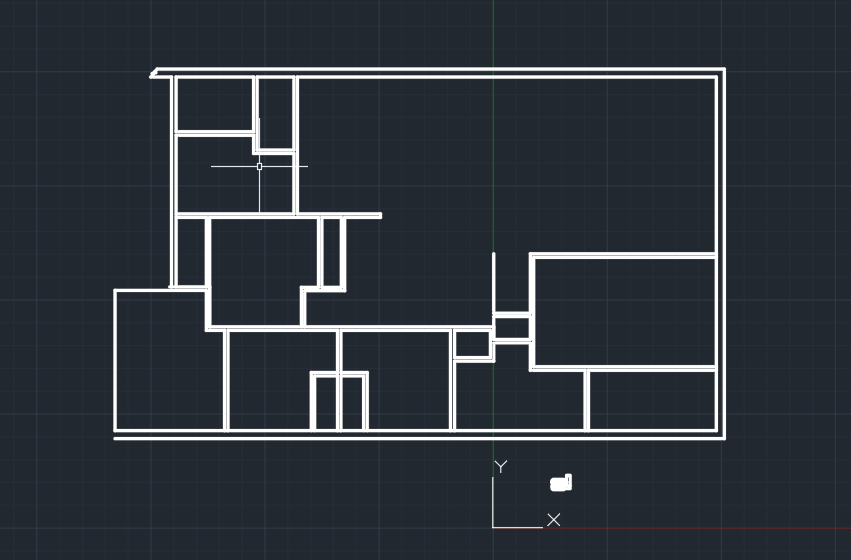 An example of a Hydronic system for higher volume DHW 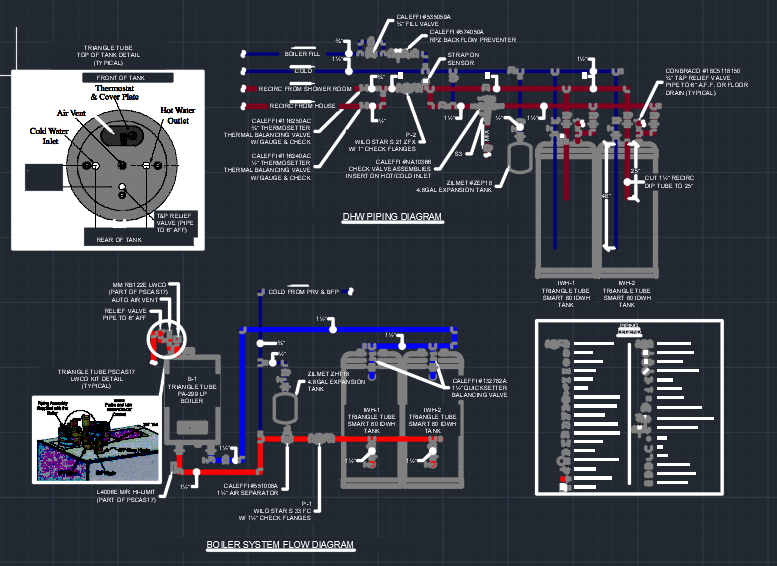 These arent 3D though so lemme show you something that is 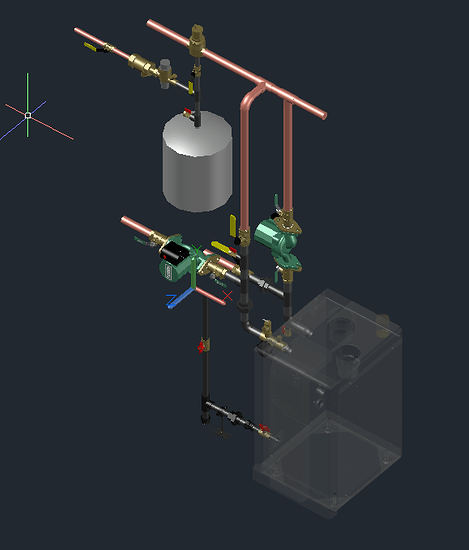 Whoa… that is SUPER cool, alright so I do thin I wanna delve back into AutoCAD. Are there projects that people suggest that get you into the software? I’m a “learning by doing” individual. I know once I made my high school’s mascot as a logo, then extrapolated it for 3D onto a plaque base as a “virtual prize”, but that’s where my knowledge ended. (I would be starting far below that now)

For something like that boiler system, most of it is stuff I got from our manufacturers already made and I just put the pieces together like a lego set.

Boy, do I have a thread for you guys!

A lot of neat stuff in there.

NASA have released diffuse and displacement maps for moon from the LRO.

Means you can put an accurate moon in your scenes, if you’re using a sun positioner.

Thought I would post a joke model I made a while ago. 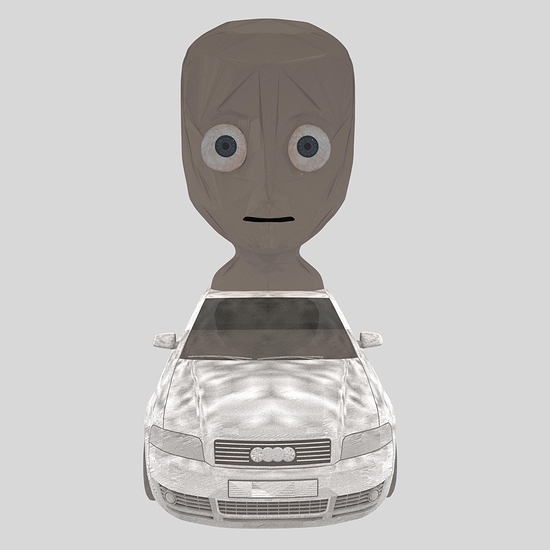 Went back to the modeling stage for this dingo gnoll thing to make them a bit more viable to be used with catmull-clark subdiv, flesh out facial features, and a rework on the hands. 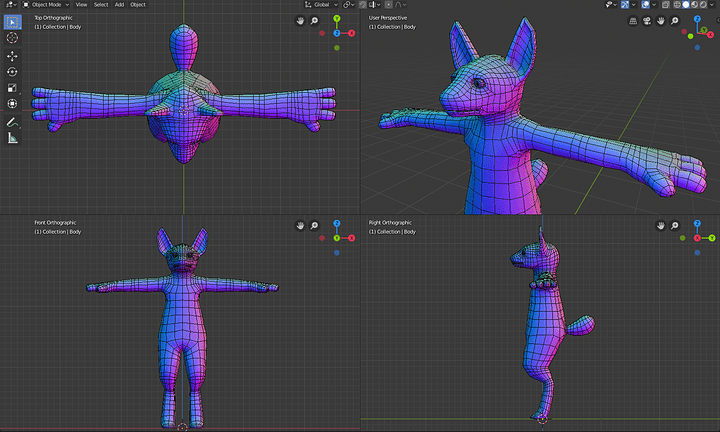 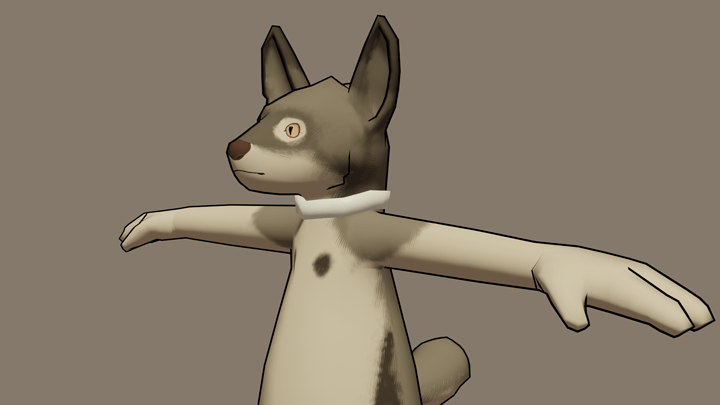 As usual, Blender 2.8, and some use of Substance Painter 1.x 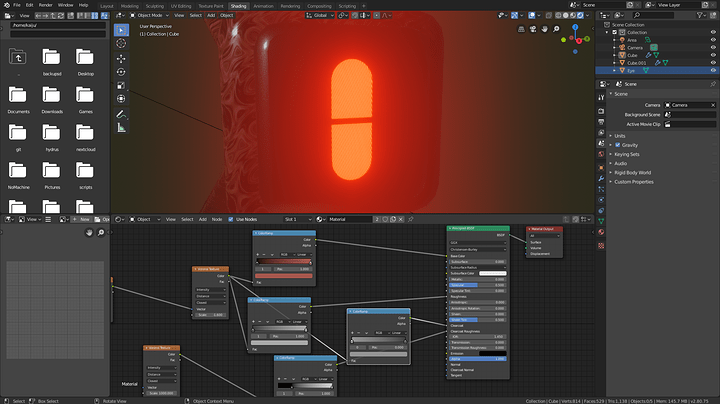 SAURON KNOWS YOUR LICENSE PLATE AND STARES INTO YOUR SOUL 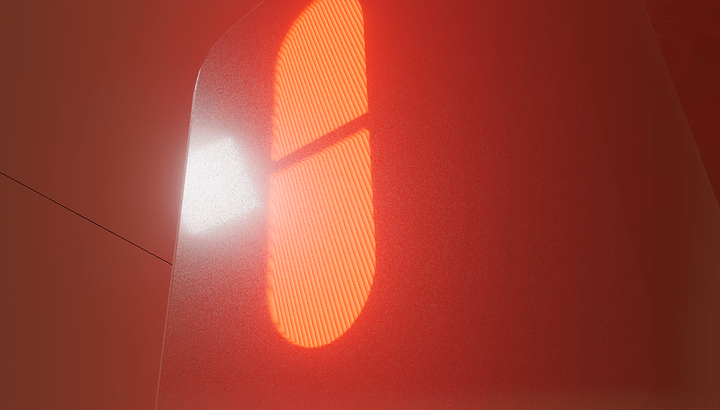 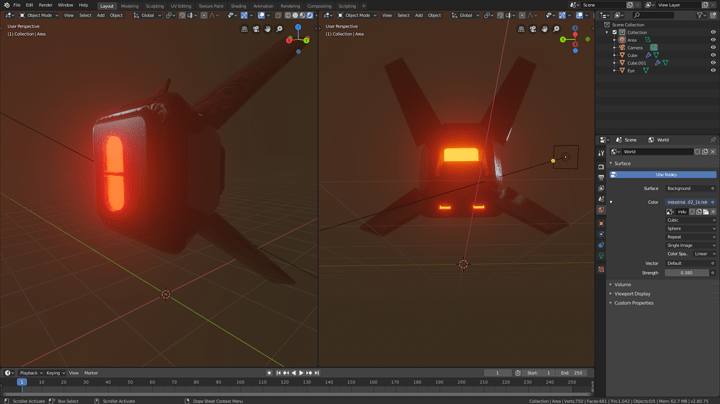 Spent a bit of time last week trying to make a rope-look material without using bitmaps. Worked out quite well, if you don’t go super close. 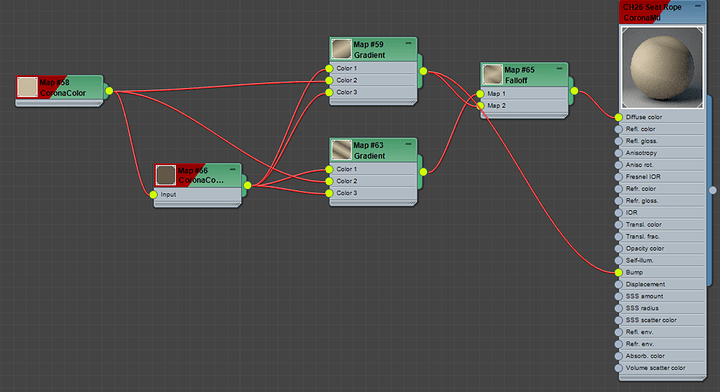 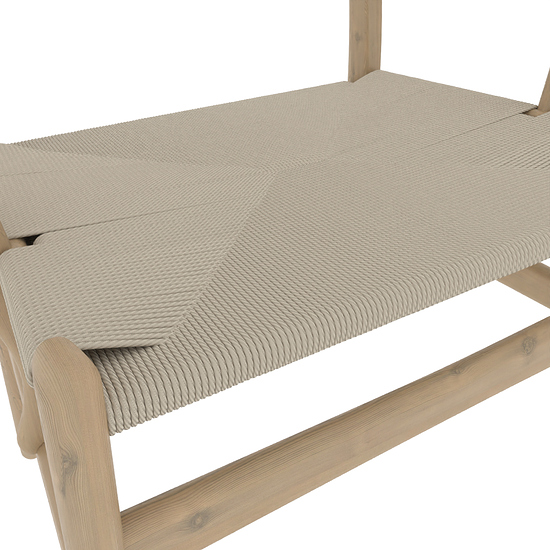 Not bad. Here’s the shader setup for the glass & emissive behind it. 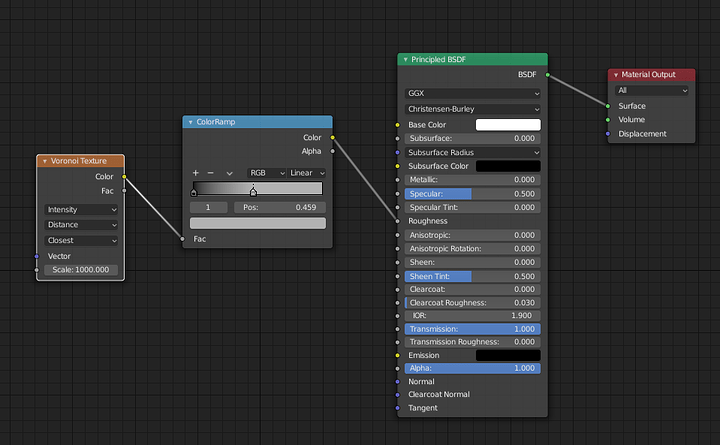 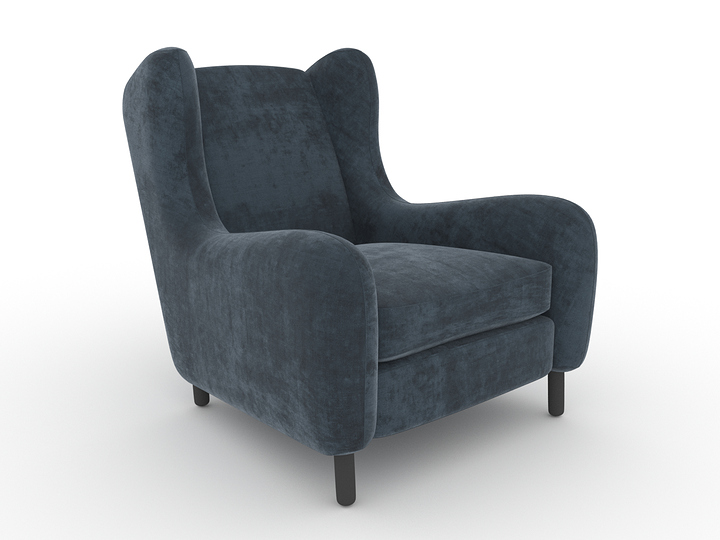 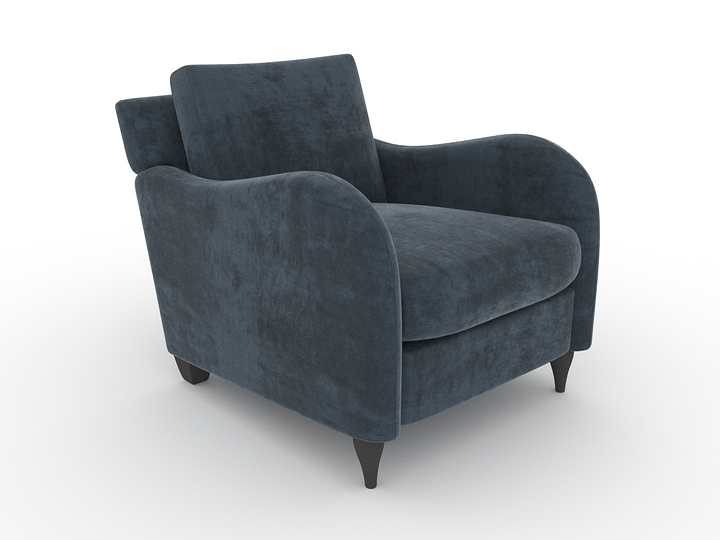 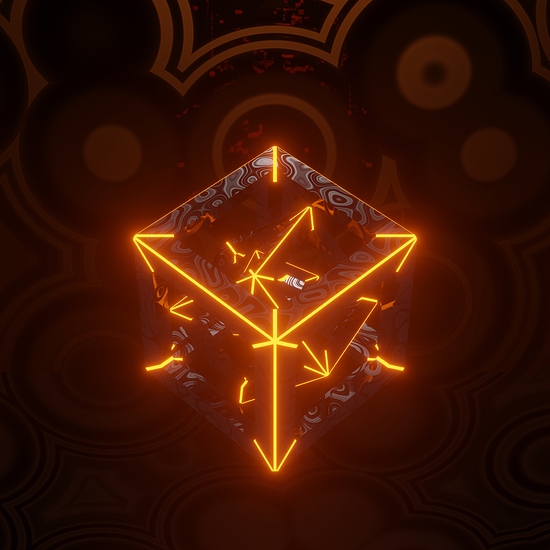