I have abook that I read every once in a while that is quite interesting.

If you are interested in physics, it is a great read. Quantum physics is really some mind blowing stuff.

Here is another interesting topic. Something that I have linked here before:

This paper discusses the extreme limits ( from a physics standpoint ) to how fast and how dense computers can become. (There are a couple of assumptions made, this does not apply in the same way to reversible logic that I mentioned in the op.)

@Cobra92fs I have not seen that book before, thanks for the link!

To increase the critical mass, here are two further topics. I would really like to see some posts from the computer science guys in this forum or even better, interesting stuff all you everyday programmers stumbled upon.


This is an older paper, however there are some amazingly streight forward ideas in there and a lot of interesting keywords to google. 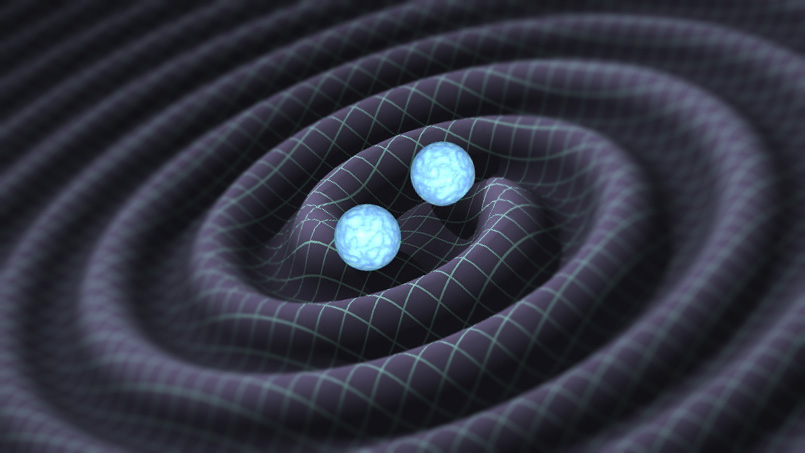 The Laser Interferometer Gravitational-Wave Observatory (LIGO) consists of two widely separated installations within the United States — one in Hanford Washington and the other in Livingston, Louisiana — operated in unison as a single observatory....

I rememper two years ago when they detected their first significant signal ever, a probable black hole merger. Just think about that, we can detect waves of spacetime itself! 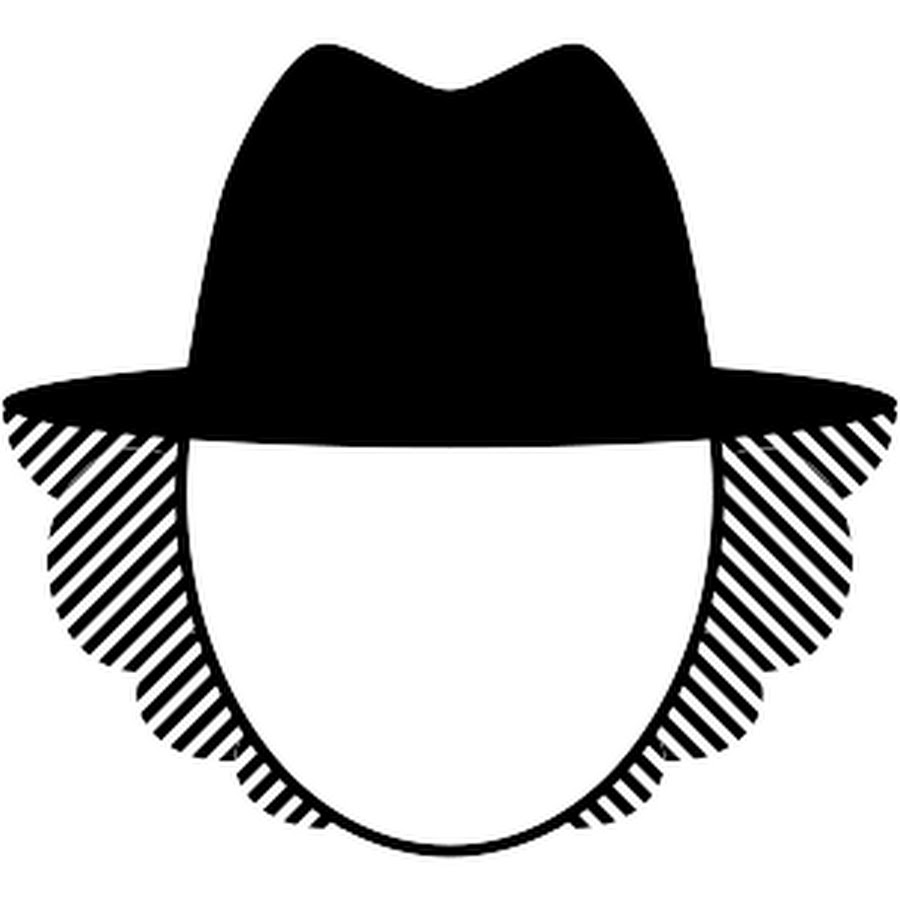 Videos about Artificial Intelligence Safety Research, for everyone. AI is leaping forward right now, it's only a matter of time before we develop true Artifi...

Keep in mind, that he mostly discusses the higher level problems of AI and skips the immideate, more obvious, near term implications.

This is good one… 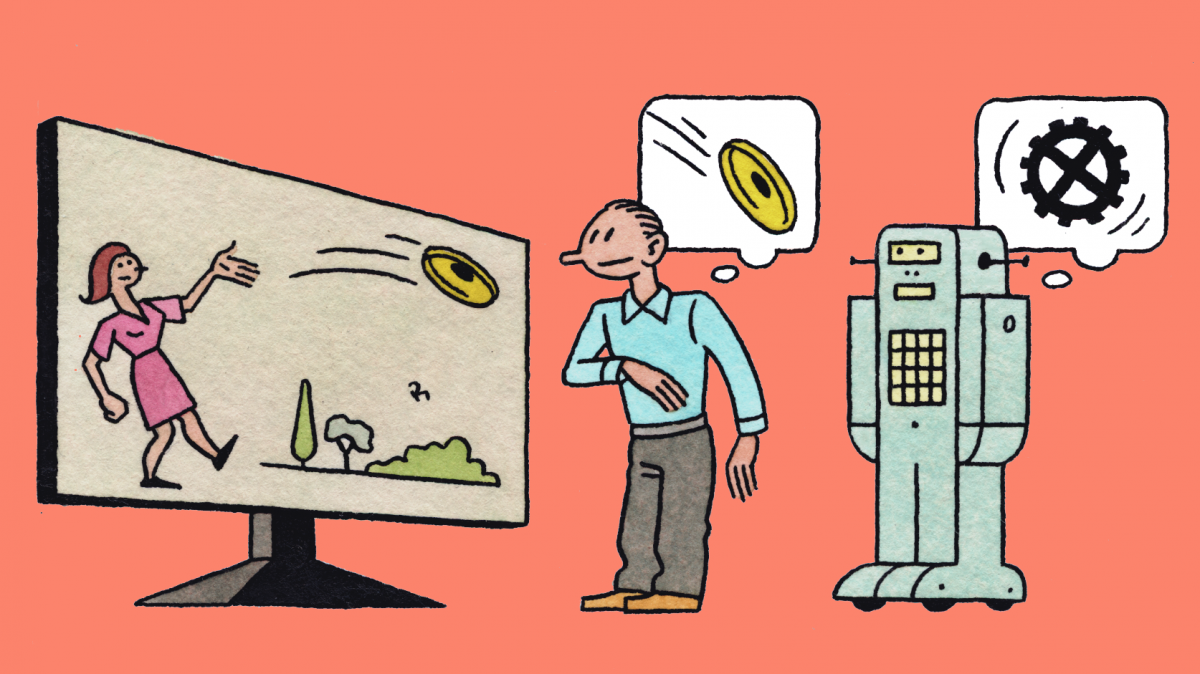 Mistaken extrapolations, limited imagination, and other common mistakes that distract us from thinking more productively about the future.


I know very little about operating systems and the technology around it, but I found some of the points made very intriguing. I’d like to know more from those people who know more about the pros and cons of Unikernels over here.
1 Like
Marten October 11, 2018, 10:20am #13

Wow id like this peer reviewed. Comments are not on. It’s making me think. logarithmic numbers are insane.

On the topic of particials in the universe. We are seeing now the most of the universe we ever will and if we dont capture / record it. It will be lost.

The universe is expanding and accelerating. So whole galaxies we see today on the edge will cross over the visible light boundy to us and be lost forever.

So breed fast before we lose too many particles.

Post any interesting sciency stuff? Count me in. Just published a few weeks ago, out of CIT.

The paper is pretty dense (as are pretty much all papers from Science) and there’s 30 pages of supplemental material, but this is an idea I’ve had kicking around for a long time. There’s some good and some less good in the article though. Basically, they were able to program cell death based on semisynthetic logic circuits. One cool thing is that they used multiple logic gates, with each dependant on the result of the prior, which as far as I can tell is a first.

This is a big deal because it could potentially lead to protein complexes or circuitry that can make intelligent, autonomous decisions about drug delivery, or adopt conformations or fluorescence intelligently to relay information to scientists and doctors about the state of a cell. For instance, we can kill cancer cells fairly easily. The problem is killing only the cancer cells. There’s often not one clear biological indicator that something is a cancer cell - it’s usually determined by a series of information. We could theoretically design proteins that could examine multiple aspects of a cell, do some basic math, and if the cell scores high enough, kill it. That would be an incredible change in cancer therapy.

The downside to this is that it’s semisynthetic, like most of the novel protein design today, it isn’t truly novel. We know a lot about how proteins fold but still don’t have a clear model that works with a high enough success rate to think about designing proteins from scratch. Until we get that, the most we can do is adapt existing proteins and make mutations to those, which has a whole host of limitations.

Ultimately this is a computing problem. Once we crack the folding code (most likely to be done by brute force since it’s tough to get a clear picture of what’s happening on an atomic level when proteins are folding) it’ll be possible to design de novo proteins that are super-capable and super-efficient for our purposes.


Black holes are surprisingly the most efficient method of extracting energy from mass.
Here is a video for the short and easy explanation:

China has mated same sex mice too see if it would work. Female worked, as it should because a woman is XX chromosomes. Male died a few days after birth. Males are XY chromosomes. They made a YY mice.

Light Transistors of the future - thread
Thanks to @Radio_God for the OP. There are interesting links in that thread. I am just linking the thread here for reference.

So I was watching a youtube video about heat dissipation in pc cases, and it got me remembering a ways back when I was wondering why we aren’t using photons for some things instead of electrons. For instance, when it comes to a cpu, since it’s just transistors switched on or off, that could be run on photons instead of electrons. So I did a quick search, and I did see a good article on quantum photo-transistors. I had done a similar search a few years ago and got nothing. The article above is 4 months old, but it is news to me:) Now, not every system in a pc could be run on photons, I get it. The amplifiers for display and audio output would still need to be there. But the cpu, gpu, ram, chipset, and drives could all be run on photons. And it would stay near room temperature:) And even though the transistors in the article were for quantum computing. there is no reason it could not be used for standard computing right now. And they can operate the transistors at 10 billion photonic qbits per second. That is almost twice the speed of a turbo on a modern intel chip. And judging by the size they got it down to, 1 million transistors for the size of a salt grain, we wouldn’t need a die shrink to 7nm to save power, increase transistor count, or to kick ass in fps games. All in a fanless pc. Then it got me to thinking, again. I can see a possible future where instead of just electrical power lines running into our homes, we might also have a secondary fiber line. Appliances will need electrons, but our lights can be powered directly by photons. That would probably cut grid demand by around 20%. With light hubs scattered around, we could have a light grid along side our existing power grid, harvesting sunlight by day, and some leds running in hubs at night. Now, even though I have a phd in thingeemajiggerology, I am no light scientist. But I believe the transmission of photons is far more efficient than electrons. I realize by the time a decent light processor …

The Antikythera Mechanism
Most of you will probably know about this amazing piece of ancient Greek machinery. I am following this video series for a while now and I have learned a lot in the process. Also production quality is through the roof on this one:

also, here is a series on

It does not mean that this is exactly how machine work was done but it shows some of the viable options.

And if you didn’t know about the Anthikythera mechanism I would suggest to start here:

Electrons are more cooperative (or at least we understand how to guide their movement better right now).

Leakage of electrons is a big issue in transistors and many decades of refinement has gone into address containment of and efficiency of movement of (lowering resistance) electrons in semiconductors.

Then there is manufacture… you’d need a scalable/cheap per unit process to lay down complex switching networks that scaled to billions of gates… I saw a fair amount of work 20 years ago go into “photonic switching networks”, but they were not trying to handle a lot of “logic”, but rather forestall the conversion to electrons as long as possible in a router to allow light to bend/redirect/shift mechanically to accomplish “most” of the routing logic.

Now try to scale that to registers, ALUs, caches, etc… materials have to change their game…

Peryton radiation
Came across this article by Wendy Wippel called “Dude whats that sound”
https://www.raptureforums.com/wendy-wippel/dude-whats-sound/
I edited out some. The Abstract and her conclusion is almost cringworthy

“The telescope at this point has long been operated by scientists working remotely, with only a small support staff onsite. In 1998, the physicists that manned the Parkes Radio Telescope began to notice random interference in the normal signals from space, interference that seemed to be—possibly– relayed from deep space. Interference described as fleeting bursts of radio signals. Though not a predictable regular occurance, these anomalies persisted. Finally, convinced they had made an actual discovery of a new form of radio wave, they named their discovery after a mythical chimera half stag and half bird: the Peryton. It was high up at the time of scientific mysteries.”

“And then—finally, they with a little bit of earthbound research—found exactly where the mysterious perytons were coming from.
And like every good scientist does, they wrote their findings up for inclusion in a scientific journal.”

“Perytons are millisecond-duration transients of terrestrial origin, whose frequency-swept emission mimics the dispersion of an astrophysical pulse that has propagated through tenuous cold plasma. In fact, their similarity to FRB 010724 had previously cast a shadow over the interpretation of fast radio bursts, which otherwise appear to be of extragalactic origin. Until now, the physical origin of the dispersion-mimicking perytons had remained a mystery. We have identified strong out-of-band emission at 2.3(2.5 GHz) associated with several peryton events. Subsequent tests revealed that a peryton can be generated at 1.4 GHz when a microwave oven door is opened prematurely and the telescope is at an appropriate relative angle. Radio emission escaping from microwave ovens during the magnetron shut-down phase neatly explain all of the observed properties of the peryton signals.”

It was the microwaves at the Parkes radio telescope facility. Every time one of the few staff members there grabbed their hot pocket before the timer went off.

Secular links to this story:
https://phys.org/news/2015-04-mystery-peryton-reception-australian-observatory.html
https://www.nationalgeographic.com/science/phenomena/2015/04/10/rogue-microwave-ovens-are-the-culprits-behind-mysterious-radio-signals/?user.testname=none
I am sure some choice words were used

ACF is an adhesive electrical interconnect that electrically connects opposing surfaces but does not conduct electricity parallel to said surfaces. This technology is commonly used in LCD manufacturing to connect electronic components to contacts on the display. To me this seems incredibly useful for hobby electronics projects to connect very small scale pads to each other.

Footnote
I just now learned about this, I had now idea this existed and it is such a simple concept. Credit to the youtube channel Strange Parts for mentioning and explaining this simple but very useful technology that seems to be widely used in the electronics manufacturing industry.

Bacteria live in surface-attached communities known as biofilms, where spatial structure is tightly linked to community function. We have developed a genetically encoded biofilm patterning tool (“Biofilm Lithography”) by engineering bacteria such...