so, bit of a noob question. I have a Galax 980ti that has never cooled well. It hits 85C in Unigen even at full fan speed and that’s only at 60fps. I’ve had to hard cap my games at 60fps just so I can play without worrying about damaging the part. For the last few years I’ve done everything sort of taking the cooler off and repasting it, I’ve installed all Noctua fans in my Haf X, and even though my cable management is a bit awful, it wasn’t clear enough what was causing the high heat.

I hadn’t really noticed it before, because it seemed like a cosmetic thing at best, but the card has vents on the backplate as seen below. 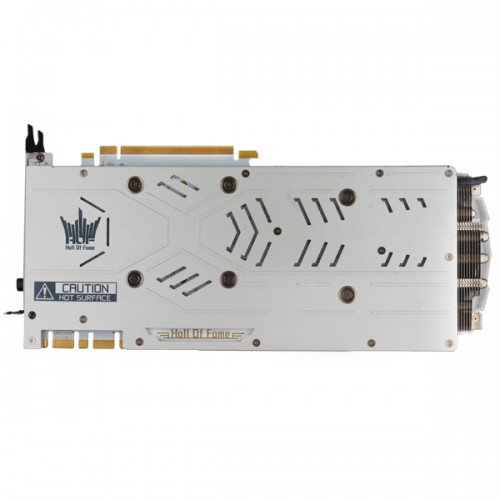 it even directly states HOT SURFACE which I had completely forgotten about because it’s been in the case so long. I also have a sound card, pictured below, which is sitting in the slot DIRECTLY ABOVE my GPU, covering half the backplate. 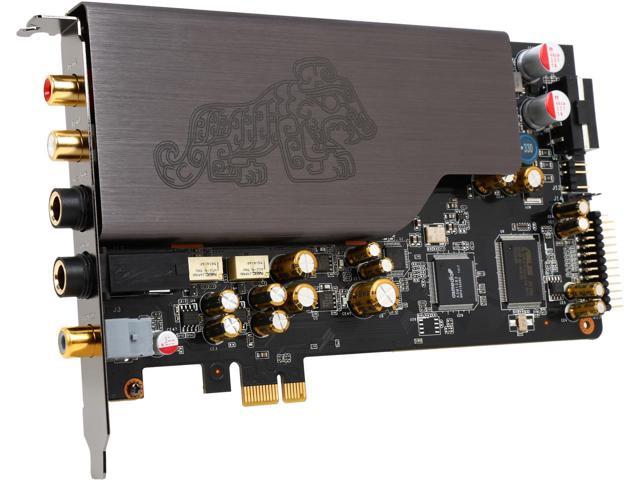 my question is could that be obstructing airflow? Is that even how the gpu draws new air in? I have no idea about the mechanics of this, but it hadn’t even occurred to me until I saw the vents today. What do you guys think?

Your soundcard won’t affect the thermals of your GPU in any appreciable way being installed above the GPU. Unless your soundcard is crazy hot itself (doubtful).

Those holes on the backplate I can almost guarantee are for aesthetics since the PCB is immediately behind it for the entire length. You might get some thermal benefit from those holes, but it would be minor at best.

Being an open air cooler design your GPU will suck air in through the fans in the front and blow it out through any open area around the shroud.

If it’s hitting 85C consistently with proper airflow in the case you’ll probably want to repaste it. You can also try dropping the voltages a smidge to see if that does anything.

Cable management (or lack thereof) will not obstruct airflow in any way.
When you have at least two fans moving air through your system, the cards cooler should do the rest.

I would recommend to take the cooler off and clean it, while it is off, do what @w.meri said and put new thermalpaste on the GPU.

Will I have to worry about the thermal pads coming away? You usually get those with watercooling gear but I don’t think I’ve heard of them being sold separate.

When you do it carefully, it should not be an issue.

They are sold seperately.
Just one example: https://www.ekwb.com/shop/accessories/thermal-interface-materials/thermal-pads

All the gpus ive done i probably could have reused the thermal pads, i actually did when i put the stock cooler back on my rx480.

As a precaution i would order some new ones as old ones tend to be stubborn and rip.

I assume the dimensions don’t really matter, just that I get enough material to cut and paste to whatever components need them. 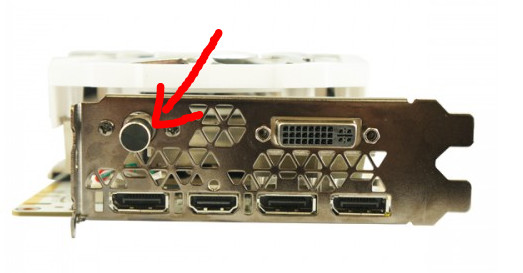 Just to rule this out, have you tried toggling this button?

Yeah I have, it has been in since I put the card in, and toggling it out made no difference to temps.

I gotta ask, is that a Turbo button, like one used to find on the front of personal computers? Does it boost the card to 66MHZ?

Pretty much yeah. Except rather than limit the speed, I was always confused the turbo slowed down a PC, it upped certain limits and let the card run harder and faster.

Something like that.
On the 1080ti HOF it sets fans to 70% and raises powerlimit and core clock a bit.