Basically a thread to ask for / point people in the right direction of special hardware.
No walls of text, just quick and to the point.

Is there a fanless SFX PSU? I know semi-fanless ones but haven’t seen one actually without a fan.
Doesn’t have to be powerful, full load of the system is less than 150W.

Silverstone has something coming out Soon™ that might work. I’m not sure what the difference between SFX and SFX-L are, but here’s the link I found anyways:

Have you thought about buying an overkill PSU that has a fanless operation mode? I’ve got a full-size PSU that operates fanless up to 400w if I remember correctly.

Indeed, latest update is from June.
SFX-L might be a problem since length is exactly what my case can’t handle.
I have a 300W Silverstone semifanless that might be fine, was just curious.

If the load is so low why not a Pico style PSU? I can only assume that you don’t want a power brick.

I can only assume that you don’t want a power brick.

What about getting an extra long first half of the cable for the brick, assuming it is laptop style with replaceable wall plug end. Then just stuff the pico brick in where the PSU would go anyway? Maybe not elegant but could be dressed up.

I feel.like I am missing something though, very obvious. Never dealt with small supplies.

What about getting an extra long first half of the cable for the brick, assuming it is laptop style with replaceable wall plug end. Then just stuff the pico brick in where the PSU would go anyway? Maybe not elegant but could be dressed up.

I am no stranger to jerry rigging stuff but in this case I would go a different route if I have to. Those external bricks are not for me, if I mod something I would start with a known brand like my silverstone SFX and go from there. I am thinking about removing the case of the PSU so the heat can radiate out of it on it’s own. It is rated for 300W and the fan is pretty quiet, doesn’t move tons of air. So a system running less than half on full load shouldn’t be a problem.

I appreciate you guys trying to help but I wanted this thread to be more of a binary thing.

As far as I can see the answer to my specific question, passive SFX PSU, is no (sort of).
So, thanks everyone and feel free to PM me if you do find one.

I am looking for a super small case for a somewhat powerful ITX build. I already have one in mind but hey, this place exists, right?

I am aware of the Dan case and I think there were a few other kickstarter cases like that. I don’t want to wait and I want the thing to be done, in stock and ready to purchase for a not stupid price.

This is kind of the list of stuff that is probably gonna go into the build:

Board and CPU are almost set in stone, I already have the memory, cooler, PSU and GPU.
(I am looking at R9 Nano auctions though)

ITX formfactor for board and GPU, SFX PSU, low profile cooler and no SATA anything.
What case comes to mind?

If you can find a Lian case, they’re awesome. And if that’s your thing. A buddy of mine has a baby blue one that he had given me for a while. When he came back, I gave it back to him. I have cats, so it wasn’t viable

is the biggest thing for me here. 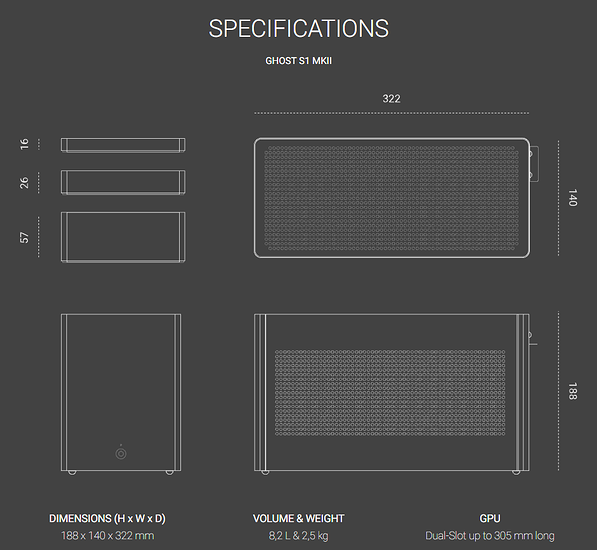 Does not fit my requirements. But thanks.

Ah, in stock. I thought they’d gotten to that point by now but apparently not.

Edit: honestly it bugs the shit out of me that the neatest cases are just made on preorder runs. Like the Ncase M1. Super popular, but they can’t be bothered to make 1000 at a time and sell them all. Because they will all sell.

If the Raijintek didn’t look so restricted in terms of cooling capability I’d be tempted to go there.

Cougar QBX-KAZE? Don’t know what availability would be like where you’re at. 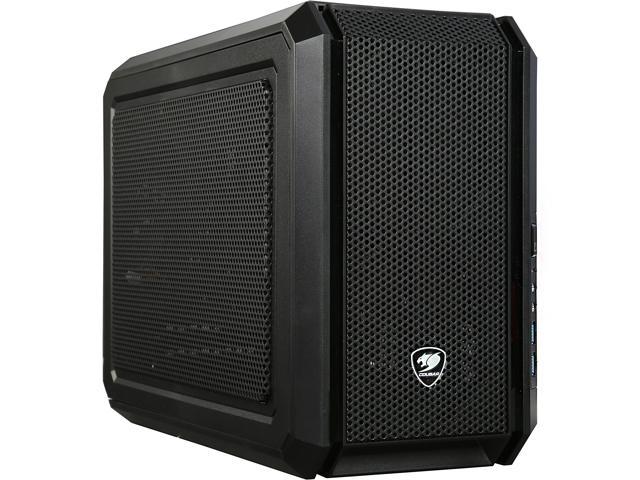 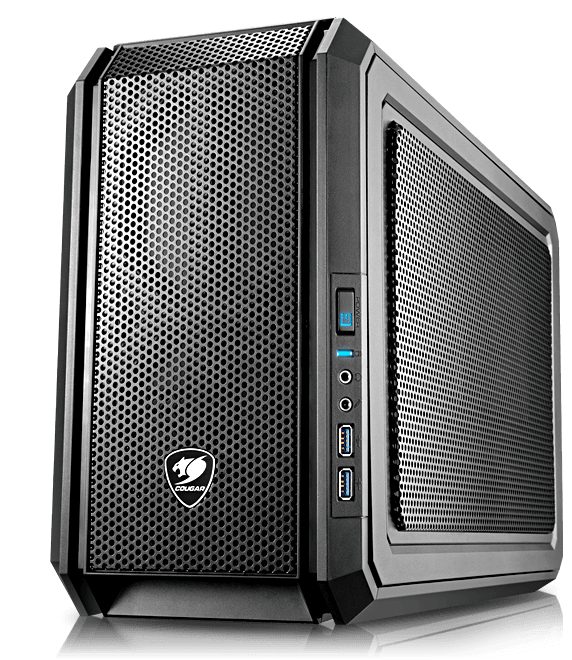 The QBX KAZE’s elegant metallic mesh front panel is the face of an ultra-compact case with one of the most stylish designs a pc case has ever seen.

That one is better and pretty much fits. But it is bigger than the silverstone, I think.
Rajintek, right. Have to look at those again. That might fit.

The Metis looks really nice but I’d be worried about how restrictive it is. The Plus model would probably be the one to get between them.

I dont know if you can get this at a reasonable price but your stuff should fit in the Rosewill RS-MI-01 BK no problem and its pretty small. Its far from the best case for its size but it should be cheap.

It is cheap but it wastes space with multiple drive bays as far as I can see, so it could be much shorter.
Also it only has one single PCIe slot.

Looking at the Silverstone Raven and the Fractal Node 202, the slim ones.
But also the Lian Li PC-TU100 looks really nice.

The Metis looks really nice but I’d be worried about how restrictive it is. The Plus model would probably be the one to get between them.

The main problem I have with that case is the placement of the PSU.
Think about cabling and airflow, it doesn’t make sense to me.