I’ve been trying to get me GPD WIN 3 to connect over Thunderbolt but nothing infract it dose not even deliver power nothing.

i am using a intel certificated thunderbolt 4 cable.

i have also tried my eGPU and it dose not see it at all.

There is nothing on asus site about the thunderbolt on the crosshair extreme just a mention it has it, I am completely stuck 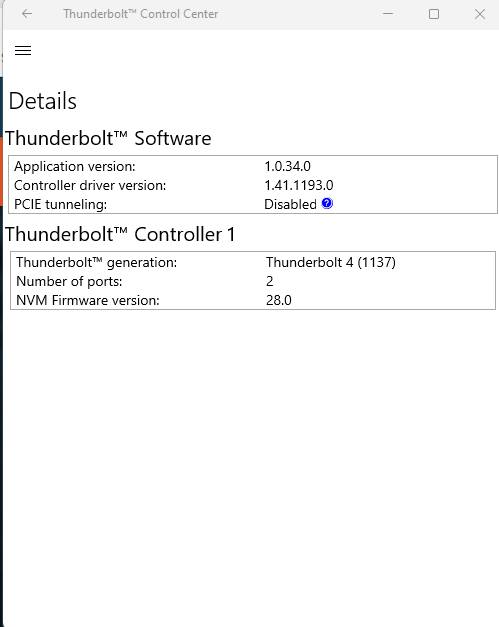 Have a look in the Thunderbolt General Help Area thread to check some UEFI settings:

Hi, the last two videos from @wendell have convinced me that there is the need for a more general Thunderbolt-related hardware thread. My first pearls of wisdom regarding the latest Windows 10 versions (works fine with 20H2 and 21H1) and X570 and B550 motherboards with Thunderbolt 3 (unkown Titan Ridge revision) and Thunderbolt 4 (Maple Ridge). B…

I did all the steps described in that post. However, C8E’s BIOS for Thunderbolt security has only two options, which are “No Security” and “USB4 Only”. After re-installing Windows 11 build 22000(21H2) twice, the PCIe tunneling is still shown as disabled. BIOS revision is 0801 (latest as of now).

So it sounds like ASUS has just given up on this idea? I’ve been struggling with one of the two ports not working for months and only now am I really sitting down to troubleshoot it as I need a 2nd port. The top port works but the bottom port (closest to the PCI slots) does not. Is that what you others are finding? 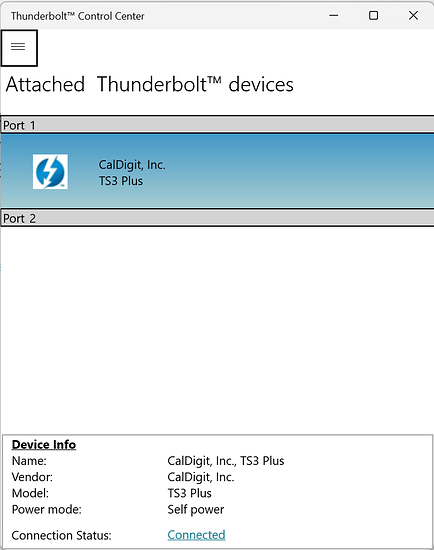