Okay, I'm currently using a GTX 780 Ti, and have said previously (Even on the forum) that it's a quick card and I don't really need to upgrade. Well.... The upgrade bug hit me last night and, well.... I need more FPS's. It's official guys. The upgrade bug is real.

I'm not 100% set on buying, but it's just if anyone has any experience of high-end cards and PhysX configurations, their input would be a huge help :)

780ti is overkill for a physx card, sell it and get a 750ti instead.
780ti's idle is about as high as a 750ti under max load.
Or just don't upgrade at all, since you're not going to see that much of a difference regardless.
Next year you're going to see a huge jump compared to the last 3.

I'm upgrading to a 980 Ti today or tomorrow and I have two 760s. I'll be popping the 760 in as a gameworks/physx card; I'll get back to you with benchmarks, maybe that'll help you make a decision.

plot twist, witcher 3 doesn't use GPU physx at all.

What? Do you not know that it uses gameworks hair and various other effects?

Yeah, it does use physx, but it doesn't run on the GPU regardless of what you do.

What are you talking about? Have you never used Nvidia control panel before? @thelonewanderer 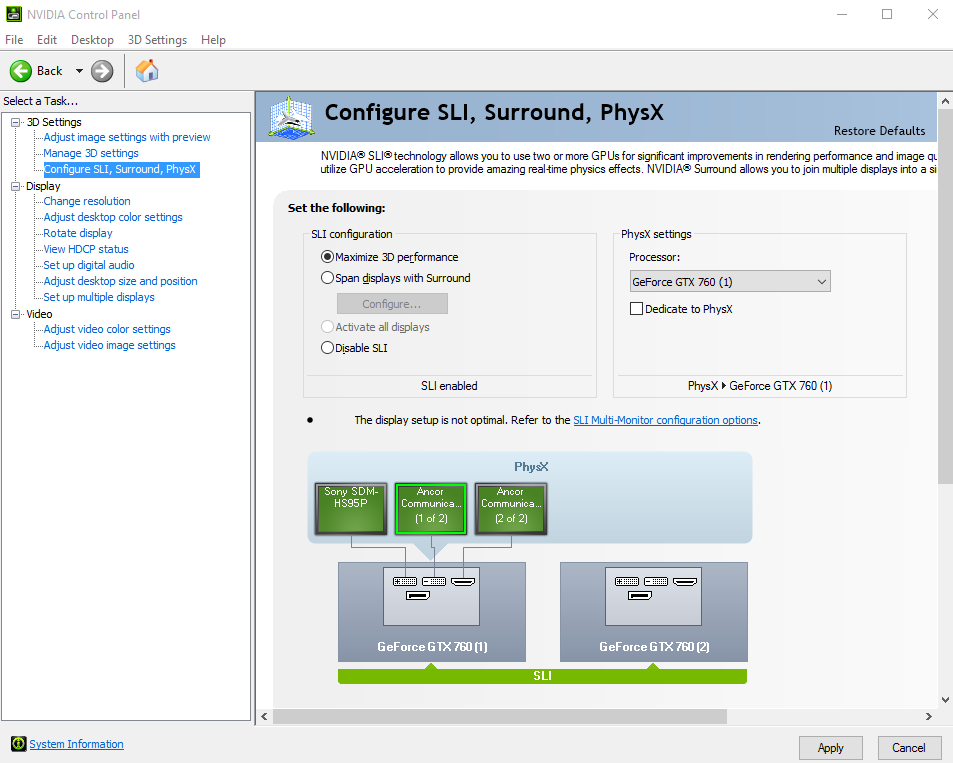 You don't understand, the game literally doesn't support GPU physx.
It is only going to run on the CPU.

Care to explain or cite something? @thelonewanderer

Brilliant, thanks. Thought I was being a bit over kill with using that, was just to save the potential of selling the 780 Ti if I do eventually get the 980 Ti.

Also, the energy isn't too much of a worry, living with parents and got a 750W PSU, so the thing is good for another card easily.

If you don't mind me asking, what's happening next year? (Been a bit out of touch since the Fury X launch and not really watching rumor sites)

Just get a Matrox gpu

New node, we are skipping 20nm and going straight to 16.
And HBM 2.0 is coming with 16-32GB cards, 1 terrabyte read write memory speeds as well.

Do you mean terabit read/write or actual terabyte?