I have searched on youtube if you can have physx on your cpu with an amd gpu and sure enough I found a few videos, So is it true you can use physx with amd and not only nvidia? Ive heard that Nvidia has advanced physx but regular physx on my cpu would be great! I love physx but I don't want to pay extra and get less performance for the price with a nvidia gpu.

Will I be able to use physx on borderlands 2 and games that have physx? Would I have problems doing so like massive frame drops?

PhysX is a proprietary realtime physics engine middleware SDK. It was developed byAgeia with the purchase of ETH Zurich spin-off NovodeX in 2004. Ageia was acquired byNvidia in February 2008.[1]

the point of using a Physx capable gpu is to offload the work from the cpu to the gpu, any gpu from nvidia gtx 550 or better will out perform your cpu by far . using the cpu to process physx may even bottleneck your cpu with the added load. amd has made a point to disable using an nvidia card dedicated for physx with any amd gpu,there was a small window of time when you could. but they used their driver update to deny enthusist this joy. both companies offer direcrt compute for their cards but physx is proprietary to nvidia . was the youtube video offfering a hack for this ?

You can use your CPU for PhysX. It probably isn't worth the performance hit. Most people with Nvidia cards don't use it, it ruins your frame rates. I wouldn't concern yourself with this. However, it is possible to do.

The video showed this-

Thats how you enable physx supposably.

Will an 8350 handle it or still the same issue I can live without physx but it looks really nice.

it will add a pretty demanding load to the cpu.

So ill take that as it will lower my fps quite a bit..

Even with a high-end Nvidia card, PhysX is a b**ch

i tried physx out  using a gtx 670 from evga in futuremark vatange with and without a gt 430 (192 cuda cores) the gtx 670 scored high by far by itself than with the 430 as a ddedicated physx card. just one of those had to see for myself days. tinkering can be silly fun.

The gpu if you enable  physX changes a little as its doing more...but this depends on how good your cpu is.

I actually set physX to low on borderlands 2 because physX just made too much of a mess of things spraying around things when you shoot/blow stuff up that it started to get confusing.

people say that physX is demanding on the cpu well thats just not true i found a %3 to %5 increase in cpu useage and considering my cpu only tops out at around %30 max in the most demanding of games its a none issue.

Now if you whant physX without the hassle of going in to your config files and enableing it manualy a nvida card is for you if you dont mind hacking your game to enable it a AMD card is better bang for buck.

You can click my name for my pc specs

PhysX runs on my CPU out of the box with Borderlands 2. No hacking required.

I fired up Borderlands a few weeks ago. My i7 2600k at 4.5ghz and 7870 could run it with PhysX on high at perfectly playable framerates. Not always ideal framerates, but playable. I don't know if PhysX is multithreaded on CPUs (remember Nvidia wants their GPUs to run physics calculations better than CPUs), so I can't really guess how an 8350 would run it.

But, like cooperman said, it's just gimmicky. There's crap everywhere just to take advantage of PhysX. It doesn't add anything to the game.

Dude VERY helpfu you have a cpu close to mine and my gpu a bit better but if you can run it fine ill put physx on low not a problem I don't want stuff going everywhere but I do enjoy being able to shoot flags and they fly off etc its really noticeable on mirrors edge if you pay close attention like I do.

I am gessing in your situation the game has noticed your HD Graphics 3000 driver for your cpu and let you change it.

However with a AMD only sistem its locked and you have to enter into the config files to change it's setings as its locked. 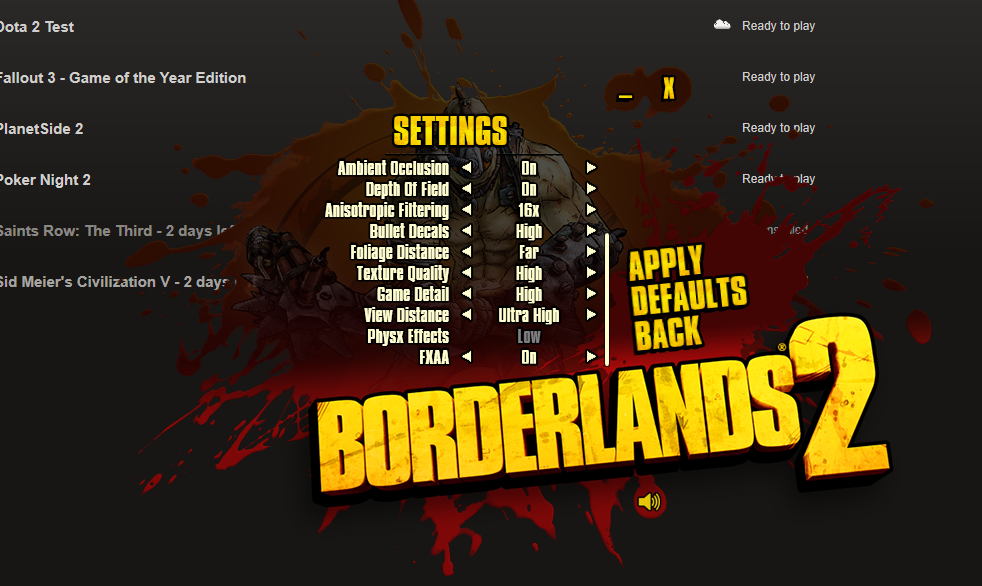 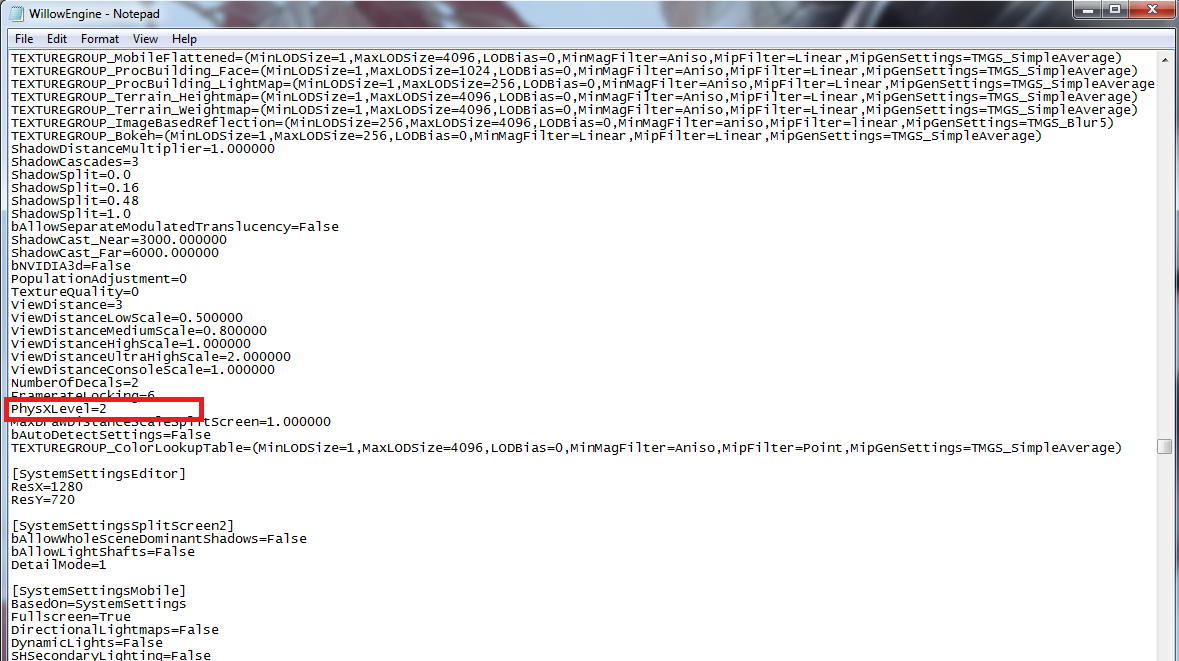 8fqENx5.png1179x661
I just whent and swiched up physx to max all outher setings are maxed vsink is off max framerate is set to unlimated 1920x1080p (full 1080p) frame rates are in the top corner of the pictures. 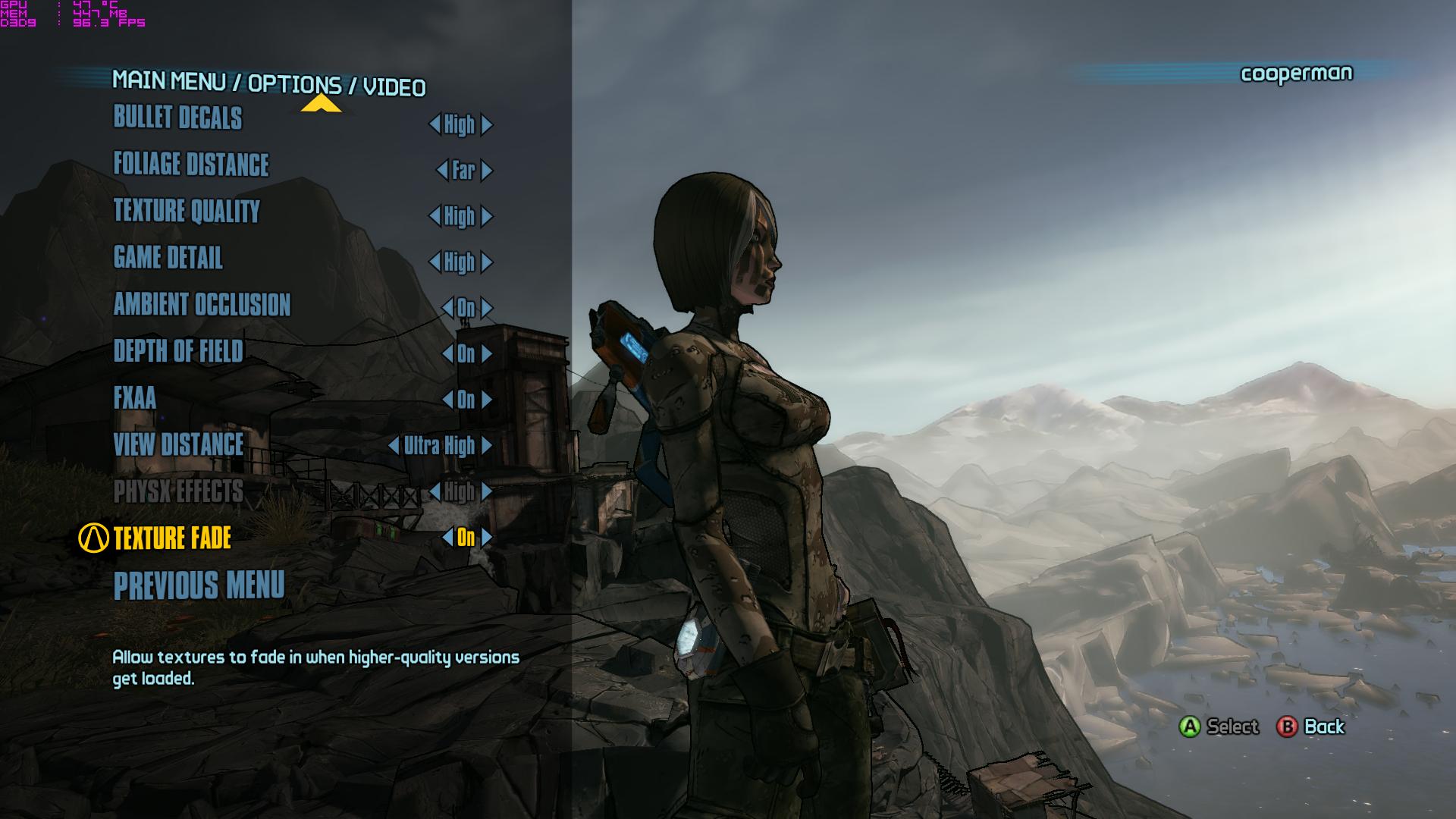 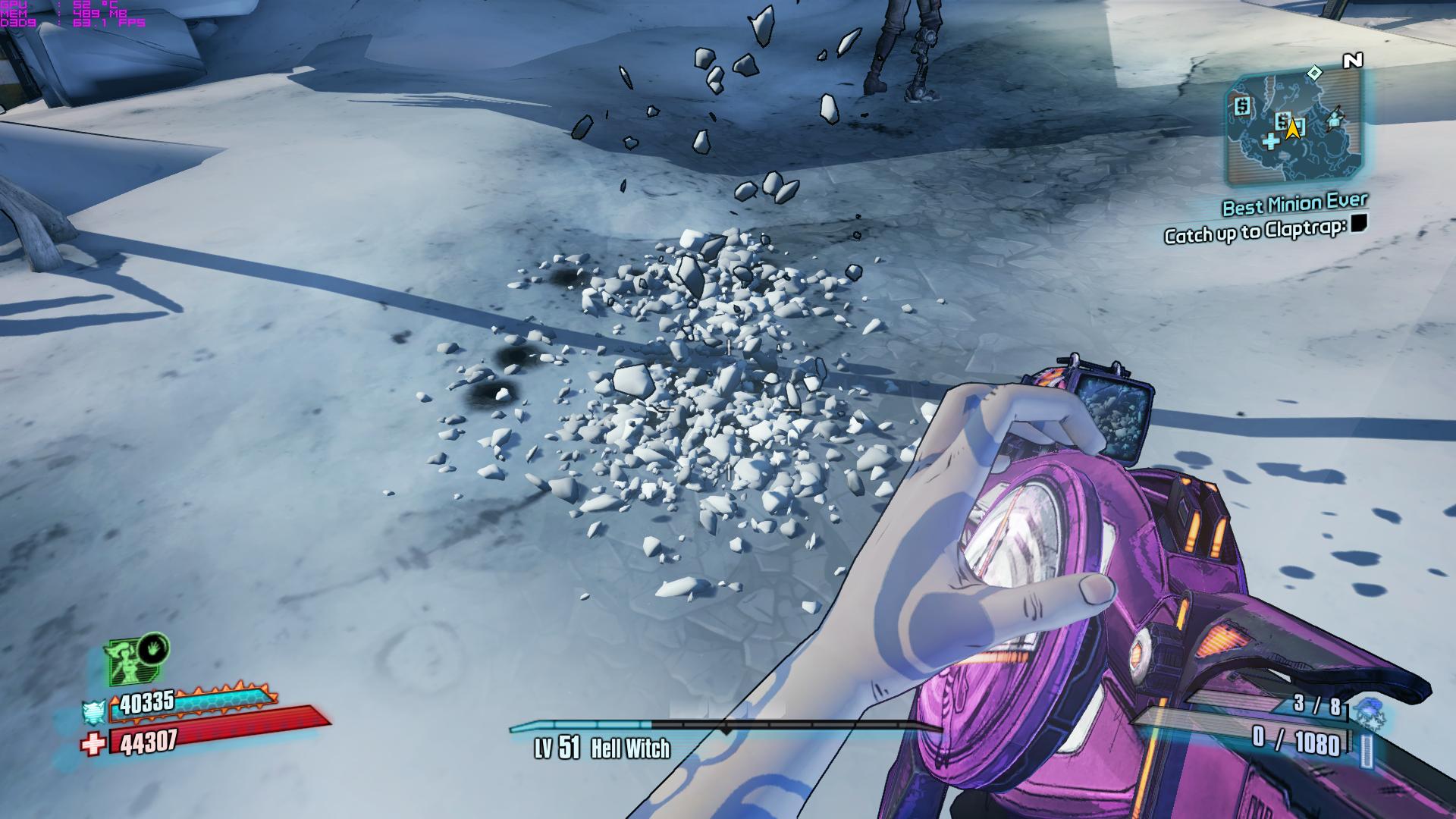 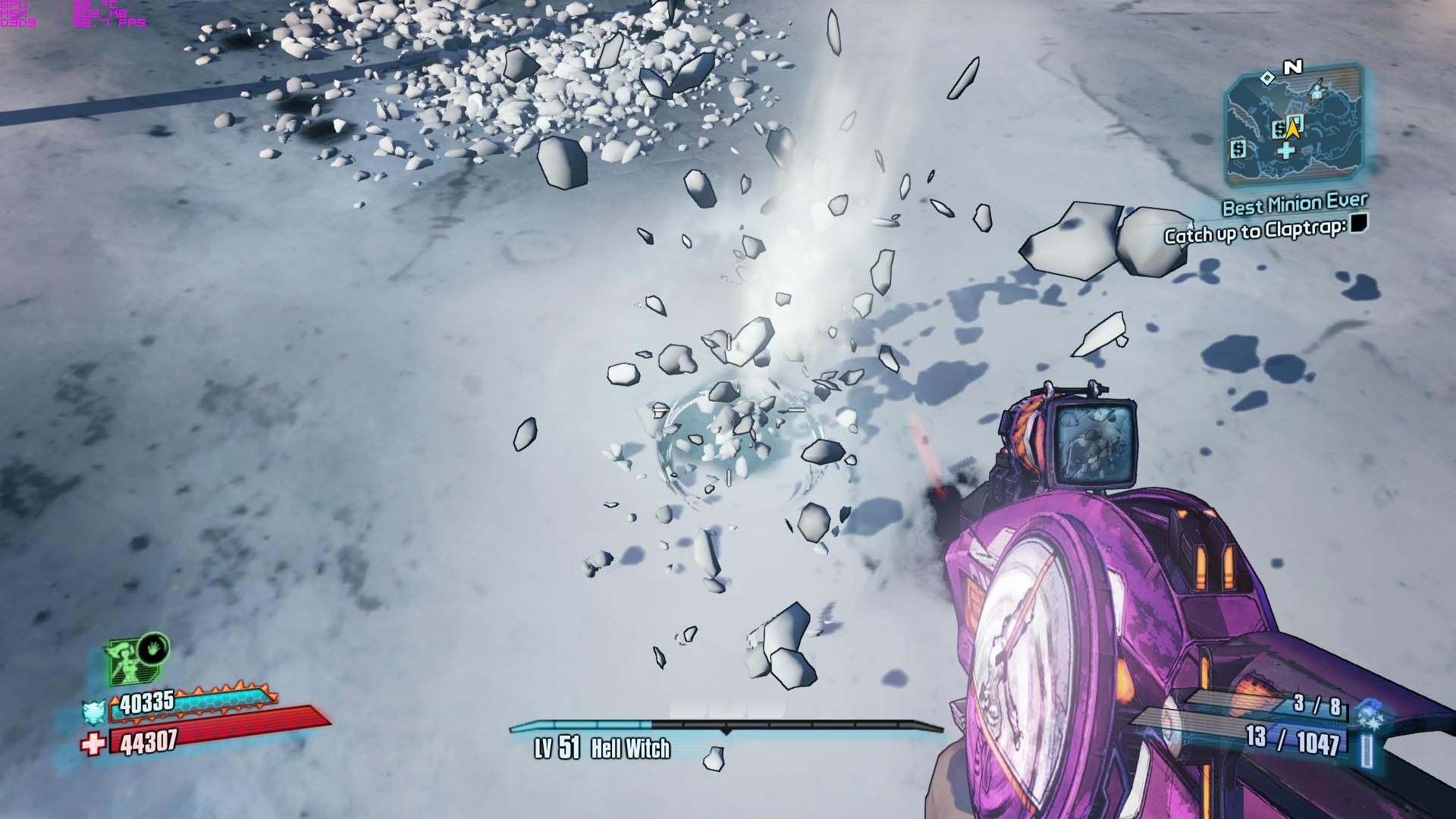 I did actualy see a small drop in fps wile i was tinkering around about 7-10fps but that dosent make my gameplay suffer :)

I don't have any driver for the integrated garbage installed. Device Manager just shows an unknown video controller.

Not that it matters to the OP. Start the game up, if it works it works. If not, there's hacks.