The pi4s OC’d to 2.1 GHZ and with SSDs are stupid… stupid fast

For the main / host OS that would run LXD, SD cards are just fine. But SSDs will definitely make a difference for the service that run inside LXD. OC’ed means even “more better.”

I prefer the Pis im trying to run ARM as much as possible with existing hardware.

Understandable. I also want to get away from x86. Check out the Wiretrustee SATA and also this article.

At this point, a Gigabyte ARM Server with Marvell-ThunderX2 makes more sense. Maybe 2 for redundancy with 1 Pi for tie-breaking.

At this point, a Gigabyte ARM Server with Marvell-ThunderX2 makes more sense. Maybe 2 for redundancy with 1 Pi for tie-breaking.

Im going to instead push for this 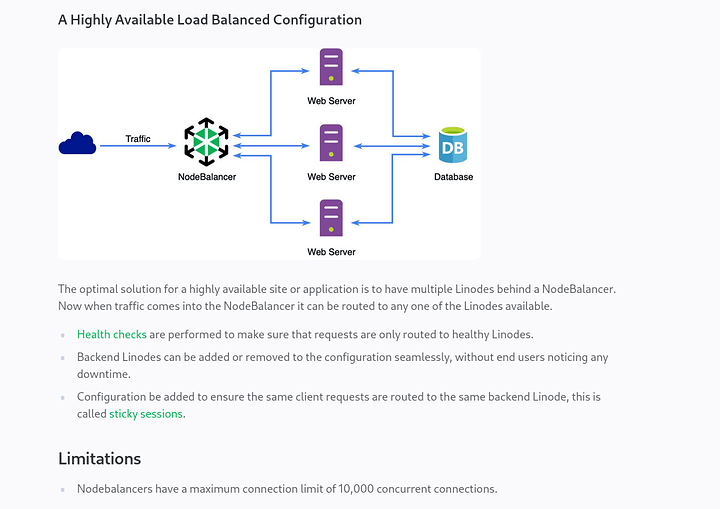 The planned centers: (reason is I travel globally alot. and thats kicking back up) 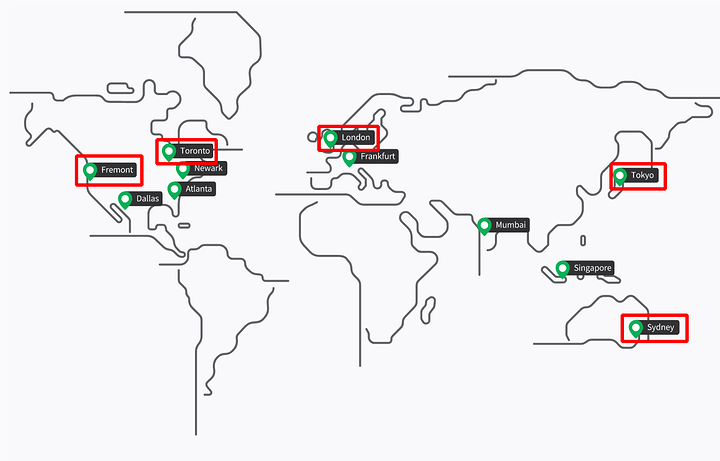 The question really is how much sense does it make. All of those locations would just be reverse proxies and ultimately would have to route back. I guess making for the closest proxy location is a form of optimization right?

But the question is do NodeBalancers also have a location or are they mirrored to all locations. I really dont know if I am doing the right thing here

You probably know I love frugality and scaling down to the bare minimum and KISS, so my answer may be a little… unsatisfying.

If the NodeBalancers have to make the trip back to your main server, then this will only make sense if Linode has leased lines between their locations. Not sure if that’s the case, but if it is, you will probably see a difference in speed or latency. And traffic has to travel through their leased lines and I doubt the users are allowed this privilege (that’s usually reserved for in-house traffic, like management or really latency-sensitive communications).

Another case in which it would make sense is if those NodeBalancers are caching webpages and requests and stuff. I have no idea how they work though. Reading a little about it, it appears they are just basic load-balancers. So just like any LB, these things only make sense when you got loads and loads of traffic going through your server (1k+ connection at a time from each NodeBalancer). Are you selling stuff or own a very popular website? I don’t think this makes either technical, nor financial sense for 1 user.

But if security is the issue, well, like any LB or reverse proxy, it is an added security feature. NodeBalancers communicate with the Linode web servers through private IPs (and if you’re on a limited bandwidth in Linode, this will help a little), so the main web server is not directly exposed to the internet.

I read there are some issues with hosting NodeBalancers with SSL on the web servers. You can’t get the real IP of the source, just the IP of the NodeBalancers and some websites don’t show up correctly (the steaming pile of garbage that is WordPress). To avoid this issue, it’s recommended you keep the SSL certificate on the NodeBalancers and have unencrypted traffic from them to your web servers. When it’s your own infrastructure, this should be fine, but I don’t know how it works in Linode, are you the owner of the NodeBalancer, or are they shared among multiple customers? If you want SSL on both the load balancer and on the web servers, HAProxy is the better solution.

And again, it’s certainly a cool factor to add redundancy and load balancing to your services, but if it’s just for you, this doesn’t make much sense. You can play around with VMs / containers in your own home lab and set things up as if it was a large corporate intranet. Paying additional money for 1-100 people doesn’t make much sense.

In the end, most likely you won’t see much of a difference in performance. It might add some privacy if you are connecting via the clearweb to your Linode web server, your traffic will show up as connecting to a regional server, which then goes through Linode’s VPN to your main instance, instead of you going directly to it. But then again, a reverse DNS lookup will show what you were connecting to, so kinda a moot point. If privacy is a concern, you can make a script to spin up Wireguard on new Linode instances and connect to them when you travel (or have them constantly running for ease of use). Bonus points for VPNs is that you can also use the private IP of your Linode instance to connect to it, so you also save on bandwidth costs.

YubiKey Do What Skeleton Key Do So we all know about the YubiKey. We are going to be using the 5 series in this guide and we are going to load all of our keys we need on a day to day deed onto the key via GPG! We are also going to pin and access code protect everything on the key preventing tampering! Without judging my messy desk I will be progra…

Links to Infrastructure Series and Blogs:

Well, appears I shall need another pi for NGINX… Unless I can run it off my 24/7 PC I use…I can switch over the Linux for everything on it I suppose. (Would use the Ryzen 5 4650G x300 ASRock Mini PC/ 32GB ram… plenty i suppose?)

As a novice I will say, I understand the concept of DNS, reverse DNS sort of, but recursive…not so much. I think I also need to have my E-mail alerts configured properly (I still have yet to learn this), I did get NGINX installed and working properly on a test machine with Fedora as the base OS… I assume I could possibly ru8n a headless distro like debian and install it and get it running as well, but I dont know what kind of resources it will need access to.

For the time being I may have the firewall in a loop to two ports on my switch so I can play with it, see if I can route through it to test its working properly to just this one machine I am on, then move to put it between the ISP modem and the switch to the AP. I do like the idea that @Biky gave me of having 3 VLANs for different trust levels… I myself for my sanity would probably need different IP ranges to keep in straight, then of course see what I allow to cross talk to each other on the switch…Ok head is full now… going to see what I can break. lol

In general I’ll all also have to redo permissions on some of my Samba shares… I could never get them to work how I wanted, or I may wimp out and use TrueNAS in a VM.

But a netmap is forming. yet the wife becons agaion for the 10th time as I write this…lol 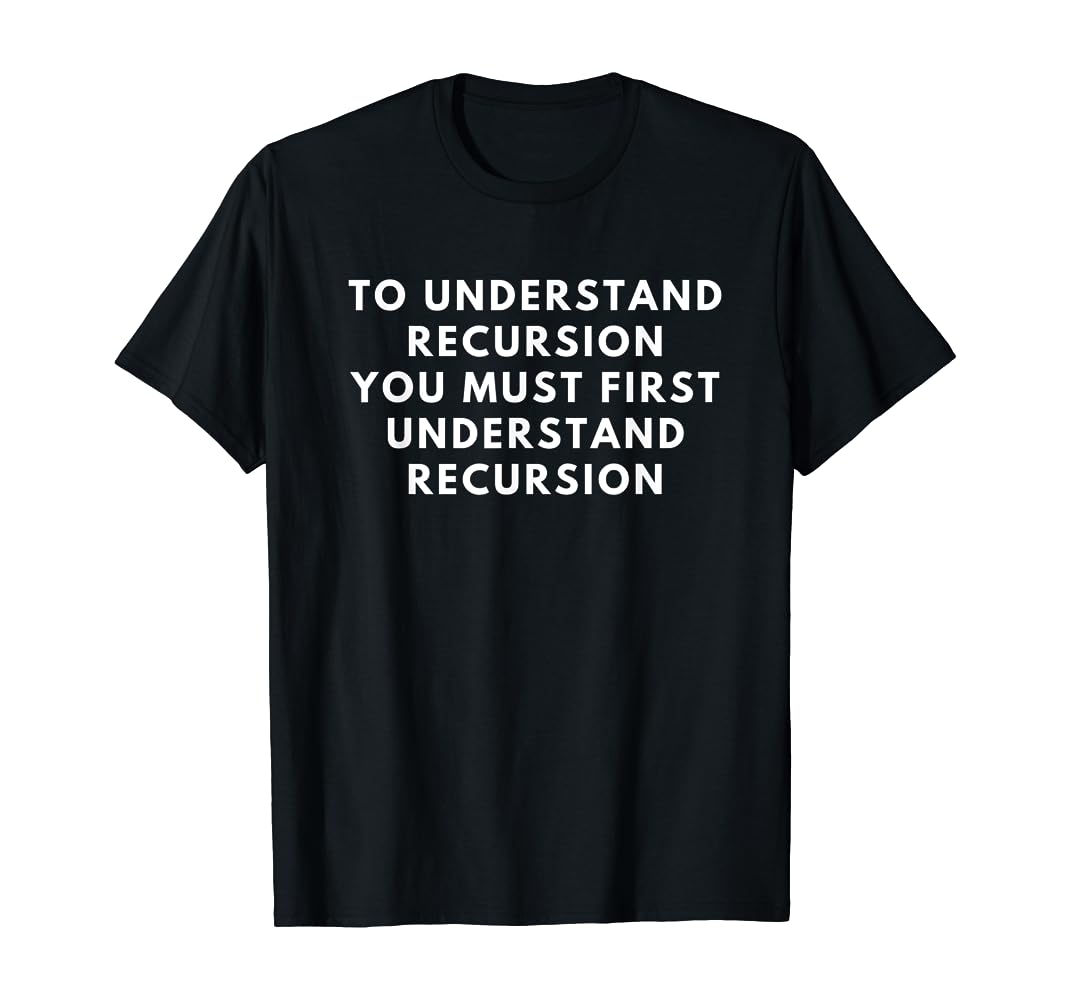 I do like the idea that @Biky gave me of having 3 VLANs for different trust levels… I myself for my sanity would probably need different IP ranges to keep in straight, then of course see what I allow to cross talk to each other on the switch…Ok head is full now… going to see what I can break. lol

yeah hes a good resource. Also more currently frequent to the forum. I feel bad that ive taken to an absence but its generally been busy

As I’ve said no worries at all. You do you! Lol I’m having fun bumbling around.

I can often be caught on discord more often the level one discord.

My handle is “rear” admiral dox

No. I live a non live notifications life is the life. I disconnect regularly. I dont always live attached.

Someone thinks that I have notifications for things.

I did not say you lol

So, for testing… What would be the best way for me to run a setup like this? Or should I go for a physical connection to the LAN port on the Protectili? I know you said you have used cisco switches, have you ever had a problem with the updates saying the Firmware Image was too large? Or is this not possible because I already have a router “up str…

Try looking online for CCNA resources. If you want the certification, buy the courses. CCNA is in more high demand only because of brand recognition and they arguably offer some more advanced knowledge than CompTIA. They are Cisco specific most of the time (in some labs, you may do OSPF and LACP, which are open standards), but if you know one, you basically know them all, just a difference in terms and commands used.

Took a while to figure out how to mitigate the 53 DDoS.

Basically my situation was I could not stop the incoming flood traffic, well guess what …? iptables string-match rules can be used as a last resort. Keep in mind that string matching is resource-intensive and may slow down your network speed and your servers btw… however if you need to shut out an attack, this option is better than letting your server continue to answer the abusive queries to port 53

so the first thing I did was get a hex-dump of the packets I wished to block. tcpdumping them out

The option -c10 specifies that you only want to dump out 10 packets at a time from port 53 only looking at input.

I was seeing this bullshit

BINGO Running this rule will immediately shut out all matching queries, preventing your server from wasting time and bandwidth trying to answer them.

The next steps were basic

Disclaimer: *You should always apply to INPUT before FORWARD or OUTPUT

Yeah, if fail2ban is not an option, the last resort is --limit rate and --limit-burst in iptables. But as you mentioned, it’s a little CPU demanding (like any QoS for that matter).

its not. I refuse to block any node from being allowed to access DNS. That to me is a failure of the open internet