Permaculture. Any one heard of it? Any one practising?

I am RotaryTelephone and I approve this message.

This is the kind of stuff I thought you were talking about. My grandpa was the urban garden master. We didn't have bees or chickens though. We would just try to attract local wildlife. If you looked outside at the right time you could see a bird of prey getting some food or maybe a garden snake snatching up a field mouse. One thing I haven't noticed anyone mentioning is planting things that repel pests.

I agree with you but is there a reason why you couldn't do something along the lines of maintenance?

Well you could but, is it an appropriate use of time? The idea after the high energy input during establishment is that there is little input required aside from collecting the bounty.
Of course you're free to do as you wish and could spend time making it more "tidy" and "presentable"

One thing I haven't noticed anyone mentioning is planting things that repel pests.

That is something addressed in the more detailed talks/videos on the subject.

A commune. That is what most people will think of it as.

Well you could but, is it an appropriate use of time? The idea after the high energy input during establishment is that there is little input required aside from collecting the bounty. Of course you're free to do as you wish and could spend time making it more "tidy" and "presentable"

I was more curious if there was a detrimental effect. I actually enjoy gardening I find it therapeutic.

There is always plenty to do without weeding, but the idea is that all plants are selected so that there aren't any weeds.
It's up to the individual to decide how much they leave to nature. If you have a garden might I suggest growing comfrey, it grows a tap root up to 3 (I want to say feet but have a suspicion it might have been meters) into the ground and draws a lot of minerals up, also you can chop the leaf matter soak it in a bucket for a couple of weeks and have some awesome fertiliser. Take note though it can spread prolifically, from any shread of leaf, so to keep it controlled make sure to leave none behind and cut before flowering.

Yes it is a community of plants.
But I'm sure that's not what you meant, and I would think that the people who think like that would also happily munch on some tasty gmo corn with fresh coatings of round up on their way to vote for Trump.

I am literally beyond arguing with people about GMOs at this point. Suffice it to say that everyone in the biology department of my university is fine with them. So yeah. Live on with your nonsense. I'm out.

I'm just certain nature is capable of doing a better job than man. I believe we need to stop monoculture, and encourage more local food production with a variety of foods in each place.
Maybe when I'm 80 I'll consider the science sound enough to agree with gmo.

Edit : How long did it take you to personally talk to everyone there to get their opinion?

thing is, jamon is 52-96$ per pound. it is the most expensive meat in the world. their are other ways farm pigs which would give you larger amounts of meat for less effort and space. however people are willing to spend huge amounts of money for this specialty pork so taste matters more then anything.

in the desert, growing anything at all is very difficult.

and well this method might work well in these specific situations, as far as growing food for the entire population of earth, efficiency and mass production are paramount.
whats better for the environment or taste better is the rich mans concern. the masses need to eat and affordably.
we already have a crisis going on with the population growth and food production. their may soon be more mouths to feed then earth can sustain. possibly within our life times if science doesnt pull out a miracle or a large portion of the planet dies.

TL;DR people are going to be and are currently starving and we need the most food out each acre

We also need quality food shall I go find the study that found that although you might harvest larger quantities of produce with NPK fertiliser, the dry weight is less and the mineral count is lower when compared to organic. I just read the brief the other day but it was in a book so might take me a while.

As for the food crisis I agree we need more food but covering the globe in soy and corn will not solve this problem. It will just deplete the soil and make it harder for us to return to a productive piece of land. That's ignoring the residues left from round up being sprayed daily to combat the pests thriving in this unnatural environment.

The food production in the pieces of land I have visited has been unreal, a few of them lacked the manpower to harvest and food was going to waste (I don't actually believe in the term waste, the food although not eaten by man is a food force for other things and helps keep the soil living. Yes Good soil is alive, the every top layer of very good soil is humus and is a layer of micro-organisms.).

If people actually tried we could easily feed the world right now but its not economic, people would rather make money and watch their fellow man die.

I personally have survived off the "rubbish" of supermarkets and I will say I don't think I have eaten better, until I started to care about eating organic (which I'm not strict on, it's like bbq chicken is my favourite pizza but I'm not going to turn down Hawaiian) but I was getting fancy cheeses that would cost $20 in the store it was unreal.

Any way I kind of got side tracked and forgot the point I was trying to make. Monoculture is shit and unsustainable I think is what I intended to argue I don't think I did that at all. 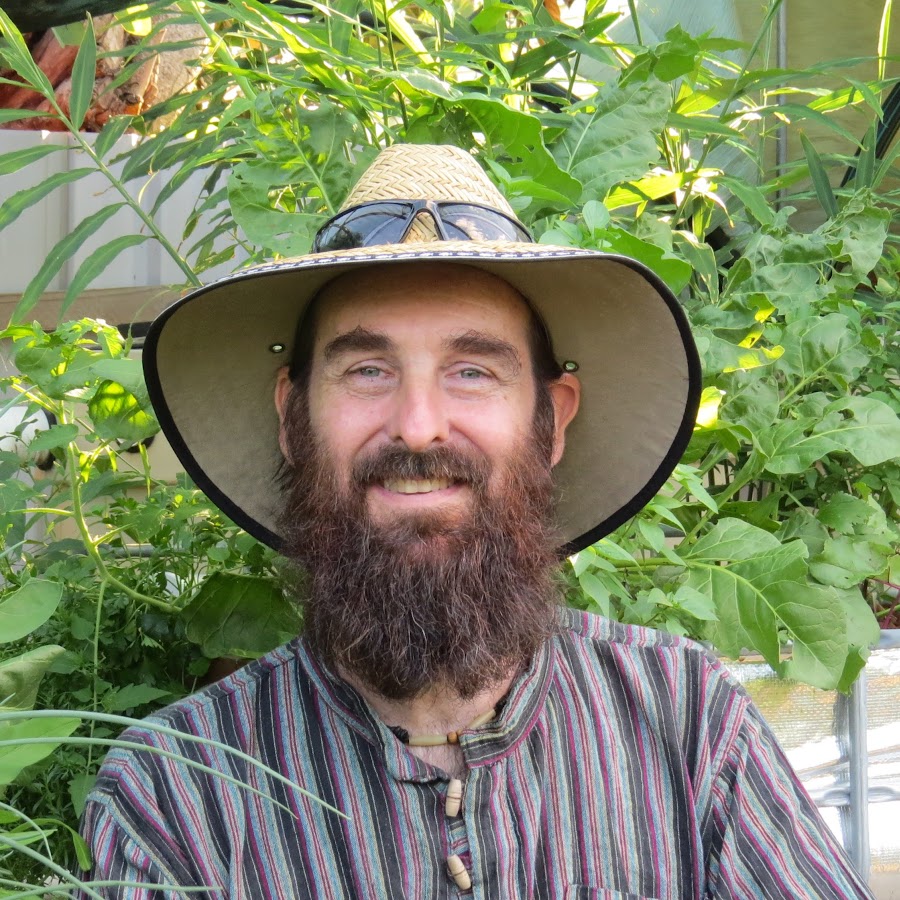 He has quite a setup.
I would Like to get into AquaPonics but trying to get fish like Trout/Salmon or Similar alive in New Zealand and going thought the all the Licensing that you have to go though. just to be compliant to Keep Said fish, its quite a disincentive.

It is possible to find brown and rainbow trout in water ways, bit tricky to catch and take home alive but I'm sure it's doable. The problem with them if I recall correctly is the time it takes them to reach maturity, around three years.
Did quite a bit of research on it a few years ago when I had the opportunity to make use of an empty warehouse, wasn't going to have to pay rent until I was turning profit! I tried to talk to MAF about talapia and such but got a big ole no.
Looking back I should have taken the opportunity and just set up hydroponic, and now I have discovered areoponics.
Pretty sure I have seen rob bob, but I'll check him out again. Thanks!
Side note where in NZ are you based?