So here is my current situation, I have some homelab/DIY servers that are running TrueNAS/FreeBSD on an AMD MSI Tomahawk MAG-B550-B550 motherboard. Currently the servers are running fine however I have one predicament which is the GPU for some basic console output.

The motherboard has 2 16x PCIE slots and also 2 1x PCIE slots. Currently the 16x slots are occupied by a HBA and an Intel 10gbe NCI which only leaves the 1x slots for a GPU and herein lies the problem.

Does anyone know a cheap passively cooled VGA PCIe 1x GPU that works on this motherboard? Since the system is running TrueNAS/FreeBSD it only needs basic console/TTY (basically to diagnose if there is some issue with the server that can’t be done over the network). Originally I bought a Sunix VGA0411 however it doesn’t appear to be working (I am not getting any VGA out). I have a suspicion that this may be due to the cards being too old for some PCIE spec, either that or I am configuring something incorrectly).

At the moment I have a really janky solution of using a GPA PCIE 1x riser card with a old GTX 10xx,9xx cards however since its a riser the GPU’s are not even physically in the chassis and I am at the point where I want to close the chassis properly. 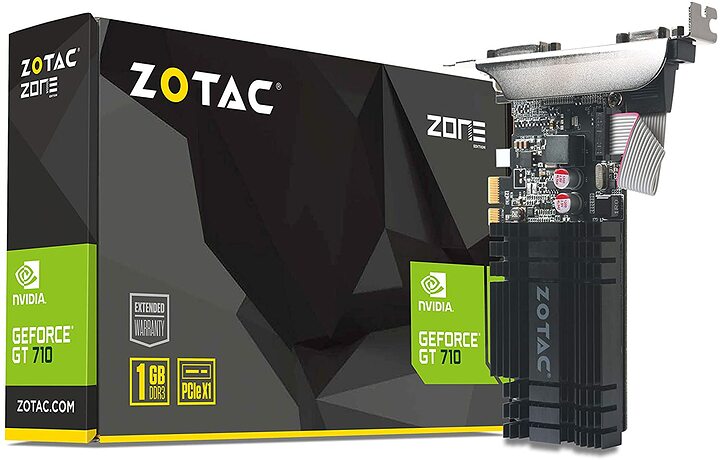 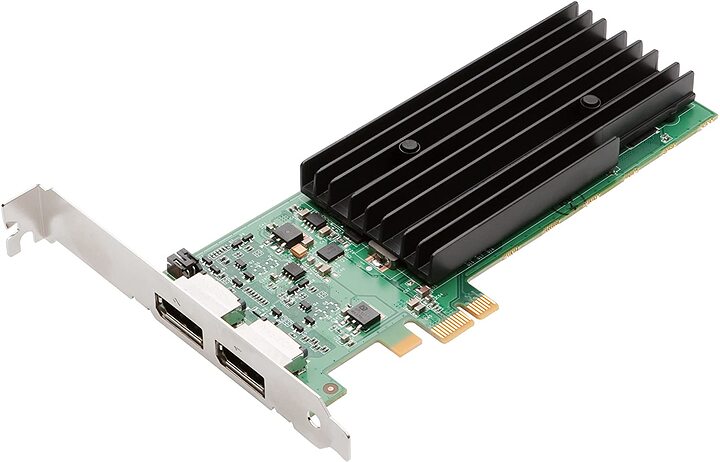 Was about to recommend the gt 710, but someone got ahead of me.

Do you really need a GPU in your server? It’s an additional 15 to 35w power consumption. If everything works ok, you shouldn’t need one all the time in (unless there are other constraints, like having no easy access to the server and needing an out-of-band management). Considering this is a homelab, if the server misbehaves, it should be easy to just shut it down, stick your riser and a GPU and debug it. If it was a server to be sent in a data center lacking IPMI, it would have made more sense.

Also, maybe this GPU with a PCI-E x1 to m.2 would work, if you don’t have any m.2 slots available:
https://www.asrockrack.com/general/productdetail.asp?Model=M2_VGA
(power consumption <2w)

The Asrock Rack m2_vga uses the same SiliconMotion SM750 chip like the Sunix VGA0419L
https://www.sunix.com/en/product_detail.php?cid=1&kid=2&gid=15&pid=1763
Being a lower version number, VGA0411, the m2_vga and the VGA0419L might solve the issue, but you never know, so take that into consideration.

Do you really need a GPU in your server? It’s an additional 15 to 35w power consumption

The only reason you would need video is to setup the NICs and IP addresses. I use DHCP reservations so I leave my TrueNAS box headless and plug in a video card when I need to local console into it, which is never.

That’s what I was saying. Once you have done your initial configuration, it can stay headless until something goes wrong and need to see an output to debug it. Otherwise, you don’t need a GPU full time in a server.

Unfortunately the GPU at one point is necessary mainly for diagnosing network issues (which has happened before). The biggest problem is that due to the way the the servers are stacked, its incredibly difficult to open up a server to add a GPU in. Ontop of this, there aren’t actually any free PCI x16 slots and hence taking out either the HBA or the Intel NCI is a non option. Of course normally nothing goes wrong but the problem is that when something does go wrong the current solution (for me) is beyond impractical.

Thanks for the suggestion about the VGA0419L, it seems like the older Sunix model had an older chipset that probably caused issues so maybe the newer VGA0419L will work without issues.

Power usage is not really a concern and the Sunix card at least is designed specifically to have very low power usage (it is designed for servers/thin clients and it only takes 2W). Now I just need to find it in Europe.

Unfortunately the GPU at one point is necessary mainly for diagnosing network issues (which has happened before).

Apart from getting a B550D-4L I can only recommend throwing in another NIC to SSH into TrueNAS to diagnose problems.

OpenMediaVault can be installed over Serial.

Hi Guys, So i have been banging my head against this for some time now. My objective is to install TrueNAS on a WD Sentinal DX4000. I have manged to connect to the device over a serial console and have managed to change the BIOS boot setting to...