PCI passthrough in ESXi 6 with AMD?

Hi,
I wanted to experiment a bit with GPU passthrough in ESXi 6 on my vm server (2x AMD opteron 4122 qc, 16 (2x8) GB DDR3 ECC, tyan MB, AMI BIOS) but vSphere is telling me that my host doesn't support passthrough configuration / DirectPath I/O. IOMMU is enabled in the BIOS but I couldn't find any setting for AMD-V. Is there any way I can get this running or should I give up and look out for a good xeon server deal?

What motherboard model # and what GPU?
Also, check your parts against the HCL:
http://www.vmware.com/resources/compatibility/search.php

MB: Tyan S8229 (appears to be an OEM model)
GPU: An old NVIDIA GF9300 I had laying around. If I can get DirectPath IO working i'll replace it with a newer one

If you have ESXi running and you can successfully create machines and run them, then AMD-V is enabled. I think you just have to specifically switch IOMMU on due to what it is enabling.

that gpu might not make the cut. But your cpu's definitely support it.

a quote from page

List of AMD and AMD-based hardware that supports IOMMU. AMD's implementation of IOMMU is also known as AMD-Vi. Please note that just because a motherboard uses a chipset that supports IOMMU does not mean it is able to and the bios must have an ACPI IVRS table to enable the use of it. At least one Asus board
is known to have faulty BIOSes with corrupt ACPI IVRS tables; for such
cases, under Linux, it is possible to specify custom mappings to
override the faulty and/or missing BIOS-provided ones through the use of
the ivrs_ioapic and ivrs_hpet kernel parameters.

I double checked that IOMMU is enabled and booted with those two kernel variables and it is still not working...

Only the Quadro series of Nvidia cards are known to work (and of course GRID cards). I don't think any of the GeForce cards will work except for a specific couple that could be firmware flashed (and modded) into Quadros. Radeons work better. Wendell touch on this in his video a few weeks ago. Passthrough may be working, just not a compatible card. 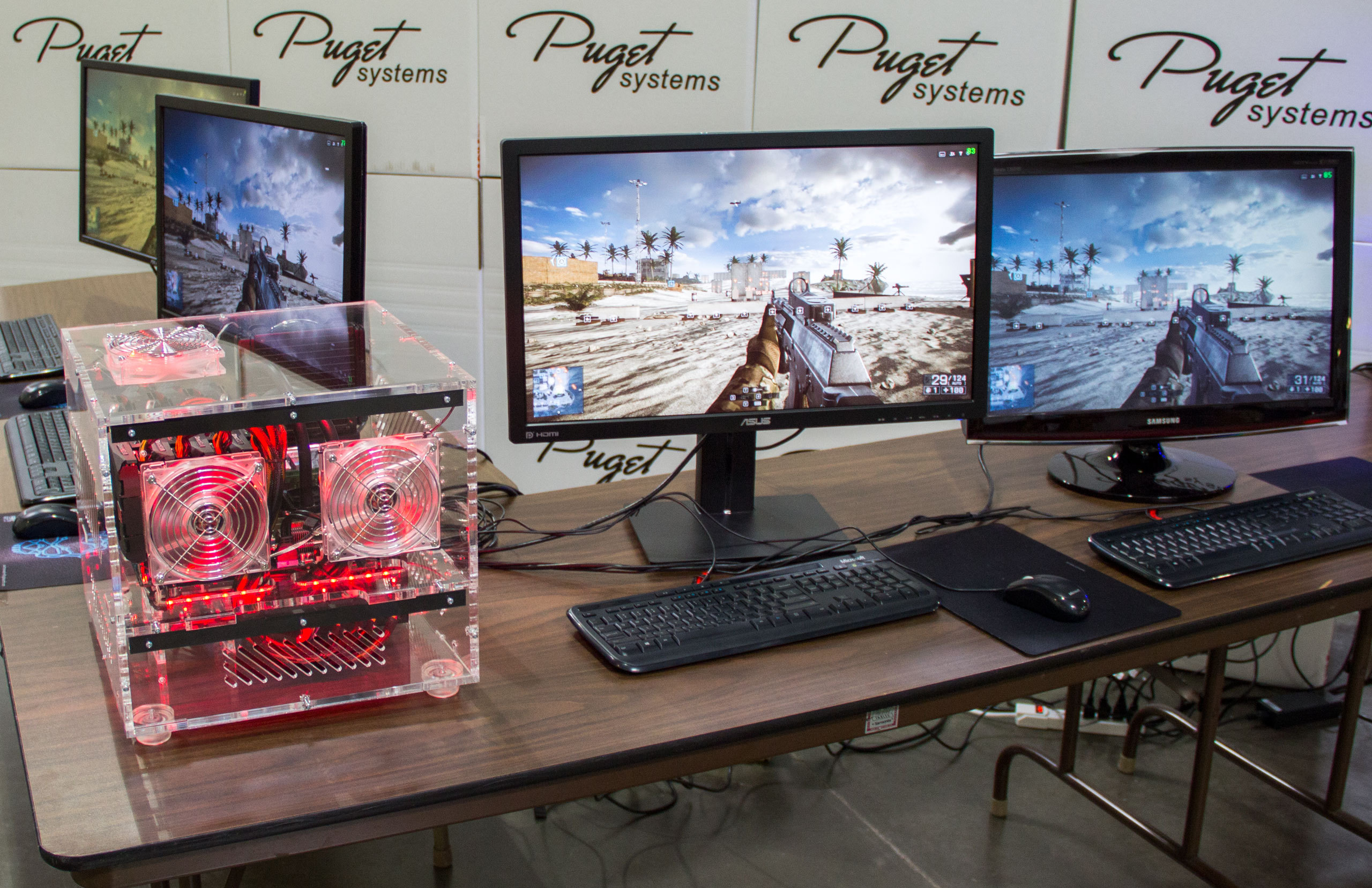 As powerful as modern PCs are, sometimes it feels like a waste having just a single person using a PC at a time. By using various server virtualization technologies including virtual machines and PCI passthrough, we created a multi-headed gaming PC th...