So I’m building a new ryzen 2 system, and I noticed the ryzen only supports 20 open pci-e lanes. Will I be going over that with a 1080 and 2 nvme drives, or will I just be at the limit?

Ryzen have direct M.2 to CPU connection. The 20 lanes are 16 for GPU and 4 for the chipset. If you can saturate the chipset lanes - then you may be in trouble…
But in general use, you should be fine.
Just make sure your board supports dual NVMe drives. Some boards support only one NVMe, that is directly wired to the CPU and the other M.2 slot is only SATA. So choose wisely.

// In some mobo’s you can edit the bios, and turn off more SATA ports and assign them to 2nd NVMe_2 port making it almost 8x 2.0.)

Internally ryzen has 32 pci-e lanes;
but only 24 are available.

Here is the primary source:
https://www.amd.com/en/products/chipsets-am4

So I checked my mobo which is an asrock x370 Fatal1ty Professional gaming.
Layout:

If you can set the GPU slot to just use x8 PCI-E as mentioned above, this shouldn’t be a problem regardless. What I’ve seen so far indicates a 1080 doesn’t saturate x8 PCI-E 3.0 so there shouldn’t be any noticeable performance hit.

My long term goal for my new build is to install this card and use it as a boot drive. Should I just start eyeing a thread-ripper build instead? 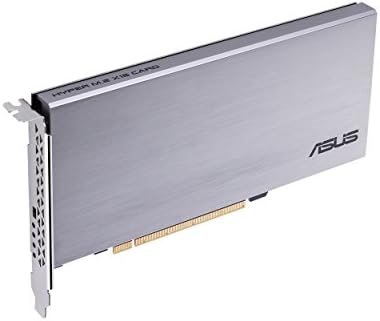 If you are thinking about using that, keep in mind that you need Bifurcation Support on your motherboard. (At least I am quite certain it is required, maybe one of the motherboard gurus can help out.)