I am wondering if the forum mod (s) might be so inclined as to put in a dedicated category slot for FRANKENSTEINERS. I noticed that most of the post entries relating to this subject are quite old but we do have one dating back to 2015 and I suspect that if we had a category out in the forefront paralleling the other PC BUILDER categories we might see more action here. Frankensteining is an art form, a great hobby, and it’s good for the environment. So there’s my plug. I will continue my related communication in a separate post.

This is my related post. I am currently in the middle of frankensteining an old Dell Studio 435T/9000 XPS. I suppose cannibalizing may be more appropriate in this regard as I desire to move the innards into a standard ATX computer case. To begin with I mean to transfer a Dell X58 motherboard into a mid-tower case. My questions:

As for the Frankenstein category, the admins and mods are trying to keep fewer categories and subforums rather than a bunch for more niche topics.

As for your build, Dell is known for having proprietary components. I know their PSUs and motherboards will often have proprietary connectors. The mounting holes for the motherboard may be different as well.

we actively avoid having a plethora of categories

admins and mods are trying to keep fewer categories and subforums rather than a bunch for more niche topics.

use the appropriate Hardware category, in this instance, the Build Log category is fitting

When I tried to reuse an emachines 1300 case, which is compact and built like a tank I found out it is too narrow for a standard MB. However I never tried the MB in a standard case.
My Dell I was able to replace the MB when it went bad, no idea what model but it was an Phenom X3
Good luck trying to find a spot on the new MB for the 15 card reader to plug into, I gave up on that one

Make sure you get a splitter for the extra fans that modern cases can accommodate if you plan on extra fans. Nothing worse then spendin 5 bucks shipping on a 2 dollar splitter.
You can measure the MB and see if it complies with a standard MB format. Just looking at the case it looks like a standard tower already so it should not be an issue. 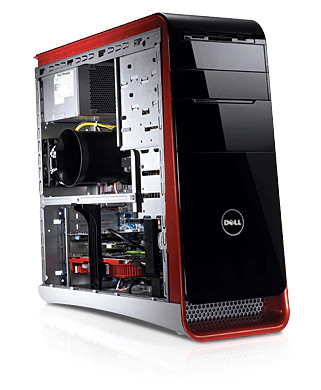 Ok feel like a moron…the 15 pin card reader will fit fin in a standard 3 inch bay where diskette drives used to go. Totally forgot its an older MB going into a new case

I’ve never used them because I am very much a noob at using this forum, but maybe a Frankenstein tag would be useful?

I’m always cannibalizing things and jamming them together. That along with crazy custom adapters and such to get things to work are hallmarks of many of the builds I make for myself.

Tip to avoid buying connectors - solder wires in place. No, it isn’t always easy to take back apart, but if you leave enough extra wire for routing you can also leave a bit extra to hack it apart if you need to quickly rip it out.

Another tip - the difference between 12V+ and 5V+ is 7V+. I have a few fans in machines including the 120mm LED fan on this PC connected in this way (+ to 12V, - to 5V). It lowers the RPM’s and thus the noise. It isn’t as nice as a good PWM controller but it works. I usually go through a big box of old fans and connect them to an adjustable power supply to see how they sound at 5, 7, and 12V both free air and with restriction to choose which one to use on a project.

And yes, that’s the McKoy were are talking about in that picture you so graciously provided. So you say the card reader fits in a floppy disc bay? Interesting. I thought i’d just opt for a new card reader. I’ll have to check that.

Well, I did place this in HARDWARE

Still trying to get my Zenith Data Systems Mastersport 386SX apart with out breaking it (more) because the HDD finally died and I figure FK’it. SSDs everywhere and in everything. Got to get it apart though to even see what I am going to have to do to rig a SSD into it.

As for the Frankenstein category, the admins and mods are trying to keep fewer categories and subforums rather than a bunch for more niche topics.

As for your build, Dell is known for having proprietary components. I know their PSUs and motherboards will often have proprietary connectors. The mounting holes for the motherboard may be different as well.

I do appreciate the idea of keeping a measure of control on categories. To be honest I don’t really think of this subject material as being all that sub-standard or less significant. Rebuilding is a huge subject. I just feel that if we had a FRANKENSTEIN category that was somewhat more obvious there would likely be a great deal more participation in this regard. Lots of people like to mod and RE-BUILD as an option to just building and constantly shelling out for new parts. In a harsh economy this is likely to be a trend that will not be diminishing any time soon. Besides, recycling is in vogue. How about a REBUILDING category for PC RE-BUILDERS if the term FRANKENSTEIN doesn’t seem appropriate? Just a thought.

As for the proprietary issue I’m glad you addressed this as this is my main reason for my post. I will certainly need to use the native PSU with the motherboard and I’m wondering if it might be possible to move the power supply to the bottom of a standard case with ease or if anyone else has done this. Call it a shot in the dark but already I’ve learned something new that could be useful to me from another poster. Yes, there is a place for this and I don’t really think it should be handled as some obscure or exotic interest. Just my opinion, of course.

Isn’t that a notebook? Those can be very tricky.

I asked for a vintage setcion sometime last year and it was in the “we’ll consider it maybe” pile.

You could do “Build a PC” and tag it under fstein.

Notebook fom 1992, I can find stuff on almost every ZDS laptop but the one I got. Only thing I’m sure about is that it had a List price of $3,999 new and it was a model that the Air Force used and only learned that from looking at old magazines that google has archived.

otebook fom 1992, I can find stuff on almost every ZDS laptop but the one I got. Only thing I’m sure about is that it had a List price of $3,999 new and it was a model that the Air Force used and only learned that from looking at old magazines that google has archived.

Wow. So it’s probably hermetically sealed then. Is there anyway to even figure out how to access the drive without using an x ray machine to find the access points?

Just plugged it in and no power, So now if I get it appart I will probably just put a barrel connector on it so I don’t have that being a problem. 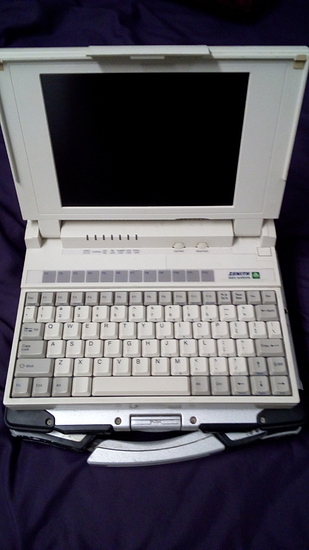 Does it use biometrics?

Nope, a little old for that in a laptop.

Just don’t expect the mods to actually fix anything and wendell and them have actual jobs to worry about lol.

Ha ha ha… Meh, I wouldn’t even be here if it weren’t for Wendel and the team. Love that crew. I use that for my profile pic coz I think it is important for one to remember one’s roots. lol